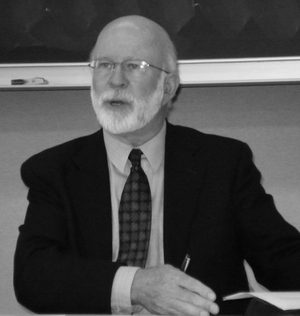 Christians must ask for something better than personality pageants.

You might think that in an American presidential election year, the candidates and the media would focus as ser iously as possible on the most important questions about America’s future. But, for the most part, that’s not what we hear and see. The candidates are, instead, spending tens of millions of dollars to try to win a sales contest on the basis of meagre slogans: “I’m the true conservative,” “I’m for real change,” “I’m the one with experience.” And we are supposed to feel assured that the winner will lead the United States to an ever brighter future.

But how can candidates assure American citizens that their leadership will be successful if they can’t explain clearly the greatest challenges and opportunities now facing the country, and offer sound proposals for how government should address those challenges and seize those opportunities?

This is the point at which Christians, in their civic capacity, must dig deep, refuse to go along with the personality pageant, and work for something better. Citizens need to see that the United States requires political leaders who can do more than repeat familiar slogans about America’s preeminent place among the nations. Equally important, citizens should recognize that government’s responsibility is highly important: to do justice in dealing with today’s great public challenges and opportunities.

This takes us to the heart of a very serious problem with American politics. American citizens and candidates are suckers for symbolic rhetorical utterances. At the same time, they hold a suspicious and even disregarding view of government. To put it simply, we love America, but don’t think much of government. We want a president who will make a good show of presiding over “God’s chosen nation” and, at the same time cut taxes, reduce government, and leave us alone to exercise our freedom.

Christian citizens, by contrast, should march to the beat of a different drummer. We should exhibit a more modest patriotism while holding a higher view of government. The Bible makes clear that God’s chosen people come from every nation, composed of those who are grafted into the Root of Jesse—the Messiah of Israel, Jesus Christ, by the power of the Holy Spirit. God’s “Most Favored Nation” is not the United States, or Canada, or any other state in our world today. For this reason, we should be modest patriots in the political communities where we hold citizenship, remembering that for God, “the nations are like a drop from a bucket, and are accounted as the dust on the scales . . . All the nations are as nothing before Him, they are accounted by Him as less than nothing and emptiness” (Isaiah 40:15-17).

The Bible also makes clear that governments are very important servants of God, called to establish and uphold justice. We should, therefore, have a high view of government instead of holding it in low regard. For this reason, we should also demand that candidates for high elected office speak directly and specifically to the responsibilities of government and explain how they would seek to fulfill those responsibilities, if elected, in ways that advance justice.

The American presidential election this year should feature serious presentations by candidates on how government should address at least the following domestic and international issues:

These are not narrow, technical matters but big responsibilities that depend on what citizens and public officials believe about the meaning of human life, and about our responsibilities to one another and to the rest of creation.

Whether or not God is calling us to a life of public service, you and I are citizens with civic obligations. We need to find ways to strengthen one another for that responsibility so we can offer real support and encouragement to those whom God does call to fill offices of government service.