The wise person knows how much harder it is to create than to destroy. One requires vision and courage; the other simply reacts.

As free societies around the world reckon with surging populism and we gaze warily at one another, it’s worth taking a moment to revisit the journey of those societies that didn’t just linger at the precipice, but toppled over it. The twentieth century is all too notorious for its murderous record. After two world wars, Korea, and Vietnam, we watched as countries as distinct as Rwanda and Northern Ireland, Cambodia and Bosnia, Colombia and Lebanon descended into terror and tribal warfare. Man turned on man, neighbour hunted neighbour.

The images screened around the world for each one of these conflicts linger with many of us, and those who captured them in real time are often scarred with unspeakable memories. But, as laws of the heart go, restoration is like a green shoot, undeterred and unquenchable. These countries have and continue to build a different story. Not linear or tidy stories, but hopeful and instructive nonetheless.

What follows is a visual collage of trust’s struggles and rewards as it re-emerges in worlds once torn apart. We are grateful to the VII Foundation for allowing us to share this gallery from their journalistic compilation Imagine: Reflections on Peace, and to Jonathan Powell, chief British government negotiator on Northern Ireland, for his earned wisdom from the trenches. The following captions and excerpts are taken from this compilation. 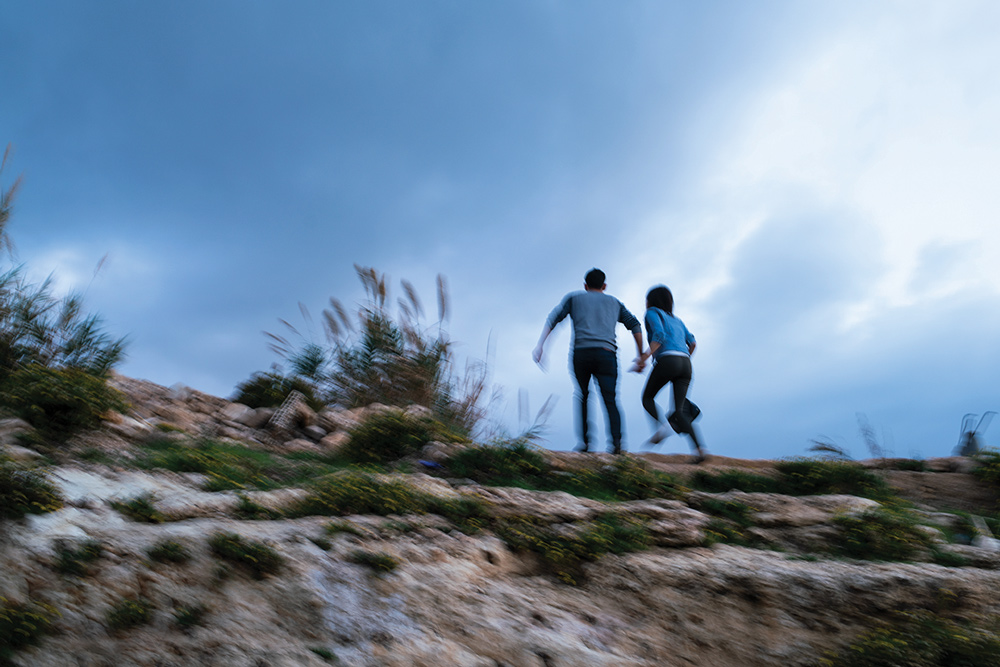 A young couple races up a hillside near Pigeon Rocks on Beirut’s westernmost tip. Photo by Nichole Sobecki / VII 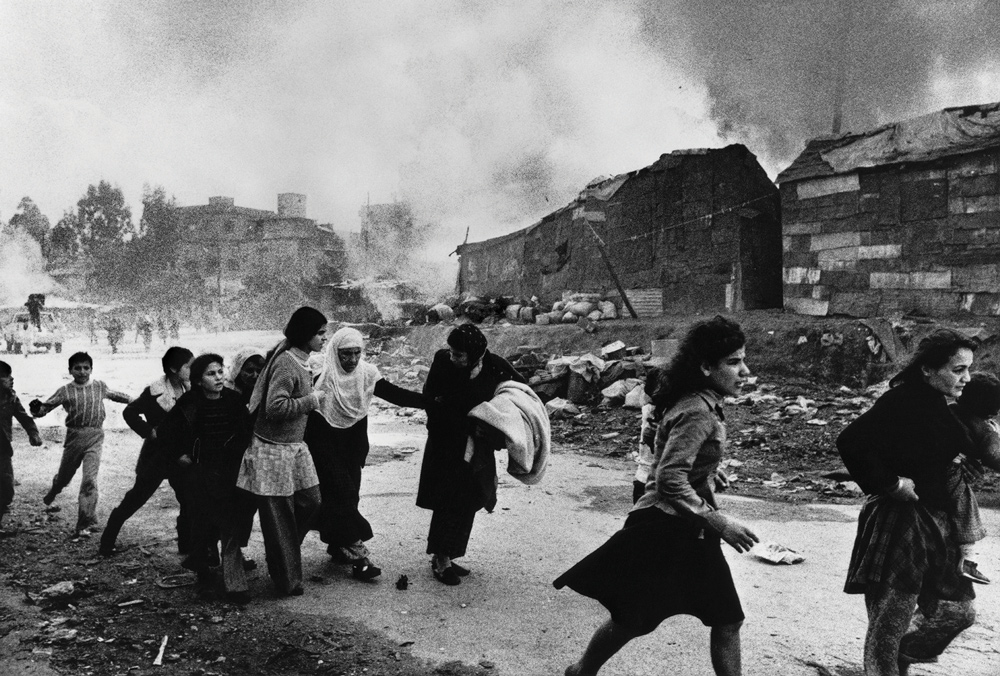 To make progress towards peace, you have to build trust by going onto the other side’s turf rather than demanding that they come to meet you in grand government buildings. Shared risks can foster a bond. 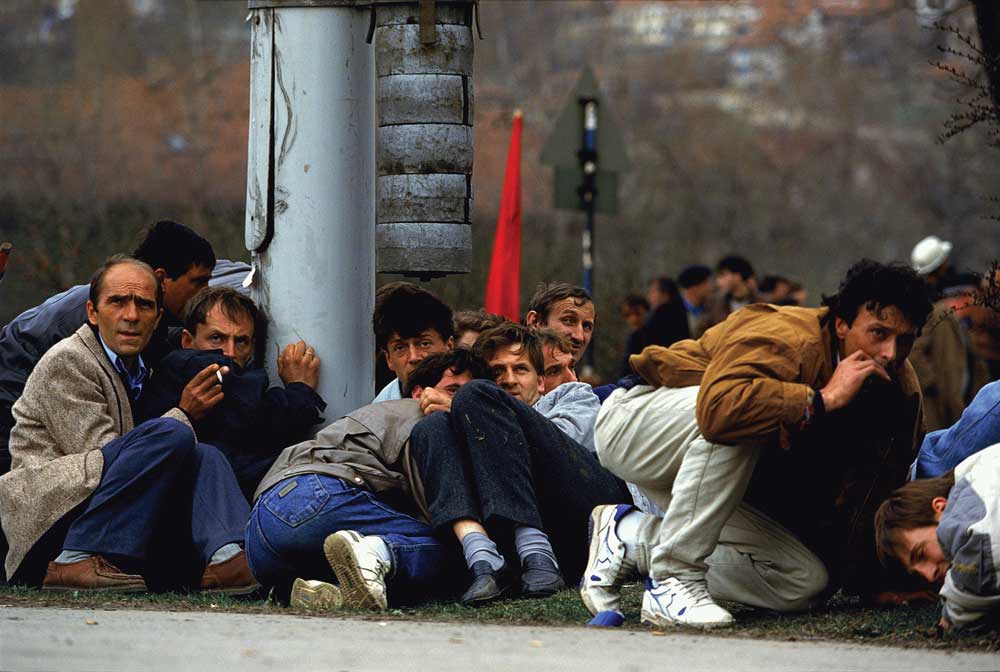 Bosnians dodge sniper fire at a peace rally in Sarajevo, Bosnia. They had been calling for the preservation of a multiethnic society when gunmen from a radical Serb political party opened fire on the crowd. Later that day the crowd stormed the parliament building in protest. April 6, 1992. Photo by Ron Haviv / VII

Experience suggests that two factors need to be in place if peace negotiations are to be successful. The first is what academics call a mutually hurting stalemate—that is, not just a stalemate, but one in which both sides perceive that they are paying a price and want the conflict to stop. . . . The second determining factor is having the right leadership. 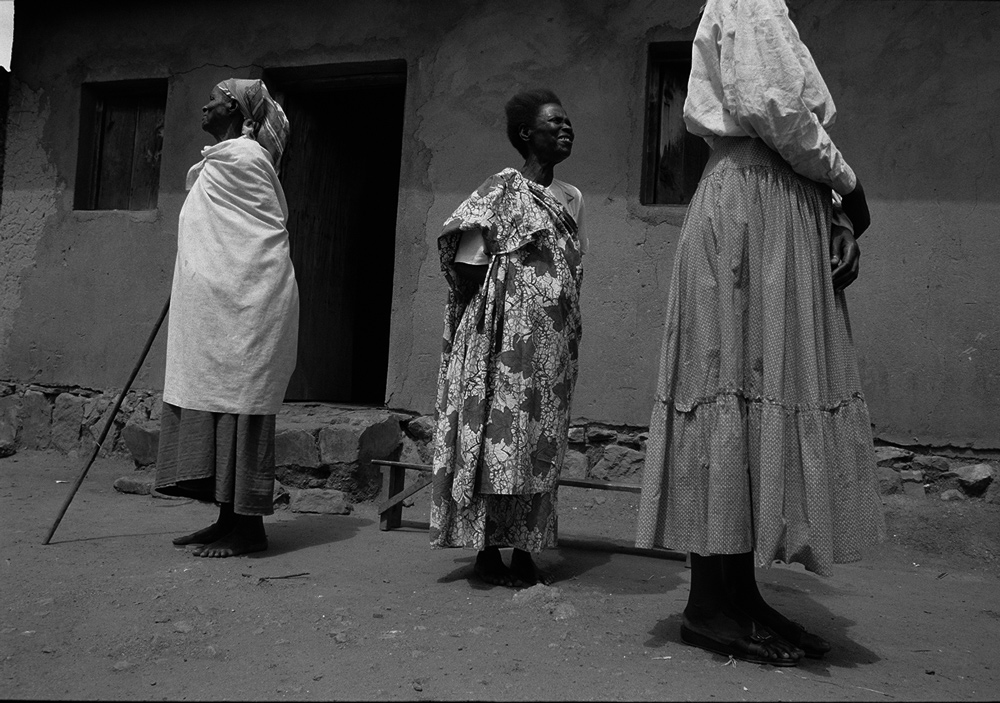 In 1996 Laurencie Nyirabeza was shocked to find that her former neighbour, the génocidaire Jean Girumuhutase (below), had returned to live in her village. She claims Girumuhatse killed 10 members of her family, including her children and grandchildren. He did not deny the claims. She and Girumuhatse were both interviewed by journalist Philip Gourevitch with Picone. When Picone returned later on this trip, Nyirabeza had died. Her surviving granddaughter said that her grandmother was never able to move on with her life and always resented the proximity of Girumuhatse. Photo by Jack Picone 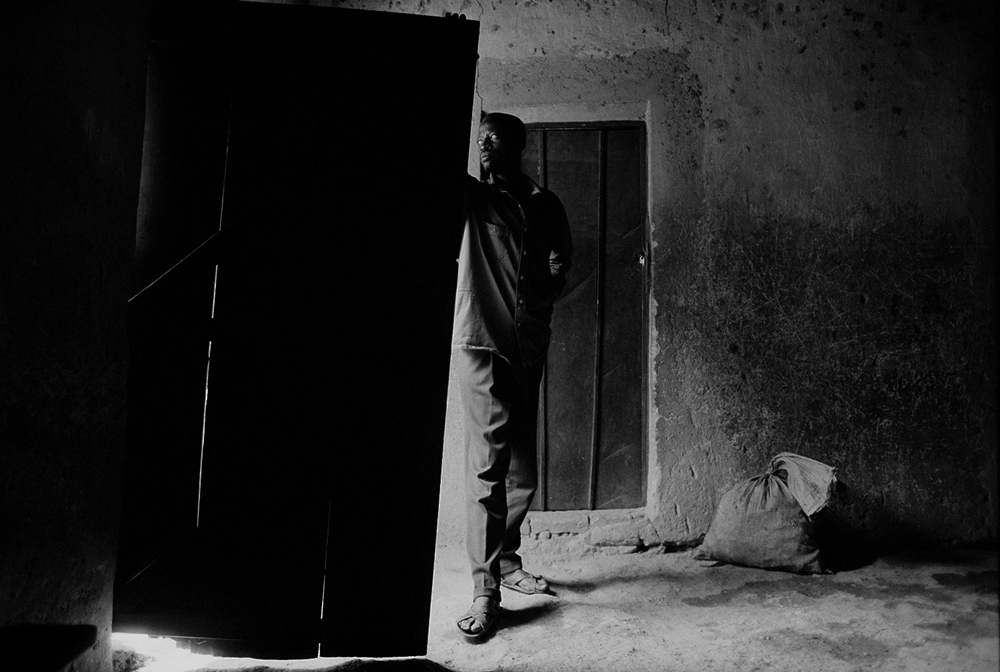 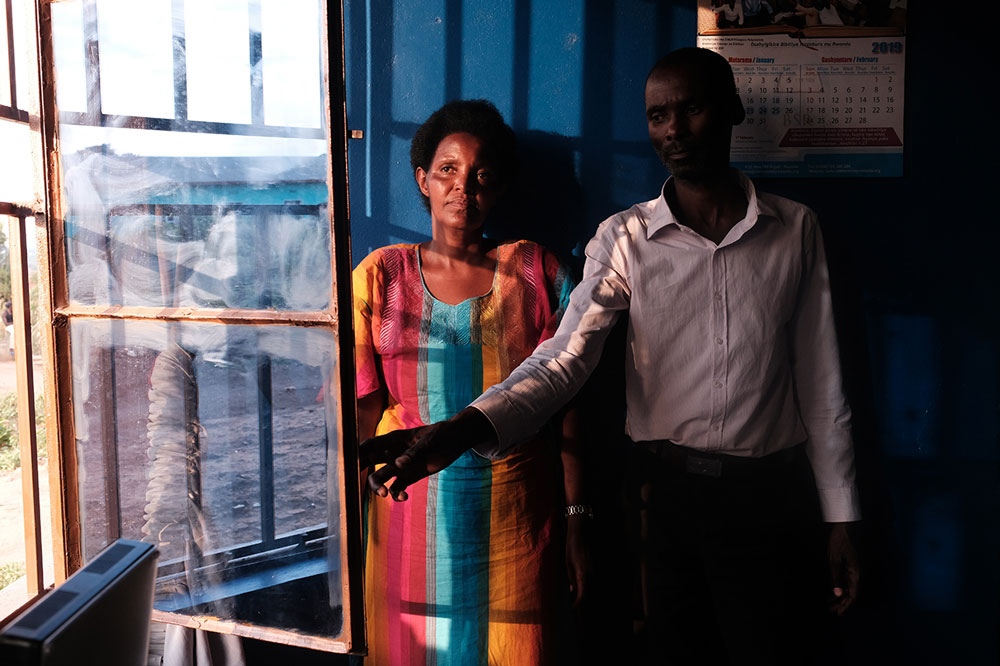 Alice Mukarurinda and the génocidaire Emanuel Ndayisaba. Ndayisaba admits to killing dozens of people during the genocide. Alice is just one of his victims, left for dead in a swamp after he cut off her hand. Ndayisaba was imprisoned for his crimes, but under the laws of gacaca, the local courts set up to encourage truth and reconciliation, he confessed to his murders and was released. He later recognised Alice and admitted to her it was he who had tried to kill her that day in the swamp. In an unlikely partnership they have both reconciled and now work in a restorative group teaching reconciliation within the community. Photo by Jack Picone

Peace is not an event, the signing of an agreement, but a process which takes time. If there is a process in place, people have hope that there will be a settlement. But if the agreement collapses and there is no process, violence soon fills the vacuum. Former Israeli Prime Minister, the late Shimon Peres, used to like to say that the solution to the Middle East conflict was fairly clear in terms for land, of refugees, and even of Jerusalem, but the problem was that there was no process to get there. The good news, he said, was that there was light at the end of the tunnel. The bad news was that there was no tunnel. The job of peacemakers is to build that tunnel. 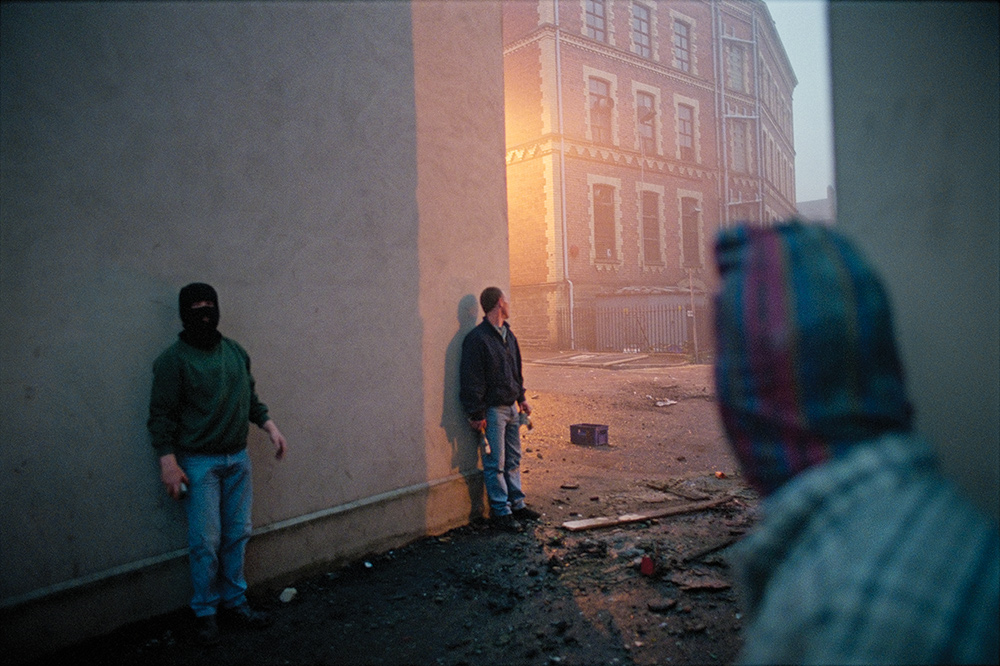 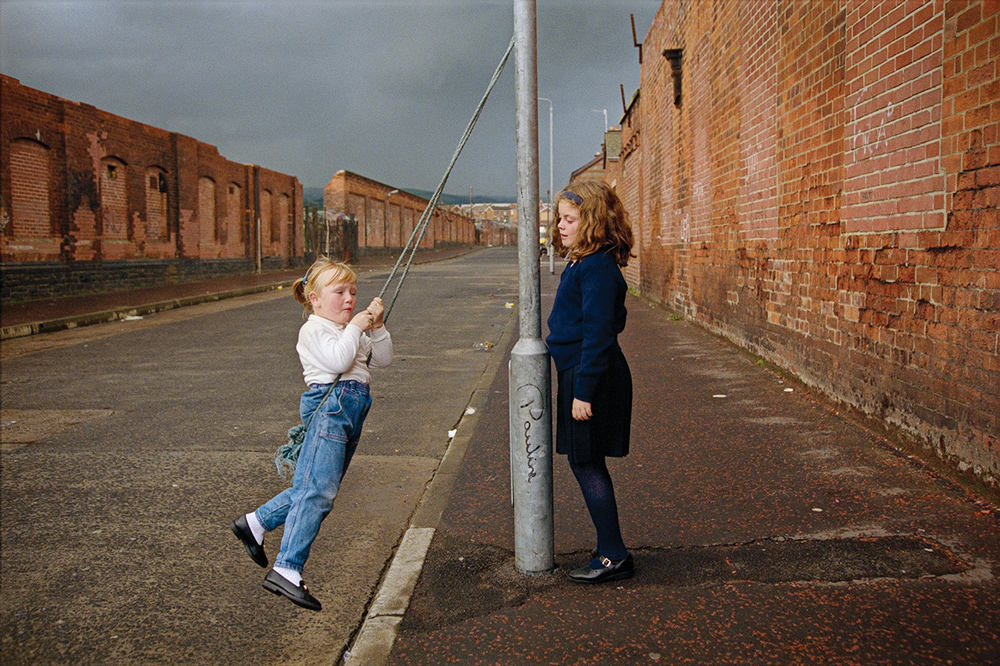 Keeping a peace process going is not always easy, but it is crucial to do so. It is like riding a bicycle—you have to keep moving or you will fall off. Even if you face political and personal challenges along the path to peace, you have to keep going. 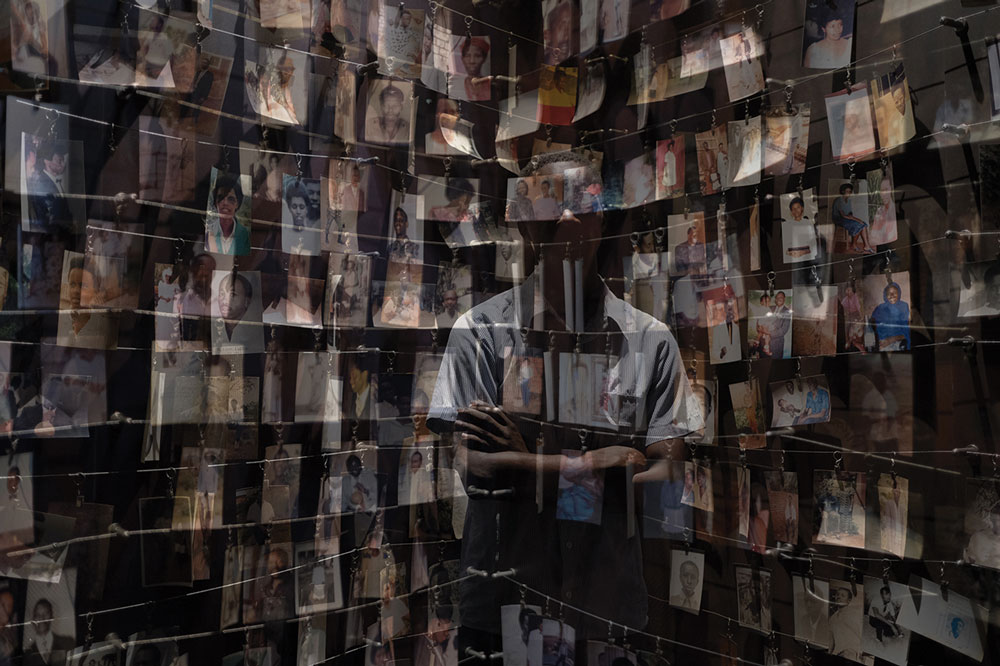 The Kigali Genocide Memorial includes exhibitions to inform and educate about the causes and consequences of genocide. The remains of over 250,000 people are interred here. Photo by Jack Picone 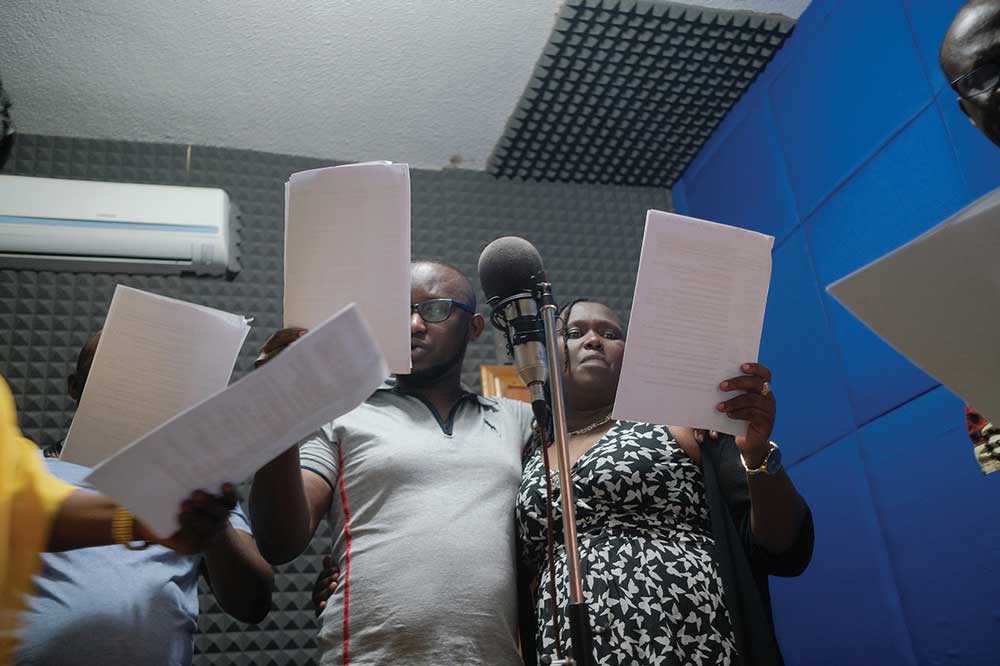 Radio was a persuasive form of communication during the genocide, using hate speech to encourage citizens to rise up and murder hundreds of thousands of their compatriots. In the same way that the radio had encouraged violence, post genocide, a Dutch NGO saw the possibility of using it to debunk prejudices and encourage reconciliation. Radio La Benevolencija launched the radio soap opera Musekeweya or “New Dawn” in 2004. The weekly episodes continue to discuss issues of trauma and distrust through their soap opera characters and inspire dialogue and conversation. Photo by Jack Picone 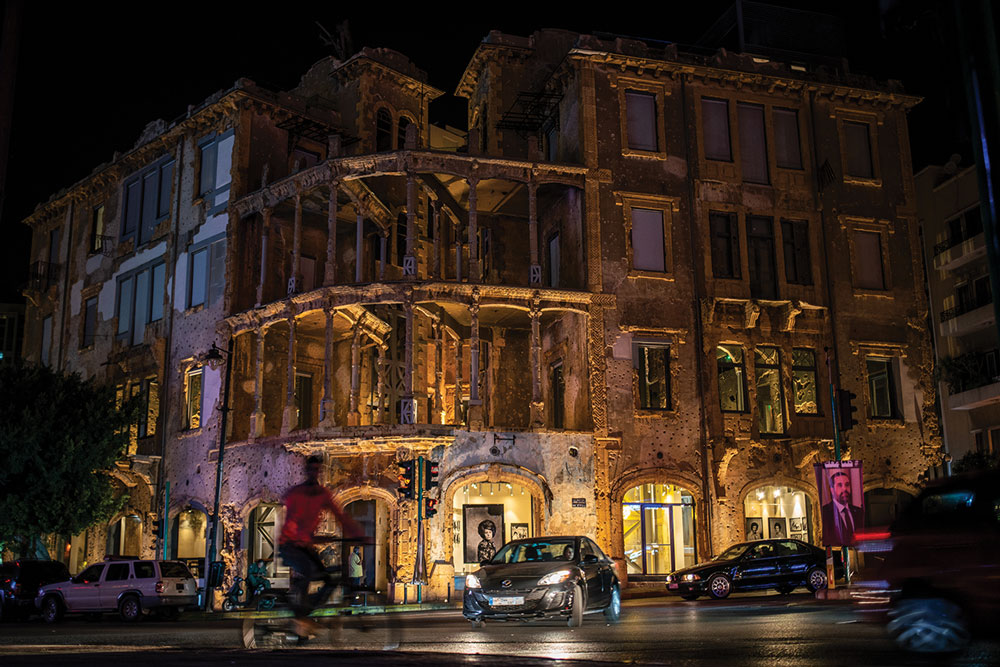 Traffic zips past Beit Beirut, a recently opened exhibit space and memorial to the civil war. The former apartment building sits at the Sodeco crossing, an area once considered too dangerous to risk passage even during ceasefires. Photo by Nichole Sobecki / VII 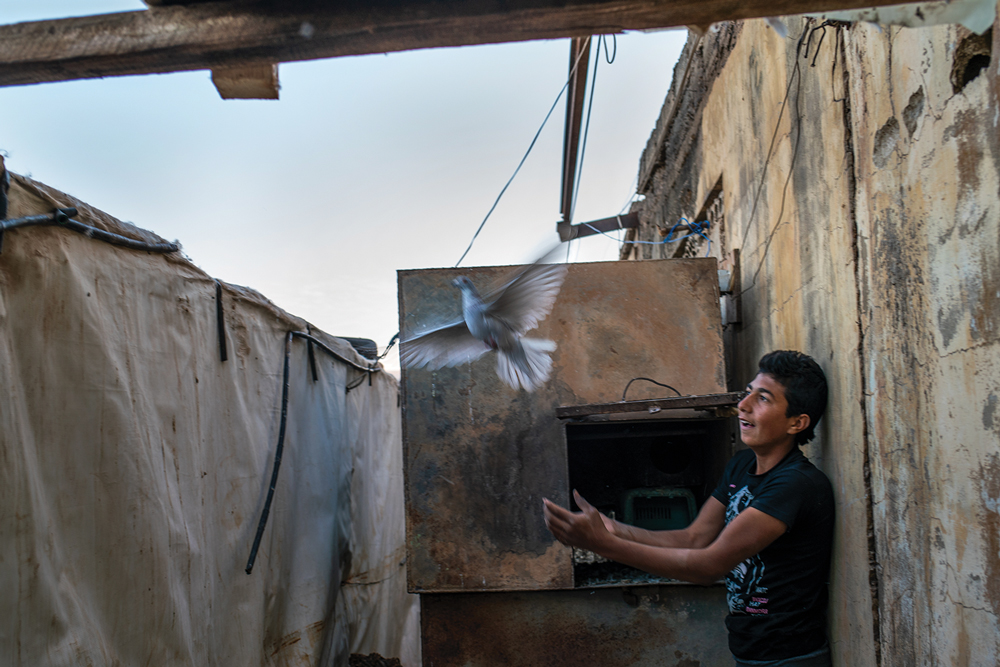 The following is excerpted from the essay “Building the Tunnel” by Jonathan Powell, former chief of staff to British Prime Minister Tony Blair and chief British government negotiator on Northern Ireland:

A few weeks later, I was surprised to receive a phone call from Martin McGuinness. He asked if I would come incognito to Derry in Northern Ireland and insisted that I not tell the “securocrats,” as republicans called the police and security services. I asked Tony if I should go, and he said that I should. I flew to Belfast and took a taxi to Derry. As I stood on a street corner, per my instructions, feeling mildly foolish, two men with shaved heads appeared and pushed me into the back of a cab, saying, “Martin sent us.” They drove me round and round the city for an hour till I was completely lost and then pushed me out next to a little modern house on the edge of an estate. I knocked on the door and Martin answered on crutches, making a not very funny joke about kneecapping—the IRA’s favoured method of punishment, where they would shoot holes in their victim’s kneecaps and ankles.

The lady of the house had gone out, asking no questions, and had left sandwiches and cups of tea by an open fire. We sat and talked for three hours. We made no breakthroughs, but it came home to me as I travelled back to London that to make progress toward peace, you have to build trust by going onto the other side’s turf rather than demanding that they come to meet you in grand government buildings. Shared risks can foster a bond. I spent the next 10 years in Downing Street regularly crossing the Irish Sea to meet Gerry Adams and Martin McGuinness in various safe houses in Belfast and Dublin until we eventually arrived at a lasting peace.