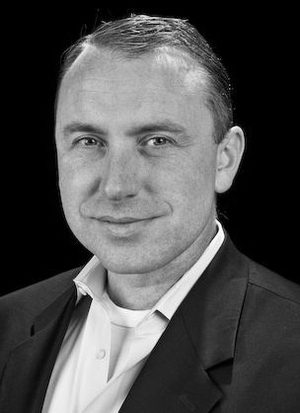 The fact that the government has to have a "safety net" to catch those who would slip between the cracks of our economic system is evidence that Christians fail to do God's work.

There is a particular group of Americans, many of them professed Christians, who don’t give much thought to their material wealth. Forty-six percent of them not only own their own homes but also have more living space than the average individual living in Paris, London, Vienna, Athens or other cities throughout Europe. Nearly three-quarters of them live in households that own a car; thirty percent own two or more cars. Ninety-seven percent of their households have a colour television and over half own two or more. Seventy-eight percent have a VCR or DVD player while sixty-two percent have cable or satellite TV reception. Seventy-three percent own microwave ovens, more than half have a stereo, and a third have an automatic dishwasher.

This group of citizens is among the richest humans in the world, yet most of them give a disproportionately tiny amount of their wealth in order to relieve the suffering of their less fortunate neighbors on the planet.

Who are these people? In America we call them “the poor.”

Before I’m accused of being callous, let me say that I once belonged in that group. I grew up during the 1970s and spent two extended periods of my childhood living “below the poverty line.”

The first experience came as I entered the first grade. My father was a chronically unhappy man who was skillful and ambitious, yet prone to wanderlust. Every few months we would move to a new city so that he could try his hand at a new occupation—a truck driver in Arkansas, a cop in West Texas, a bouncer at a honky-tonk near Louisiana. We were always on the move, always a few weeks away from the next paycheck. At the lowest point we had nothing to eat but a half-loaf of Wonder bread, a five-gallon bucket of unshelled peanuts and tap water. That lasted for a two week period in August that stretched across my seventh birthday.

Eventually my father settled down and found steady work, and we inched our way slowly toward the lower rungs of the working class. This period of tranquility lasted until I was eleven, when my father walked out on my mother, my younger brother and me. We packed the car and moved again, my mother having acquired the nomadic tendency to run away from adversity. (By the time I graduated high school, I had changed schools nineteen times.) Single parenthood tipped the scales and we slipped, once again, beneath the poverty threshold. We survived with the aid of food stamps and government housing until my sophomore year when my mother remarried and our lives returned to a level of economic normalcy.

I’m always hesitant to share this story because we in America tend to have a knee-jerk sympathy for the down and out. There are, however, many times—as in my family’s case—when pity is completely unwarranted. A lifetime of foolish decisions by my parents, rather than a dismal economy or lack of opportunity, led to our being poor. We reaped what they had sowed.

But while being poor can be difficult, it isn’t the tragedy that many might be inclined to believe. From an early age I knew that while many people had more than I did, others had it much, much worse. That lesson was seared into my conscience while sitting in a pew watching Baptist missionaries present a slideshow detailing their latest mission trip. The images of true poverty gave our tiny congregation a glimpse into everyday life in Ethiopia at a time of famine when a bucket of unshelled peanuts would be considered a feast. I was struck by the realization that as little as we had, these people had less. I was white-trash Texas poor; these people were Africa poor.

Looking back, I realize that many would have looked on me as I looked on these African children: creatures to be pitied. Though they were much like me, I had put them in the category of The Other. It was almost as if these families, who didn’t even have a mobile home and a broken down Buick to call their own, were a completely different type of Christian—a different type of human being. As the Dutch prime minister and theologian Abraham Kuyper wrote in “The Problem of Poverty”:

There cannot be two different faiths—one for you and one for the poor. The question on which the whole social problem really pivots is whether you recognize in the less fortunate, even in the poorest, not merely a creature, a person in wretched circumstances, but one of your own flesh and blood: for the sake of Christ, your brother. It is exactly this noble sentiment that, sad to say, has been weakened and dulled in such a provoking manner by the materialism of this century.

Kuyper wrote these words in 1891 for the materially obsessed middle class of the Netherlands. Yet in America even the poor are dulled by materialism. Many of the poorest citizens have more possessions than the rich young ruler who Jesus had told to sell all he had in order to find salvation. How many of those in poverty in America would give up all they had? Even the poor would be hesitant to part with their bounty.

The problem of poverty, at least in America, is not just that it makes it difficult for people to fulfill their material needs, but rather that it blinds them to the needs of those with even less. After all, what the truly destitute—those without food and shelter—need most isn’t a handout or a redistribution of wealth. What they need are Christians who are willing to heed Jesus’ command. As Kuyper points out:

For deeds of love are indispensable. Obviously, the poor man cannot wait until the restoration of our social structure has been completed. Almost certainly he will not live long enough to see that happy day. Nevertheless, he still has to live, he must feed his hungry mouth, and the mouths of his hungry family. Therefore, vigorous help is necessary. However highly I am inclined to praise your willingness to make sacrifices—and this is possible through God’s grace to many of you—nevertheless, the holy art of “giving for Jesus’ sake” ought to be much more strongly developed among us Christians. Never forget that all state relief for the poor is a blot on the honour of your Saviour.

The fact that the government has to have a “safety net” to catch those who would slip between the cracks of our economic system is evidence that Christians fail to do God’s work. The government cannot take the place of Christian charity. A loving embrace isn’t given with food stamps. The care of a community isn’t provided with government housing. The face of our Creator can’t be seen on a welfare voucher. What the poor need is not another government program but Christians who are willing to honour their Saviour.

Christians in the upper and middle classes have a duty and responsibility to ensure the material needs of their neighbours are met. Even in times of economic crisis like we face today, we have more than enough to give to those in need. But Christians on the lower rungs of the economic ladder—particularly those, like students, who are on those rungs only temporarily—have a duty as well. Being wealthier than most of the rest of the planet, they should aid those who are even less fortunate.

In Christ’s day, the Jews were instructed to give to the Temple and to the poor as part of their service to God. Jesus praised the poor widow who gave two mites for she had “put in more than all those who are contributing to the offering box.” The others had given out of their wealth, but she had given out of her poverty.

Jesus never said that the widow shouldn’t have given because she had little to spare. Instead, he praised her obedience. If the widow and the poor can give, then how much more can those of us in temporarily dire financial straits—the starving artist, the penniless college student, the struggling young parents—give of our abundance?

Every Christian who drives their own car to the home they own, sits down to a hearty meal, and changes the channel when images of starving children flicker across the screen of the colour TV will eventually have to stand before the Creator. When he asks if they fed their brother when he was hungry or clothed their sister when she was cold, will we have the audacity to say, “I couldn’t give, Lord. I lived in poverty . . . “?