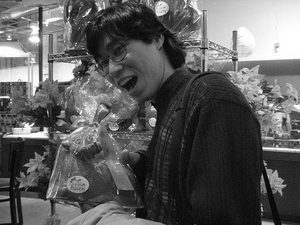 "Good, true and beautiful." Everyone knows, or is supposed to know what this means. But what if the label is just hollow at best, or misleading at worst?

Many things in the universe go unexamined or are taken for granted. Being a curator involved in contemporary art and Christianity, I have increasingly come across one curious phrase: “good, true, and beautiful.” It was a thing that would be invoked, and everyone was supposed to know what was meant. Everyone except me. The line did not usually appear in passing, as in casual conversation among friends, but began sprouting up in writing, many times to represent Christian-run arts organizations. Something about the line provoked me, not to belief, but to wariness. I began to inquire about it among friends; someone maybe mentioned something about the Bible. No, I was certain I paid attention in all my years of Sunday School. Being the skeptic—and since it relates to my profession—I began to research and contemplate its seemingly unquestioned status.

As far as I can tell, the phrase “good, true, beautiful” is an amalgamation of ideas which originated from ancient philosophers such as Plato and Plotinus (and neo-Platonic, Christian thought), derived from Genesis 1:31 (“It was very good”), interpreted in relation to Philippians 4:8-9 (“Whatever is true”), maybe with contribution by the Romanticist poetry of Keats (“Beauty is Truth, truth beauty”). Even as I found all this, GTB (Good, True, Beautiful)—really a not-much-better elaboration on the category of Beauty—still struck me as hollow and naïve. Run-of-the-mill invocations of Beauty fail to appreciate many centuries of Enlightenment and modern debate by Kant, Schelling, and dozens of others that comprise the field of aesthetics, art history, and theology, not to mention disregard observed differences in taste between historic and ethnic lines. GTB sounds thoroughly pleasant and agreeable, yet is unmistakably a loaded term of address.

A question, then, is what and who one is addressing when speaking of GTB. Does “Good” refer to unchanging morality, situational ethics, or cultural mores? Is “True” discussing religious beliefs? Or are we speaking of the integrity of a person or object? In “Beautiful,” are we talking about that quality of a little cat or a wild tiger? When Christians privilege GTB, is it really a politically-correct, coded name for God, or is it a nebulous, coded name for just those godly attributes? Can it then point to any benevolent god in society? Do we then use capital letters for GTB or write it in lowercase? If Christians are to subscribe to GTB at all times, then what are we to make of the Bible, which contains sad and sordid details not appearing GTB? If everyone intuitively understands GTB, does that mean everyone can be in agreement about quantifying or qualifying standards of GTB? Certainly, there is great conflict embedded within the term.

While I myself intuitively felt GTB is inadequate language, I also wondered if a major Biblical passage informing a Christian reading of GTB went misconstrued and straightjacketed. Philippians 4:8-9 have been used to guide a Christian’s sense of aesthetics. The typical interpretation is that the Apostle Paul is exhorting believers to think about the true, honorable, just and five other similarly positive qualities. To be limited to eight qualities can be read as restrictive by some, but I always felt liberated by this injunction. A very straightforward reading of these verses notices a few things. The expansive, liberal phrase “whatever is” prefaces the first qualities; for the last two qualities, “if there is anything” exhibits a similar function. Interestingly, other parts of the book echo that language: “whether” (1:18), “if then there is any” (2:1), “if somehow” (3:11).

To view Paul’s remarks more accurately, one could better appreciate the larger context. Paul wrote the letter to the Philippians when he was under close watch and house arrest, not knowing what the next day might look like apart from his security in Christ. His audience more than empathized because they were also under threat from many quarters: since Paul was their leader, they could be next in line to suffer serious consequences for their beliefs. Add to this the fact that an assortment of Christian leaders stepped into Paul’s wake, including those who pressured Christ-followers to exhibit all outward symbols of “righteousness under the law” (one example being physical circumcision). One could say the established GTB was being overtaken by another version of GTB, except the latter did not appear so GTB.

The climate was one of nagging discrepancies, with many voices and opinions. No wonder the apostle refers to “the enemies of the cross” (3:18). In an earlier time he wrote in 1 Corinthians: “For Jews demand signs and Greeks desire wisdom, but we proclaim Christ crucified, a stumbling block to Jews and foolishness to Gentiles . . . ” (italics mine)

This is not some lofty, rationalistic Platonic “ideal” world in which Paul is writing, but a tense proposition that Jesus’ radical life and death, in conjunction with his non-disembodied resurrection, exemplifies something quite different from that of other philosophies. Paul ultimately asks that a Christian find and concentrate upon, within the hardships, “whatever is true, whatever is honorableâ€¦” To me, this is support that no matter what comes our way—tragic circumstances, mundane events, questionable motives, human expressions of culture, things small or large—our internal states of peace and rejoicing depend upon God’s rule over all things. This is a far cry from GTB, or any other amorphously-shaped moral platitude everyone in the world is assumed to share.

Comment recently published an article, “Beauty Resurgent,” which spurred me in my inquiry. In speaking of aesthetics and of Beauty, Daryn Henry underscores that “the beautiful is grounded in the true and the good;” what are called the three “theological transcendentals” are generative of one another and can only be productive when discussed together. I mention this because I fear the article was one of the very few instances where the lofty GTB is discussed in any informed and succinct measure. If I may indulge in some metaphor, let us not have the marketplace-dictated information superhighway of our speedy lives forget to—or, worse, ignore—posting explanatory street signs to this newly re-opened (for Christians) thoroughfare known as Art. Because it is a hazard if “Good, True, Beautiful” is more about flashing lights without really pointing the way.