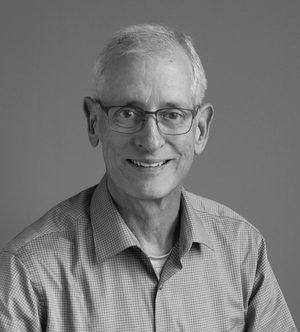 Most days I arrive home from work about 6:30 p.m. Depending on the season, it could be night-dark or midday bright or somewhere in between. But one thing I know with near certainty is that there will be no need to encounter, greet, or interact in any way with one of my neighbours.

I live on a cul-de-sac, that glorious invention that minimizes traffic in front of my house (while maximizing it on nearby collectors and arterials). It is lined with similarly valued separate homes with double garages boldly fronting the street. These doors open and close at the touch of a button in my car, eliminating the need for me to exit the vehicle until I’m safely inside my garage and the possibility of contact with neighbours eliminated. Tellingly, the front walk on my (and everyone’s) house connects not to the public sidewalk (there is one: our subdivision’s sole concession to the idea of a public realm) but to the driveway, the better to guide our invited guests—but not neighbours and certainly not strangers—to our front door.

Like so many homes built after the Second World War, we have an outdoor social space: a patio, in back, with a commanding view of our landscaped back yard and its enclosing fence. A gap in the wall that surrounds our entire subdivision allows me to catch fleeting glimpses of neighbours (at least I suppose they are neighbours) walking their dogs on the thoroughfare I can hear but not reach on foot from my backyard.

What’s shocking to me as I write this is how utterly antisocial it all is, and how utterly normal. In choosing to live in a suburb, I have maximized my personal privacy to such a degree that after twenty-one years in the same house, I barely know my neighbours. I realize this is more my fault than my house’s, but everything about the design of our little street reinforces the sense of isolation that I feel, from the seldom-used sidewalk to the automatic garage doors to the backyard enclaves of invitation-only socialization. I long for something different, but this product (as housing is sometimes called) is the common coin of real estate in most of North America that isn’t New York, Boston, or San Francisco (or Toronto or Vancouver). I have quite literally bought into the paradigm of maximum privacy, minimum chance encounter with strangers or even my neighbours. This can’t be good.

If my cul-de-sac lifestyle has prevented just one encounter per day with a neighbour or a stranger, it has robbed me of 7,670 chances to engage with a fellow human . . . and counting. While the introvert in me counts this as a victory, the part of me that understands humanity as a social enterprise is filled with shame and regret. I’ll never get one of those 7,670 chances back. But I’m not dead yet. I may yet move to an urban neighbourhood where personal privacy is not seen as the ultimate good, and where I may have to rub elbows with a few other humans before my time here is ended.