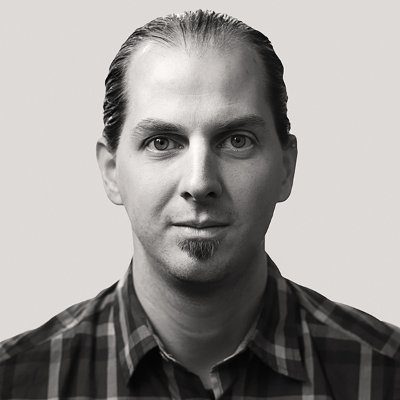 Making the most of college: making friends for life (‘I want to be tangled up . . . in the thorns of love’)

colÂ·lege ('kä-lij) n. [Middle English, from Old French, from Latin collegium, association. The students, faculty, and administration of such a school or institution. A society of scholars for study or instruction. A body of persons having a common purpose or shared duties. To know and be known, to consider one's life in the community that is a college.

While I was in college, God’s providence placed me in relationship to a wise man. He challenged me to think about the connections between belief and behavior. I learned if I wanted to have a life of integrity and real knowing, that I would have to struggle to see how things connect. Seeing Steven Garber as a mentor and model of connecting knowing and loving was of vital importance for my college years. In his book, The Fabric of Faithfulness, he lays out three things that can help college students find these connections. To oversimplify, they are:

This past semester I have put this theory to the test. I led a book discussion class at Geneva College with eleven undergraduate students. Using as our main text Tom Wolfe‘s novel, I am Charlotte Simmons (Farrar, Straus & Giroux, 2004), the students and I explored the social life of college students and how that relates to the goals and purposes of higher education. The relevance of this discussion slowly came to the surface as students saw themselves and others with vivid accuracy in these pages. Added to this was a recent scandal at Duke University (Wolfe’s primary inspiration) surrounding the beliefs and actions of the Lacrosse team. (See the excellent article about the scandal in the June 15, 2006 issue of Rolling Stone Magazine). Wolfe’s portrait of college life reminds me of the lyrics to Dave Matthews‘ “Grey Street“:

The lyrics of this song get at the crisis point of college students in the 21st century. I imagine that the lyrics to this song might be going though Charlotte’s head as she reflects on her freshman year at the fictional Dupont University. A major theme in both this song and the novel is an exploration of identity. One barely has to look past the book’s title to see that Charlotte and, to a lesser extent, the other characters are experiencing a crisis of understanding themselves and their world as they journey through the halls of academia.

Giving up the search for answers

The best parts of the book are the long sections of inner dialogue in which the students reflect on their situation, their history, and their views of themselves and others. The book uses Charlotte’s relationships with her three love interests, Hoyt, Jojo, and Adam, to explore how Charlotte can become herself. Hoyt uses her, she uses Adam, and she finally settles on Jojo since “aside from him, she was as alone as on the day she arrived at Dupont.” Her identity is wrapped up in these relationships, and she can only choose one. Hoyt is over-hyped and Adam is not “mature” enough. And Charlotte soon comes to realize that Jojo has no idea what the “life of the mind” might look like.

The story’s main characters, a freshman girl from the mountains of North Carolina named Charlotte Simmons; Jojo, the lone white basketball starter; Adam, a prominent and geeky writer for the school newspaper; and Hoyt, the cool and suave leader of the main fraternity on the campus of Dupont University, contribute to the exciting and disturbing adventure, as the reader traverses the joys and dangers of plagiarism, partying, sex, cliques, the life of the mind, questions of race, tolerance, and, ultimately, the search for identity.

One of Wolfe’s major themes is students’ yearning for acceptance, as seen both in the basketball star, Jojo, who looks for acceptance in his reputation and talent, as well as in the student writer, Adam, in his influence through the media. Even Charlotte eventually gives up her virginity after concluding that sex is the currency of love at a place like Dupont. The book ends with her confusion about her own identity, and she finally chooses to ignore the uneasy feelings that it all should have been different, that something is wrong, but she is alone in her thoughts:

Why, then, the uneasy feeling, the sometimes desperate feeling, that came over her nowâ€¦and almost every day? If only she had someone to talk to about itâ€¦to assure her that she was a very lucky girl, after all . . . But there was—when she thought it through—only Jojo. Aside from him, she was as alone as on the day she arrived at Dupont. . . . All right, I’ll say, “I am Charlotte Simmons.” . . . So why do I keep hearing the ghost asking the same tired questions over and over. “Yes, but what does that mean? Who is she?” You can’t define a person who is unique, said Charlotte Simmons. It, the little ghost who wasn’t there, said, ‘Well, then, why don’t you mention some of the attributes that set her apart from every other girl at Dupont, some of the dreams, the ambitions? Wasn’t it Charlotte Simmons who wanted a life of the mind? Or was what she wanted all along was to be considered special and to be admired for that in itself, no matter how she achieved it?’

Charlotte has started to ask the questions that are worth asking but, alone and overwhelmed by the cacophony of college life, she decides to give up the search for answers.

My students’ experiences weren’t that different from Charlotte’s, even at a Christian institution. But when asked the questions of identity, “Who are you?” or “What are you going to do with your education?”, instead of being “lost in the cosmos,” like Charlotte, these students could articulate the ideas they had learned in college. Worldviews had been presented that equipped them to use their Christian faith to make sense of the world. They talked about communities of friends that supported them in challenging times. And they pointed out mentors and teachers who gave guidance that pointed them in the direction of wisdom. College for most students is, indeed, making friends that will last a lifetime.

Think about getting tangled up

In her book, My Freshman Year (Cornell University Press, 2005), Rebekah Nathan recounts her research project, living in a residence hall on her campus and seeing the world of student life from the inside (she was previously a faculty member in anthropology). While trying to remain objective and anonymous, she sees the pain and hurt of students and the chaos of their lives. Their highest goal, it seems, is to have “the perfect schedule.” The students she observed were looking to get in, get a diploma, and get out—the fewer distractions, the better. They were not about to let classes and deep relationships get in the way of their pursuit of a better life as college graduates. These students suffer from what Michael Flynn’s band Slow Runner calls being “Streamlined”:

Today’s students live in a culture that tells them to be streamlined. It is less painful, and it will get you where you want to go most efficiently. Charlotte was streamlined, and it left her “wishing it were different.” Being streamlined is the process of being numbed to the worlds crying and laughter. It is to retreat into oneself. Our fear of intimacy allows us to take the path of least resistance—streamlined.

I think we ought to think about getting tangled up. The streamlined life is not worth living. Community and friendship are things to get tangled up in. They aren’t easy or efficient. But they give meaning to our lives. What does a tangled life look like? It has all the components of connecting belief and behavior that I described at the beginning. It starts by understanding the relationship of loving to knowing. We get close to both ideas and others. The thorns of intimacy bring to light our brokenness and we learn to be humble. But we come to embrace our callings.

For me, college was marked by the experience of dissolving relationships, by family’s scattering about the globe, and by home-packing-up and relocating hundreds of miles away. I have rarely returned to a place. Everything seems different where I used to belong. I am a stranger. But that reality is not just in the past, it is with me in the present. And this tangled life makes me remember that a heart can hurt. But it has also given me courage to take risks, to know that the way of real redemption means taking off an old self, and being made anew. The solution cannot be to turn life into an abstraction. As we tell our stories in community, we see our entanglement, and our vulnerabilities become connections with who we are, together.

But college was also a time of deep and intimate conversations that formed friendships that will last a lifetime. Having risked entanglement, I have found others that allow me to know them and I found a place where I could be known. I continue to discuss the big ideas with friends, and often just rambling about the everydayness of life. Friendship shows us that it is possible to know and be known, to love and be loved. As friends share in your joys, you can share in theirs – next summer, I’ll be in a wedding. Our stories start to share chapters. You almost never get back what you invest in a friendship, but what is gained is different, mysterious, and always greater than you could have thought. Friendship means rejecting being streamlined.

College is an ideal time in people’s lives to learn how to navigate life, entanglements and all. With wisdom as a guide we can learn and teach a worldview-a way of being in the world that sees the reality of pain and suffering, the hope of redemption, and the joy of intimacy. A robust worldview is not a trite response that God’s ways are far beyond ours (and they often are), but that we need questions to go deeply into what we believe about sexuality, politics, economics, education, and all of life. The best place to work these questions out is with a mentor who has travelled the road before us, who loves deeply the complexity of the questions, and who is committed to the pursuit of truth. The tangled-up life is not solitary. One needs a community of friends and “fellow travelers” to be challenged by and to serve. College is a space for each of these, and Christians interested in the renewal of culture have the opportunity to put these ideas into practice in persuasive ways. College is a place to learn and to live storytelling . . . and storied living.