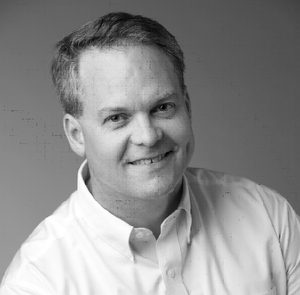 On Parks and Poor People

A few key principles are worth keeping in mind as global leaders and local activists work towards realizing interrelated poverty reduction and biodiversity conservation goals.

This fall’s global press is packed with stories of widespread human suffering and unprecedentedly rapid biodiversity loss. This attention arises due to a sequence of high-profile meetings: first, the United Nations Summit on the Millennium Development Goals, held in New York in late September, and then the tenth meeting of the Convention on Biological Diversity in late October in Japan. World leaders are failing to reach the lofty goals expressed in those global accords.

It’s easy to summarize the failure. Over the past 35 years, wildlife populations have declined by a third worldwide, and by more than half in poorer, tropical regions. Meanwhile—leaving aside the remarkable case of China—the number of people living in extreme poverty worldwide increased by more than 30 percent from 1981-2004, and now surpasses one billion. What connects these distressing patterns?

First, regions of widespread, deep poverty and biodiversity hot spots coincide geographically. Both problems concentrate in rural areas, where human livelihoods depend disproportionately on the forests, rangelands, soils, and water that sustain biodiversity. Co-location naturally leads to human-managed ecosystems, often in a precarious balance and easily disrupted by natural disasters, war, or other major shocks.

Second, unnecessary human suffering and species loss often happen in the same space because local residents commonly lack adequate political authority and economic resources to deal effectively with either the environmental or poverty problems they face—much less both at once. Market failures and political failures conspire to create geographic poverty traps and resource overexploitation. They leave both nature and poor people vulnerable to the next major disaster.

So what can be done? Unfortunately, we still don’t have clear answers to that crucial question. But a few key principles are worth keeping in mind as global leaders and local activists work towards realizing interrelated poverty reduction and biodiversity conservation goals.

First, protected areas are important. Over the past couple of decades, widespread concerns that parks created or exacerbated rural poverty sparked widespread efforts to find other approaches that did not require designating protected areas as off-limits. Those efforts have largely failed, and a growing body of careful scientific evidence increasingly discredits claims that parks lead to poverty traps. Protecting areas for biodiversity conservation can sometimes even help reduce poverty by creating new income-generating opportunities.

Second, we must harness private enterprise. Roughly US$40 billion in annual aid flows to Africa are only about one-sixth of that continent’s poverty gap—the amount required to move everyone below the $2/day global poverty line to that meager level—and can never approach levels needed to ignite a sustainable climb from persistent poverty. The same is true for conservation. For example, decades of attempts at protecting wildlife in Zambia’s Luangwa Valley largely failed to stem poaching and species loss. Then the Community Markets for Conservation (COMACO) program began using an agribusiness approach to sustainably intensify farming in the region and generate off-farm employment in food processing for urban markets. Those jobs lessened local people’s livelihood dependence on the Valley’s fragile natural resources, allowing wildlife populations to stabilize and begin recovering while improving poor farmers’ crop yields and livelihoods.

Third, we high-income conservation beneficiaries a hemisphere away have to pay our share. A careful study estimated that protecting key wildlife habitats cost Kenya more than two percent of national income by taking land out of cultivation, protecting predator species that prey on livestock, and so on. We cannot safeguard the wondrous richness of God’s creation if we stick the poor with the bill. While there remain serious questions as to how to structure payments for environmental services so that the proceeds reach the poor and effectively discourage deforestation, poaching, and the like, we must find ways to shoulder the costs of conservation equitably around the world.

The connections between escaping poverty and conserving biodiversity remain remarkably underexplored in the scientific literature. This is a fascinating and incredibly important subject of study for bright young minds that can devise clever solutions. It is also an area in which committed individuals can make a difference by donating to responsible organizations (visit CharityNavigator.org to identify groups you can trust to put your contributions to good use), practicing good individual stewardship of God’s magnificent Creation and care for all God’s children, and letting our leaders know we care about these issues. While global summits attract attention, they’re largely a bust for delivering on well-intentioned promises. Progress depends on individual action.