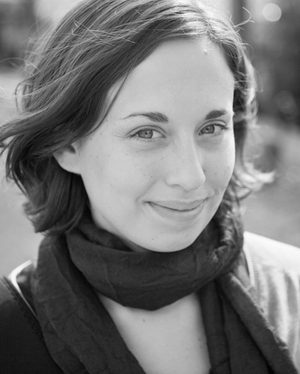 Reminders of the quotidian mysteries

When you see her work, it can be difficult to know what exactly you're looking at. Donovan's patiently created work deserves an equally patient, detailed look. Its relationship to natural phenomena—coral, bubbles, snowdrifts, hardened volcanic lava—is striking at distance, but as you approach the work, it maintains its artistry even as it reveals its construction.

I was on a graduate school research excursion to the Metropolitan Museum of Art, traversing the bi-level 20th-century wing, when I stumbled into a small gallery set on the landing between the two levels in the no-man’s-land that houses an exhibit by a contemporary artist. The room—oddly shaped, with low ceilings—had white walls covered in what appeared to be silver bubbles. Upon approaching the wall for a closer inspection, I discovered that the “bubbles” were actually constructed of silvery mylar tape—the material that shiny balloons are made of—formed into tubes and meticulously “stacked” on the wall to create coral-like formations around the room.

The exhibition notes told me that this was the American artist Tara Donovan’s work. Born in 1969, Donovan spent a year at the School of Visual Arts in New York City before receiving her B.F.A. from the Corcoran College of Art and Design in Washington, D.C., in 1991. In 1999, she graduated from Virginia Commonwealth University with an M.F.A. in sculpture. Donovan, a recipient of many prestigious awards, has exhibited across the country and was a participant in the 2000 Whitney Biennial Exhibition in New York. Donovan now lives and works in Brooklyn, and is represented by the PaceWildenstein gallery.

There’s a saying to which most writers will nod knowingly: “I don’t like writing; I like having written.” This love of accomplishment but distaste for the act isn’t exclusive to writers. Everyone enjoys having a clean house, but few enjoy cleaning; we love graduation, but complain about homework. We’re always looking for the path of least resistance toward our goals. Donovan’s textural sculptural masterpieces speak into this impatience. Using mass-produced materials—plastic cups, toothpicks, rubber bands, drinking straws, buttons—Donovan explores the characteristics of the object inherent to its physical construction and considers how these very characteristics can turn an item from an object to art. Through repetitive interaction between many of the same object—hundreds of paper plates, or hundreds of millions of pins—Donovan considers the properties of the material as well as the exhibits’ location as she carefully assembles a formation which echoes the familiar organic forms we see in the natural world. Descriptions of her process often include the words “laborious” and “painstaking,” as she coaxes new shapes and forms from familiar objects which often prove unrecognizable until they are closely inspected. The notes from her exhibition at the Met shed light on her process: “It is not like I’m trying to simulate nature. It’s more of a mimicking of the way of nature, the way things actually grow.”

Donovan’s finished work is breathtaking, analogous on a smaller scale to the sheer awe one feels when witnessing intricate patterns that occur in nature. Stacks of plastic drinking cups create a luminous, snowfall-like landscape. Pins and toothpicks, carefully balanced, yet appearing completely haphazard, form a perfect cube in the center of a room. Rubber bands are sliced apart, placed in a box, formed into intricate patters on their sides, then inked to create a print. Stacks of clear plastic drinking straws form snow drifts against a white wall. Clusters of Styrofoam cups are glued together to create low-hanging clouds, and fishing line is carefully tied into vertical bundles and arranged to create spore-like formations.

And frankly, when you see her work, it can be difficult to know what exactly you’re looking at. Donovan’s patiently created work deserves an equally patient, detailed look. Its relationship to natural phenomena—coral, bubbles, snowdrifts, hardened volcanic lava—is striking at distance, but as you approach the work, it maintains its artistry even as it reveals its construction. Her piece “Colony“, created in 2002, looks like a land formation, with mountains, valleys, and deserts. A closer examination reveals a carefully plotted creation made of bits of golf pencils, cut into various heights, glued together and stood on end.

In notes accompanying Donovan’s 2004 exhibit at the Hammer Museum in Los Angeles, Paul Brewer cites artists such as Eva Hesse, Robert Morris, and Richard Serra as Donovan’s forerunners, but puts her in a class of her own, saying that she helps “inform our conventional perceptions of everyday visual landscapes by arming us with an optimistic eye toward the fantastic potential of the mundane.” Donovan’s work reminds me of the joy that can be found in the tedium of the everyday—what Kathleen Norris calls “the quotidian mysteries.” Donovan calls us to value the process, as well as the goal.