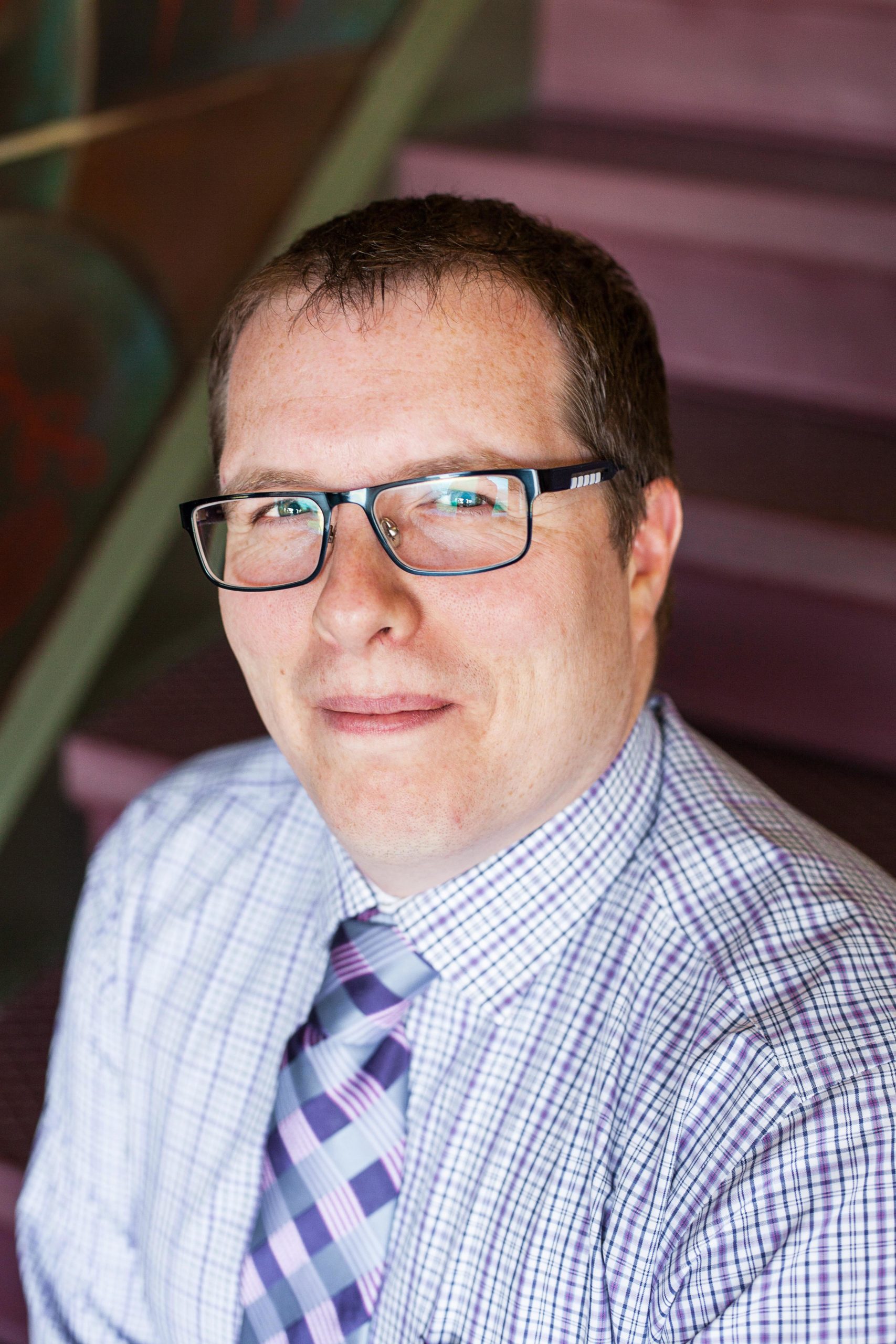 The church is not just another activist NGO for socially-minded Millennials. True: It does mission. It has a concern for justice, absolutely. But the church is not a think tank, a policy shop, or a political party.

Saying that Christ claims every square inch is not the same as saying that your church tradition has authority to pronounce on all those inches. Protestant social thought, James Gustafson has famously said, is “only a little short of chaos,” and if Jordan Ballor is to be believed in Ecumenical Babel, its ecclesiology is probably in worse shape. According to Ballor, our attempt to shore up Protestant social thought with ecumenical pronouncements on social justice is mucking up an already swampy terrain, putting the ecumenical movement in danger of compromising its prophetic role in relation to secular economic and political ideology.

This accusation is very serious. Ballor’s argument has at least two key components. His first and most original argument is against what he calls the ecumenical industrial complex. Ballor dedicates chapters specifically to the Lutheran World Federation (LWF), the World Communion of Reformed Churches (WCRC), and the World Council of Churches (WCC). In these associations, he finds a “fundamental flaw endemic to ecumenical activism,” arguing that “ineffectual ethical pronouncements by the ecumenical movement are grounded in faulty economic assumptions” (4).

This suggests Ballor’s second criticism, which is about the nature of the economic and political assumptions made by the ecumenical movement. Whether or not these are correct is a debate for the wonks. The first order debate on ecclesiology is where Ballor’s most innovative work is done: are churches competent, technically and ontologically, to make policy prescriptions?

But first, pause and consider why churches and their ecumenical superstructures feel compelled to make otherwise technical prescriptions. Global events have saturated the public imagination for decades now, with the advent of ever-globalizing relationships and instant information. Christians in churches have also experienced this expansion. The conscious awareness of social justice issues must surely be greater now than at any moment in history.

So we can certainly sympathetically see Christians latch onto the first institution they know and trust to speak into the apocalyptic captions on the evening news. For most of us, the church is the most immediate, accessible, and organized institution we know. With Ballor, we might agree the church as institution is not the best platform—but it is at least an understandable one.

I might argue that this recognition should inspire us to ecclesial charity, because while globalization raises awareness broadly, it does not educate deeply. Simplistic call and response on complex economic and political issues may be inadequate, but at least it’s a conversation on justice. And I can get into that.

For these reasons, in the midst of Ballor’s critique, we must simply state that the ecumenical industrial complex, for all its murky and controversial pronouncements, is not out to get anyone. When well-intentioned church leaders say they’re out for justice, I believe them. That’s not an insignificant starting point. In fact, I take great encouragement from it, even while I may agree with Ballor’s critique of their falsely presumed authority in the midst of it. There are far worse dangers in this world than the shadow of neo-marxism in the hearts and minds of social justice-minded ecumenical activists.

On the other hand, Ballor’s challenge is still very serious. When controversial social science infiltrates ecclesial confessions, twin dangers emerge: compromising the integrity of the Gospel, and splitting the church on political and economic issues. Ecumenical superstructures claiming to speak with ecclesial authority on technical matters worry me, even when technical experts are enlisted. The point is not just that expertise can be limited in these cases—it’s that different institutions have differing spheres of authority and competency.

How, then, should the church speak? Ballor provides good signposts by talking about churches preaching justice, rather than prescribing policy. The environment, for example, must be stewarded and protected, certainly. But does that specifically mean cap and trade or renewable energy investment? Should the church as denomination really have an opinion on these particular issues? Wouldn’t such an opinion violate its own sphere of authority and uncomfortably blur lines with the task of government and public policy? Accountability on principles is one thing; policy advocacy is quite another.

The church is not just another activist NGO for socially-minded Millennials. True: It does mission. It has a concern for justice, absolutely. But the church is not a think tank, a policy shop, or a political party. Where critical advocacy should be done, Christian citizens are called together for the common good to present their arguments in the public square—not as denominational representatives, but as Christian citizens formed in the liturgies and practices of the church.

Ballor is right that ecumenical political and economic activism clamouring for theological license properly belongs in the public square. But I do not mean by this to delegitimize it. In fact, ecumenical activists may well have trenchant critiques, precisely for the times in which we live. But those critiques, insofar as they are economically and politically technical, would be far better if brought to newspaper op-eds and parliamentary committee hearings, rather Sunday pulpits and denominational magazines.

This does not mean that churches have no place in the political process. They can be critical institutions that provide a principled ballast in the fast and easy world of politics. And policy prescription is certainly not outside Christian competence! Christians, as citizens, should and must be doing the range of economic and political work.

We must simply be cautious that when we take to the streets, or to our congressmen and parliamentarians, on specific issues, we do not do so naively—as though the Scripture has uncomplicatedly compelled us on this or that matter. The Gospel, it seems, can clearly compel a great deal. There is necessary room here for ambiguity, disagreement, and principled pluralism, even among well-intentioned justice-minded Christians. A tyrannizing ecumenical agenda fashioned from all-too-controversial political and economic assumptions stands to do more harm than good. As Ballor writes, “economic and political opinions should not be turned into articles of faith” (119).

I can resonate with his final recommendations. First, Ballor recommends that the ecumenical movement abandon its claims to institutional church authority on matters that are not specifically ecclesial; second, he says they ought therefore to refrain from making specific policy prescriptions, so to safeguard legitimate Christian disagreement in the public domain. Even papal encyclicals do not bear the mark of infallibility.

Third—and on this Ballor and I can agree to disagree—he insists that these economic and political assumptions ought themselves be abandoned as untenable. That is debate for another day and another set of experts. But I simply add that while Ballor might be passionately convicted that left-of-centre activism has at its root idolatrous assumptions, it is too simple and controversial to label ecumenical social justice advocates as marxist idolaters and call them to repentance. Ballor’s normally careful analysis is simply too broad and dismissive here, especially for someone who so roundly indicts ecumenical activists for their simple-minded caricature of neo-liberalism. A similarly reductive tit-for-tat on neo-marxism may prove cathartic, but it’s not particularly illuminating. The neo-marxists are hardly more prone to uncritical idolatry than the free marketers.

Ballor is spot-on when worrying that narrowly framing the debate this way can obscure the fact that globalization is about a great deal more than economics or politics. Isn’t it ironic that the ecclesial conversation is essentially a thinly-baptized version of exactly the same disagreements in the secular world, but with less technical capacity and more theological abstraction? This is Ballor’s most important point.

Conclusively, then, I think we can resonate most with Ballor’s final remarks: