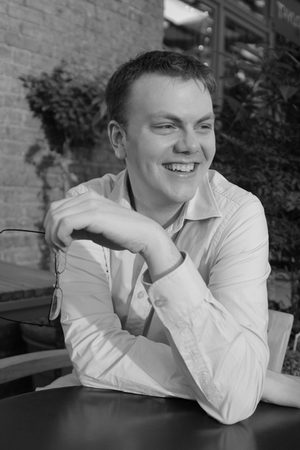 The Education of a Liberal

The Christian vocation in politics is not to achieve power and exercise it; rather, it is to proclaim the gospel in the face of power inevitably gone awry.

A response to Geoff Ryan’s “An Erroneous Assumption about Political Parties” (Comment, February 26, 2010

I now love politics. But this is not something I learned from my family or my church. It is something I came to begrudgingly, kicking and screaming the whole way.

Growing up, I was taught that political engagement was not important. My community was made up of blue-collar, middle class unionism and rural, “guns and beer” conservative populism. I grew up with dinner table conversation about what was wrong with the world and what should be done about it, but the sense was always that politicians were what was wrong with the world. I absorbed the idea that politicians were people who were in it for themselves. As a result, I channeled my idealism into volunteering for organizations like the Red Cross and Amnesty International.

I think this story is typical for many. We were all taught how ineffective traditional politics had become by disenchanted baby boomers who had never bothered to join a political party themselves. (Not surprising, since something like 2% of Canadians are members of a political party.) Many of us are convinced that we can save the world and we don’t have to change a single law to do it.

The story of how this changed for me starts with friends I made at the University of Calgary. They were sharp, idealistic overachievers, active members of the Canadian Alliance party. I got to know these friends during the 2002 leadership race that saw Stephen Harper elected leader. While I was out for beer and wings on weekends, they were as likely to be in strategy sessions with campaign staff. They all had MPs on speed dial and could hold their own in an argument with any of them. What broke down my skepticism about politics was that there wasn’t a rotten apple in the group. They were passionately committed to making society better, and they were all convinced that traditional politics (working within a political party to win elections) was the most effective means of making a difference in society.

My friends used to gently mock my naïve NGO-ism. “How much do you think your NGOs spend trying to lobby MPs to enact legislation?” they would ask me. “The real social levers are moved through politics: winnings elections, passing legislation, shaping public opinion,” they’d lecture. “The only way you can have that kind of influence is by joining a political party, becoming partisan, even if you don’t agree with everything your party believes.”

I hated that word—partisan—and I hated the idea of being stuck as a member of any of the political parties. But I came to see they were right. Making a real difference means being where the power is, and that meant joining a political party. I agree with Geoff Ryan’s phrase, “Though disillusionment with established political structures might be very real, political disengagement is not the answer.”

While I was being browbeaten into learning the social value of politics, I was also learning about the political dimension of the gospel. Political involvement, I learned, was not just a civic obligation, but a theological one. I came to believe that Christians were generally obligated to participate in politics, to “seek the welfare of the city” (Jer. 29:7). And as a result of some very powerful spiritual experiences, I also came to believe that politics was part of my vocation, not just a duty.

So it was decided: I would join a political party. Unfortunately for my Canadian Alliance friends, I chose to become a Liberal.

I joined the party in the fall of 2002 and since then, I’ve seen three leadership campaigns, three general elections, the debate over legalizing same sex marriage, a fight over Canada’s participation in the U.S. missile defense program, and the sponsorship scandal. I’ve recruited members, raised money, run election databases and been asked to campaign as a candidate—and while I’ve suffered through politics at its ugliest, I’ve also met amazing people and had a chance to change government policy once or twice. Everything my friends in Calgary told me about political participation has proven true.

But why did I become a Liberal? It was not an uncontroversial decision. I had just joined a charismatic evangelical church where most members could be described as reflexively Conservative. My fellow congregants didn’t think much about politics, but “if you have to support someone,” they would say, “then it has to be the Canadian Alliance (later the Conservative Party). They’re the Christians, you know. Stockwell Day used to be a minister.”

So explaining my Liberal Party membership became a recurring feature of my weekly worship service. I’d talk about how Paul Martin was going to make Parliament more democratic, or how the Liberals had balanced the budget—but to be perfectly honest, my initial reasoning was very close to that of Geoff Ryan’s friend, Frank Heinrichs: “They were going to win anyway, and [I] really wanted to achieve something . . . [I] threw [my] lot in with them, planning to work from ‘the inside’ to effect change.” I didn’t have a clear political ideology to speak of. My intuition was that I was a Liberal, but I figured I could always change parties if I was wrong. It turned out that what I was wrong about was who was going to win.

But, even though I caved in to the party structure, let me take a step back. There is a broader problem with this quiet, reflexive impulse within the church to “pick a team.” Christ takes no membership in any political party. Christians may agree on the substance of issues and still align themselves with different political parties because of differences in priorities.

Politics is too complex for Christians to put the stamp of divine approval on a given political philosophy or party. They are all ambiguous in their effects. Quoting Geoff Ryan: “Parties rise to power and fall from power in cyclical patterns, and when they are in power, their influences on the policies and laws . . . are neither consistently good, nor consistently bad.” This suggests that questions of partisanship are important, but secondary, as we would often expect to find Christians on different sides of almost any issue.

I am ashamed to admit now that my original orientation towards politics was almost exclusively concerned with learning how to obtain and keep power. Fortunately, if the Liberal Party teaches a person anything, it is the futility of this ambition. When winning is the first thing, it quickly becomes the only thing. I now think that power is one of the least important measures of the success of a Christian politician. As in all areas of life, we are called to be faithful to the example of Christ. And he did not pursue power.

In Matthew’s gospel, Jesus speaks about how Christians should relate to power. The disciples are upset with James and John for asking for places of chief influence in Jesus’ kingdom. To settle the dispute, Jesus explains:

“You know that the rulers of the Gentiles lord it over them, and their high officials exercise authority over them. Not so with you. Instead, whoever wants to become great among you must be your servant, and whoever wants to be first must be your slave—just as the Son of Man did not come to be served, but to serve, and to give his life as a ransom for many.” (Matt 20:24-28)

Jesus seems to be saying that Christians should not be concerned with exercising authority over others. Instead, the Christian should follow the example of Christ on the cross when it comes to power. Jesus returns to this point in the last hours of his life, reminding his disciples, “The kings of the Gentiles lord it over them; and those who exercise authority over them call themselves Benefactors. But you are not to be like that.” (Luke 22:25-26)

Because the crucifixion of Jesus is important as a spiritual event, it is easy to lose sight of the political importance of it. In the confrontation between Jesus and Pilate, the whole weight of the Roman Empire bears down on an innocent man who has committed no crime and executes him in the most brutal manner. The cross is an image of power as injustice—the face of political power gone completely askew. And Jesus confronts this power, proclaims the truth and suffers the consequences, exposing it for exactly what it is by his innocent death.

We know that power is corrupted by sin and becomes unjust. When we see this, we are called to stand in the face of it, confront it proclaim the truth of the gospel and suffer the consequences—just as Jesus did. In the meantime, we should work to seek the good in public while we await our opportunity to follow Christ onto the cross.