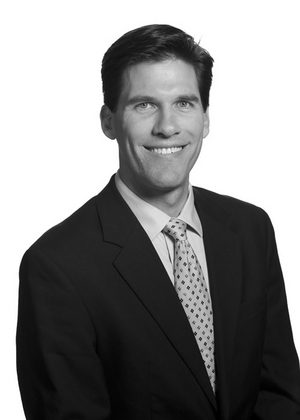 The Missional Church in the Public Square

Michael Goheen's A Light to the Nations locates the church's missional identity in God's plan to restore all of creation through his covenant people.

Many Christians fear that active involvement in the larger world, and especially in politics, dilutes the gospel. Isn’t the church’s primary task to worship God, preach the good news of Jesus, and evangelize the lost? Doesn’t meddling in politics risk distracting from these tasks or, worse, compromising the church’s witness? The popular focus today is on being “missional”—shouldn’t congregations care more about missions to the unreached than influencing the public square?

A new book about the missional calling of the church sheds light on these concerns.

In A Light to the Nations, pastor and professor Michael Goheen argues that modern discussions about missions tend to miss the more comprehensive biblical account of God’s larger mission. For instance, while many books on the missional church begin with the outreach to the Gentiles described in Acts, they often ignore the way mission characterizes God and God’s people throughout the entire biblical narrative. Goheen corrects this neglect. And by highlighting the essential role of mission in both the Old and New Testaments, he provides a useful tool for considering current church-world discussions. Goheen helps churches see not only how political engagement follows from their calling to be a blessing to the nations, but also how such engagement requires Christians to remain distinct from their larger culture.

Mission in the Old Testament

According to Goheen, mission fundamentally has to do with the church’s understanding of who it is: “At its best, ‘missional’ describes not a specific activity of the church but [its] very essence and identity.” The church finds its identity, he claims, in its role in the biblical story—the story not just of Jesus uttering the Great Commission or Paul preaching to Gentiles, but of God restoring all of creation through his covenant people.

Understanding God’s larger mission in the biblical narrative requires understanding God’s history with Old Testament Israel. Goheen laments that many approaches to missions today leave this out. In contrast, he directs readers to begin uncovering the missional nature of the church in the calling of Israel, especially concerning Israel’s relation to other nations.

“Mission,” in Old Testament Israel’s terms, wasn’t primarily individualistic, nor did it mean intentionally incorporating outsiders into the believing community. According to Goheen, the Old Testament concept of mission “involves the belief that the whole community has a task to fulfill on behalf of all mankind.” What is that task? To participate in God’s mission of offering healing and restoration to the world. “[I]t is God’s long-term purpose to renew the creation. The people of God are missional in that they are taken up into this work for the sake of the world,” he writes.

Goheen emphasizes that God’s people find their identity in a relationship outside themselves. For Israel, that relationship takes form in a special covenant with Yahweh. Yahweh purposed the blessings of that covenant not just for her but for the entire world. Goheen shows that at each point in Israel’s covenant history—from the first promise to Abraham through the giving of the Mosaic law to the prophesied return from exile—Yahweh intended “all nations on earth” to be blessed through Israel (Genesis 18:18-19). Being God’s covenant people meant that Israel would be a “light for the nations” (Isaiah 42:6; 49:6). Through her, all nations would come to know God and God’s purposes for life together.

This orientation to the world—this calling for the sake of others—is essential to Israel’s essence and identity. It also grounds Jesus’ earthly mission and the missional nature of the church.

Understanding the mission of Old Testament Israel enlightens our understanding of Christ’s own mission. According to Goheen, Jesus’ intention during his earthly ministry was to reform Israel—in other words, to continue God’s mission of channeling salvation through his covenant people to the nations. The prophets foretold that this mission would see fulfillment during “the last days,” when God would return to Jerusalem to gather and purify Israel and reign as universal King. Goheen explicates Christ’s actions in the New Testament in these very terms.

Jesus’ purpose, he argues, centred on gathering a community to embody his own kingdom mission. This purpose comes through in various biblical images of gathering, whether of sheep into a fold (John 10:16), people to a banquet table (Matthew 8:11), or crops on harvest day (Matthew 13:30).

But Jesus didn’t gather a brand-new community. Jesus drew together and purified the reconstituted Israel, restoring her to her original calling as “the light of the world” (Matthew 5:14). According to Goheen, through his death and resurrection, and in the giving of his Spirit, Jesus inaugurated “the last days.” The promised Kingdom of God has begun to appear; the long-awaited pilgrimage of the nations into the covenant community can begin.

The Mission of the Early Church

Goheen traces this missional thread through the New Testament church. The church continues Christ’s mission, he says, which means drawing outsiders into God’s covenant people. But Goheen notes a crucial turning point in redemptive history: the church in Antioch sends Paul and Barnabas to live out the gospel in distant regions. Whereas the Old Testament prophets had described the nations coming to Jerusalem as God gathered them in, Goheen shows how the New Testament church undertakes a centrifugal movement from Jerusalem “to the ends of the earth” (Acts 1:8; 13:47).

This centrifugal movement did not replace the centripetal dynamic at the heart of Old Testament Israel’s covenant. At points, Goheen’s account seems to err in this direction, but his reliance on the late missiologist Lesslie Newbigin keeps his overall account well-balanced. A missional church cares both for drawing outsiders in and sending members out. This is important when considering how Goheen’s account can inform modern church-world relations. (Also of note: Given Newbigin’s influence, it’s somewhat surprising that Goheen doesn’t focus more on God’s nature as Trinity. Doing so would have grounded his case for an outward-focused mission in the very nature of God, who exists as three divine persons eternally giving themselves to each other. Although he doesn’t develop this particular point about the Trinity, Goheen does highlight both the Son and Spirit’s roles in God’s mission.)

How does Goheen’s account of what it means to be “missional” inform today’s church-world relationship? In particular, does his account shed light on concerns that church involvement in secular politics is at odds with activities like missions and evangelism?

The answer lies in drawing out the implications of the church’s mission as Goheen develops it.

First, Goheen reminds the church of its public nature. Some Christians in modern Western culture view the church as a private religious community interested only in future and otherworldly salvation. In contrast, Goheen points out that the early church explicitly rejected this notion. In calling itself ekklesia (meaning “public assembly”), the early church viewed itself as “a public society that embodies God’s social order for the sake of the nations.”

Second, Goheen calls churches to live as critical participants in the public square. The world’s basic spheres of authority and responsibility—including realms of politics, economics, family, work and education—were created by God for good purposes. Goheen therefore claims that a missional church will find itself, to a certain degree, “at home” in the life of its surrounding city. Yet, because these various institutions and spheres have been perverted by sin, a faithful church will also find itself “at odds” there. The appropriate level of church-world tension will differ according to different cultural contexts. Churches must discern when to affirm and support and when to reject and challenge.

Third, Goheen asserts that, as critical participants in the larger culture, missional churches will be simultaneously for and against the world. The church takes up these dual postures both by remaining distinct from the world, and by actively engaging its various structures.

Like Old Testament Israel, God calls the church to be visibly distinct from her neighbours (1 Peter 2:9-12). The church’s mission involves living as a “display people,” a “contrast model,” an attractive sign before the watching world of what God intends for all peoples. In this sense, the church is called to be against the world by maintaining a certain kind of “distance” from it. The distance called for, though, isn’t a geographical one but a moral and cultural one. God summons his people to live in the midst of others while sustaining a distance (if necessary) from their worldview and lifestyle. As it provides a paradigm of faithfulness, the church serves the wider community by showing that “a different faith and a different set of commitments” is possible. The church exists for the world precisely in standing against it.

Goheen considers this “modeling” task of the church to be primary. His initial suggestions about “what might this look like today” therefore have to do with the church’s worship, preaching, prayer life and ability to live as a contrast community.

But the church’s missional task isn’t exhausted by its call to be a model.

God sends the church—like Christ—to challenge the “principalities and powers” of this world (Ephesians 6:12). This takes place when the church, as a corporate body, speaks to and resists ungodly systems and structures. But, more often, this challenge occurs as church members faithfully exercise their daily vocational roles. As Newbigin argues, “The Church exists in its prime reality from Monday to Saturday, in all its members, dispersed throughout fields and homes and offices and factories, bearing the royal priesthood of Christ in every corner of his world. On the Lord’s day it is withdrawn into itself to renew its being in the Lord Himself.”

Goheen notes that the calling of individual Christians in the various institutions and spheres of public life isn’t just to do evangelism, but to fulfill the norms of God’s creational order. Through active engagement in politics, economics, medicine, law, journalism, farming, and factory work, Christians testify to the goodness of God’s creation and to God’s desire to set all of it right. In this way, the “field, home, office, mill [and] law court” are arenas in which Christians carry out the call to love their neighbours (Galatians 5:14) and seek their city’s welfare (Jeremiah 29:7). Where this requires opposing unjust or idolatrous powers, and bearing suffering as a result, the church stands against the world as part of its effort to engage it for good.

For Goheen, this challenging engagement is missional even though it may be political.

Proclaiming and modeling the kingdom’s presence is primary, but a missional church’s witness will move beyond her internal communal life. (The biblical image of the church as salt rather than just light might have helped Goheen make this point.) Thus, in addition to the church’s corporate worship, preaching, and prayer life, Goheen also stresses the importance of individual faithfulness in vocations and meeting needs in the surrounding community.

A Light to the Nations locates the church’s missional identity in God’s plan to restore all of creation through his covenant people. Christians exercise their role in this plan not only as distinct witnessing communities but also as critical participants in public life. For this reason, when it’s guided by love and seeking the welfare of the surrounding city, political activity can be a faithful expression of the church’s mission—her calling to be an instrument of blessing to the nations.