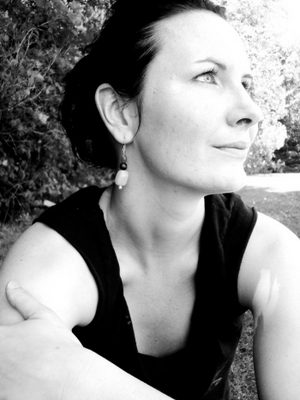 A for-profit fashion business with a non-profit mindset, harnessing the arts to invest in communities in need throughout the world.

Ty Clark is on the move. Today his bed is centred in the middle of his brother’s living room. His wife is in Africa. He’s in the throes of planning a coast-to-coast tour of the United States.

It’s difficult to nail down Clark’s “profession,” and he wouldn’t have it any other way. As an artist he works under the name Samo4Prez (a reference to Jean Michel Basquiat’s pseudonym). And as a CEO/Founder of the Veritas Fashion and Arts Collective (www.liveveritas.com), he is constantly presenting art collections, hosting fashion trunk shows, seeking investors, identifying movers and shakers, and adding more artists to the collective.

He sums his life up best: “In 2011, we are going to travel to 50+ cities across the U.S. to support one community in Kenya. After that, who knows.”

It’s not a normal kind of life.

Ty Clark grew up in Northern California. He and his two siblings encountered art at an early age. His grandparents’ house was a veritable literary and artistic emporium, brimming with books, sculptures, eccentric rugs, and prints by Picasso, Gauguin, and Van Gogh. His uncle, Conway “Jiggs” Pierson, was a world famous sculptor and Raku artist. The family home was filled with paint brushes, pencils, clay, and books, and his parents encouraged artistic interest.

Africa came on his radar when his parents began humanitarian work in Africa and Mexico. In 1995, Clark and his father traveled to Rwanda to work with children after the genocide—and his worldview changed drastically.

“I was confronted with death, sorrow, poverty, hopelessness, child soldiers, and loss like I had never experienced. Mix these raw emotions, sights, smells, and sounds with my creative brain, and I believe at this point I actually ‘became’ and felt like I ‘belonged’ in this world for a purpose.”

Veritas was born upon Clark’s return to America.

Clark combined his fashion retail background at Quiksilver with his experience as a marketing and art director and showing artist to launch what he calls “an art/fashion brand.” Veritas is a for-profit business with a non-profit mindset, harnessing the arts to invest in communities in need throughout the world.

And Christians are right at the forefront.

Chances are good that if you grew up in church or on the fringe of a youth group, you went to Mexico. Van-fulls of teenagers travel across the border to sing songs, help build houses, and lead Vacation Bible Schools. The fruit of those week-long trips were lasting buildings and a few fond memories. Now, thanks to the likes of U2 frontman Bono and his wife Ali Hewson—the ultimate social entrepreneurs—Africa is the new missions continent of choice.

In 2007, Bono took flack for failing to work with African entrepreneurs and grassroots organisations, resulting in Africa becoming more dependent on international handouts. Since then a shift has occurred with on-the-ground entrepreneurship at the centre of humanitarian and Christian mission initiatives.

Canadian Jay Duncan created a guitar-making industry in Mpigi, Uganda. B.C.-based businessman Volker Wagner initiated the restoration of Bulembu, an abandoned mining town in Swaziland. Bulembu’s vision is to restore a vibrant, self-sustaining community by 2020. In many cases, the aim is to have Africans earning a decent living while the goods are exported to foreign markets, including Canada and the U.S.

Fashion is right in the mix with U.S.-based Veritas and Canadian-based Reversal of Fortune (reversaloffortune.org.

In January 2008, fashion designer Paul Hardy made a humanitarian trip to Uganda. The journey profoundly changed his viewpoint on life and his career in fashion. Hardy’s travels spurred a new insight that compelled him to return to Canada and seek opportunities to invest in both Africa’s economy and its citizens. To this end, Hardy has set out to create a development project for women who are victims of sex crimes by rebel groups as a consequence of the political wars in certain regions of Africa. The project, known as Reversal of Fortune, will not only provide sustainable revenue. Its greater goal is to recast a vision for these individuals’ lives.

Ty Clark’s Veritas has most recently developed a messenger bag that will be produced entirely by mothers with kids with special needs in Kenya. Proceeds from the bag will benefit Comfort The Children International and Naomi’s Village in their fight against malaria and other preventable killers around the world.

“This is our part. We’re working to change the world through creative means. Veritas is High End Fashion Clothing with a purpose,” says Clark.

“We have also launched our ‘For Purpose’ line that will give beyond the 20% for each piece sold. We currently have one top that we designed specifically for Austin Nichols and Sophia Bush of the hit TV show One Tree Hill that supports their Gulf Clean up efforts, and we also sell CTC International L.I.F.E bags that members of our Artist Collective designed for them. Of course, we eventually hope to get to the point where we can show and are invited to major Fashion Weeks. We are still a very small company with a very large vision. We are still looking for investors and fundraising so that we can achieve the goals we hold very tightly to.”

Veritas’ big idea? “Our vision as a brand is to inspire creative individuals to create the best work they can,” says Clark. “To promote the arts and bring them into living rooms, backyards, and businesses across the U.S. and hopefully the international community after that, using the Veritas brand to live while investing 20% of the profits to places of need.”

Clark points to the words of Madeleine L’Engle:

There is no denying that the artist is someone who is full of questions, who cries them out in great angst, who discovers the rainbow answers in darkness, and then rushes to canvas or paper. An artist is someone who cannot rest, who can never rest as long as there is one suffering person in this world. Along with Plato’s divine madness there is also divine discontent, a longing to find the melody in the discords of chaos, the rhyme in the cacophony, the surprised smile in time of stress or strain.

It is not that what is not enough, for it is; it is that what is had been disarranged, and is crying out to be in place. Perhaps the artist longs to sleep well every night; to eat anything without indigestion; to feel no moral qualms; to turn off the television news and make a sandwich after seeing the devastation and death caused by famine and drought and earthquake and flood. But the artist cannot manage this normalcy. Vision keeps breaking through, and must find means of expression.

Veritas has gravitas. As Ariel Ginter of SJSW Fashion Magazine writes: “More often than not, the world of fashion revolves around the superficial and selfish. But this brand and its founder have breathed new life into the hope for fashion.”