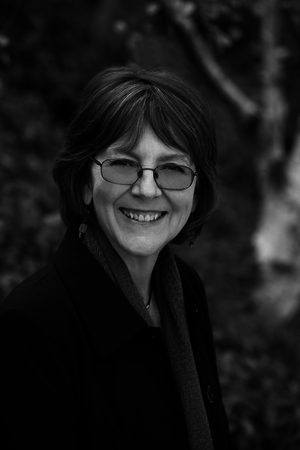 What Are We Willing to Know?

Forming wisdom in an age of information overload.

There have been times in my life when I could barely bring myself to read the newspaper. The Cold War with its threat of nuclear disaster, images of burning villages in Vietnam, unspeakable deaths by machete in Rwanda, children dying in Iraqi hospitals from war wounds, lists of both American and Afghan casualties on inhospitable mountainsides, perennial images of malnourished infants with distended bellies—all this becomes overwhelming. I think often about the point Saul Wurman made in his prescient 1995 book, Information Anxiety, that we are not “wired” for the sheer amount of information, let alone the horror, we are now able to ingest in the course of a day. For most of history most people haven’t had to make the kinds of daily decisions that we now have to make about what to know as we navigate ubiquitous, sometimes inescapable news media.

We are not “wired” for the sheer amount of information, let alone the horror, we are now able to ingest in the course of a day.

I wrestle with the question of what current events I have an obligation to pay attention to, not only as a citizen who still believes in constitutional democracy, but also as a Christian who asks, who is my neighbour? While I wonder if Kazakhstan and the Maldives lie in my neighbourhood. If I am to care for those who suffer, I have come to realize, I must care about the policies, economic practices, and abuses of power that have caused their suffering. This is what it is now to care for the widow and the orphan, the wounded man by the side of the road, the least of these; our neighbourhood is a suffering planet. We’ve never before been able to think globally in the way we now can, and must.

Still, it’s deeply disturbing even to read statistics about large-scale devastation, let alone see images that stay with us and wake us in the night. The prayer, “Let my heart be broken by what breaks the heart of God” is a daring and consequential request.

I recently talked with a woman who claimed she never listened to the news and rarely read a paper. “It’s just too much and too dark,” she said. “I can’t do anything about it, anyway, and it makes me depressed.” Her confession was honest, and not without a rueful recognition that she was avoiding a responsibility. Still, like people who laughingly declare, as they lay aside a stack of unpaid bills or dive into a second slice of chocolate cake, “I’m staying in denial,” she managed to retrench her commitment to ignorance by confessing it. I often hear versions of this sort of confession from students who are still growing into their understanding of adult responsibilities:

Each of these reasons for not informing oneself is commendable, in its way. As to the first, some are clearly called to public advocacy and activism while others are just as committed to the close-to-home tasks of caring for families or for the sick, teaching children to read, keeping a business running. Not every African American is called to be Rosa Parks, nor everyone who loves nature a Bill McKibben, nor every Christian a Mother Teresa.

If I am to care for those who suffer…I must care about the policies, economic practices, and abuses of power that have caused their suffering.

As to the second, the simple response is, yes—the issues are overwhelming. The number and complexity of the problems we face are hard even to take in, let alone find ways to become “part of the solution.” And though one can find hope in new technologies and alternative energy sources, soup kitchens, innovative educational ideas, and microfinancing, not to mention faith in a God who still holds the world in its orbit, ignorance remains a tempting choice.

As to the third rationale, I’d say yes again—it’s good to notice “the positive things,” to applaud the efforts of new entrepreneurial ventures, nonprofits, and volunteers who are making a difference by responding to critical needs. Thank God for Rotarians and community gardeners and soccer coaches and hospice workers and stay-at-home moms who are helping kids stay curious and courteous. Keeping ourselves and our communities alive deserves a large share of our attention. Still, to choose life requires that we also be willing to face what threatens life and help resist it.

The fourth response, opting to focus on prayer, church, and charity rather than on “secular” politics, is more complicated. Christian responses to public crisis have always covered a wide spectrum, from principled nonparticipation to dedicated activism. What remains indisputable is Christ’s call to care for the poor, to pursue peace, to heal the sick, to be doers and bearers of the word—all mandates that require a willingness to look into the darkness, and sometimes to go there.

Ignorance Is No Excuse

The problem with deciding not to inform ourselves is the assumption that attempting to understand the vast web of systems on which we depend is optional. The principle that ignorance is no excuse dates back to the ancient Romans. And towering theologians like Thomas Aquinas and Jonathan Edwards have affirmed it as a theological principle, arguing that willful ignorance of things one is “bound and able to know” is a sin. In some circumstances we call it failure of “due diligence,” a phrase that implies an obligation to find out those things on which our lives, welfare, and moral integrity depend. Obviously, no one of us is “bound and able” to acquire a working knowledge of all that affects us. But it’s good for us to know the rudiments of anatomy to care for our bodies, and enough biochemistry to understand roughly what high-fructose corn syrup does; it’s good to know something about how our cars and our waste disposal systems work (or don’t) and why recycling is a good idea. It’s good to understand what “free market” and “regulation” actually mean in practice. We need to know what a “carbon footprint” is, and why deforestation matters. We need to know why overuse of antibiotics and careless disposal of them are problems.

Moreover, we need to learn ways to cross-check and verify what we think we know in the midst of an avalanche of information, misinformation, and disinformation.

The processes that affect us are less transparent than they were when production was more local and the people involved in it more accountable to each other. If one bought a sheep from a local farmer that proved to be diseased, one knew exactly where to go to complain. If, however, I buy a defective computer, I have little access to the manufacturer, and no way of knowing where in production the problem occurred. Manufacture, public communication, medical care, and policy-making depend increasingly on technology and knowledge available only to a small minority: those who understand how long-polymer plastics are synthesized; those who understand why the mercury levels in fish are rising; those who understand how power and accountability are redistributed when public utilities are privatized; and those who, conversely, can enumerate the ways government regulation threatens private enterprise.

We can’t all be scientists. Or take college-level economics. Or recognize the ingredients in processed foods. But we can deepen our commitment to caring for each other and the earth by reflecting honestly on a few hard questions:

Positive efforts to counteract abuses of humans and the earth are happening all over the world—prison ministries, the Slow Food movement, Physicians for Social Responsibility, the Rainforest Network, the League of Conservation Voters, the Union of Responsible Scientists, Fairness and Accuracy in Reporting, Evangelicals for Social Action, and countless other groups help inform the public, encourage life-giving choices, and promote innovation, peace, and cooperation. These are an encouraging mass of people who are willing to know.

We need to learn ways to cross-check and verify what we think we know in the midst of an avalanche of information, misinformation and disinformation.

Willingness to know leads us into new communities, which we need, because knowing can be lonely. It can realign our relationships, sometimes distancing us from people we love. And knowing takes time—for reading, for conversation, for discernment, for decision-making, for trust-building.

It also takes courage. As I mentioned above, information that overwhelms and frightens can be paralyzing. A strategy for raising our tolerance for both is to seek out others who can “look on storms” and not be shaken, who have expertise and are in a position to work on the front lines to change policies, practices, and public conversations. We need to identify leaders among us who are called to speak or act or travel or invent what is needful and support them. Some of us need to be them.

In Robert Bolt’s play A Man for All Seasons, Thomas More muses, “God made the angels to show Him splendor, as He made animals for innocence and plants for their simplicity. But Man He made to serve Him wittily, in the tangle of his mind.” More knew the political consequences he faced for taking a stand on a belief he could not compromise. Hundreds of thousands of people now face political consequences for challenging authority, speaking truths others don’t want to hear, correcting disinformation. Being willing to know what they know and act on it has subjected them to ostracism, loss, even torture. Yet they still commit to serve their God, their families, their fellow citizens wittily, in minds they have trained to link question to question until verifiable answers emerge from the tangle. This kind of courage is the true aim of education—willingness to know and act on what we know, alert to ways new information can modify what we think we know.

Information that overwhelms and frightens can be paralyzing.

Let me close with a list (in no particular order) of matters many people would rather not know about. Some of the items on the list were contributed by friends who responded to the question, “About what kinds of things do you find yourself saying, ‘I just don’t want to know’?”

To enter into public conversations about any of these is challenging. When we do so we’re likely to encounter a range of objections, even from those who agree with us, that can sabotage our resolve: “You’ll never convince them, so don’t waste your energy.” “You have your sources, they have theirs—we’re all biased.” “Don’t be cynical, paranoid, obsessive, strident.” “Spend your energy on something you can actually do something about.” All these objections have enough merit to pause over, but not enough to override the importance of knowing what we can.

Which is why we need circles of friends, church groups, reading groups where we can keep finding ways to address common problems, encouraging one another to hang on to hope that drives deeper than optimism and is willing to take “a full look at the worst.”

I think of how often God’s messengers and Jesus himself urged, “Be not afraid.” Both comfort and command, those words suggest that taking that full look at the worst is exactly what the Spirit equips us to do—to have eyes willing to see, and ears willing to hear, and hearts willing to participate wherever we can in redressing injustice and fostering the kind of community we were called to by the Holy One who made us stewards and called us friends.