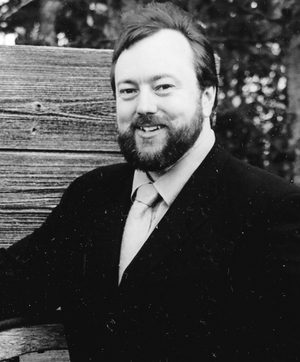 What is to be done… in politics?

When Pulitzer Prize-winning New York Times reporter and Stalin apologist Walter Duranty was asked to comment on Josef Stalin‘s artificial famine in 1932-1933 Ukraine, he famously quipped: “You can’t make an omelette without breaking eggs.” Duranty died in 1957 in poverty, as reports of the extent of Stalin’s totalitarian reign of terror began reaching the West without the benefit of Duranty’s apologetics. Stalin’s ruling as he did in totalitarian fashion required a regular purge of his ranks and even his closest supporters, as well as the institution of the Gulag camps to which thousands if not millions of Soviet citizens were sent for “re-education.” Stalin ruled according to an ethos of total control—”totalitarianism.” The ethos of total control defined the politics the Soviet dictator followed, unthinkable as it should have been.

Politics is a calling in its own right—a noble one at that—that in a constitutional, representative polity possesses an ethos of cobbling together coalitions of citizens, opinion leaders, associations, and institutions to work together in the pursuit of—or influencing—the exercise of the state’s power not for private gain but towards justice in support of human flourishing.

Politics is a calling in its own right. An early lesson from doing party politics—day in, day out—is to realize just how much “politics” runs through workplace culture, neighbourhoods, schools and parent-teacher relations—churches, even—as well as the more obvious places like labour unions, pressure groups, and the like. Far too many of our social institutions and associations have been politicized so that politics becomes a primary marker of internal and external relationships in an organization. What does it do to a family when relations between parents and children or between spouses are defined politically? What happens to a business where relations are framed politically among managers, let alone between business managers and union members and leaders? What happens to a police force or a military institution when it is politicized both within and in relation to civilian, political masters?

As a defining ethos, politics no more belongs in a police service or a military authority than it belongs in a family. But politics does have a place as a pursuit in its own right.

As Jonathan Chaplin argues in “Beyond Liberal Restraint: Defending Religiously Based Arguments in Law and Public Policy,” there is a rationale, an ethos, and a set of skills that belong to the domain of the political (UBC Law Review, Vol 33, Special Edition, 2000, pp. 617-646, especially pp. 641-646). (Chaplin insists that the ethos of politics does not preclude the participation of religious people—that when liberals in the broad sense do so, they “may need to learn something about the parochial character of liberalism”). Far too often, business people, members of the professions, citizens, churchgoers, and even politicians of all stripes—municipally, provincially, and federally—complain that the politics got in the way of the very fine policies they wanted given the force of law. But surely this misses the point. Such people have failed to understand that there is a domain of the political with its rationale and particular function, an ethos, and a set of skills inherent to it.

In his The Spirit of the Laws (1748), the Baron de Montesquieu picks up this line of argument from Aristotle. Montesquieu also argues in favour of a constitutional government that employs the principles of the various forms of government in order to avoid their perversions. He also inquires as to the guiding principle or ethos of each of the major forms of government, and how those guiding principles can be perverted.

Why the rehearsal of Aristotle and Montesquieu? Just this: the form of government defines how the power of the state is pursued or how the state is influenced. Under constitutional, representative government, what we typically describe as “liberal democracy,” politics follows certain lines. Politics in a constitutional, representative polity follows a certain ethos. In Canada’s parliamentary democracy and America’s congressional democracy citizens are important, but so are the local electoral district, the Member of Parliament and the Congressman, the Houses of Parliament (Commons and Senate) and Congress (Representatives and Senate), the cabinet, and the Canadian prime minister and the American president. Expanding the circle: the machinery and officers of Parliament and Congress, the press gallery and corps, the public servants, lobbyists, interest groups, and issues advocates all figure into politics in our polities. Marshalling these actors, associations, and institutions is “good politics” . . . if it’s in the pursuit of justice.

There’s “good-bad” politics and “bad-good” politics, too. “Good-bad” politics is pursued by those who understand how to effectively marshal the actors, associations, and institutions of constitutional, representative polities, but for private gain or in the pursuit of unjust policies. “Bad-good” politics is the pursuit of just policies, but ineffectively marshalling the dynamics of our political systems. Too often, instead of seeking out like-minded people who have acquired political skill, political neophytes will create a shell organization with a view to pursuing a public policy. Too many such people repeat mistakes unnecessarily, when politically experienced and skilled people of like policy mind would help for the asking. The wise will seek them out, be “teachable,” take their advice, and follow their lead. Contemporary politics frequently leads the way in marketing, public opinion research, advertising, media buying, direct voter/consumer contact and identification (“ID”), communications planning and messaging and scripting, event organization and blocking, speechwriting, and media relations. Few would think of asking anyone but a surgical specialist to pursue a surgical remedy. Why is it any different in pursuing a political remedy? Politics is a pursuit in its own right, with an ethos particular to our polity, that done well follows a number of techniques.

To pursue good policy with populist politics will only get one so far in a constitutional, representative polity like ours since it doesn’t account for associations and institutions. Likewise, to pursue good policy through associations and institutions without marshalling public opinion and citizen activism is to risk alienating citizens from politics and their government. To employ political skillfulness in pursuit of private interest or unjust policy is to rob politics of its nobility. To fail to understand the ethos of politics in a constitutional, representative polity, or to fail to do it well, is to rob politics of its standing as a calling. But politics is a calling, and a noble one at that.

What is hinted at in Aristotle and Montesquieu—that the institutions of a polity as well as citizens and rulers figure into politics—is developed in Christian political theory, beginning with Christ’s pronouncement to render to Caesar what is Caesar’s, and to God what is God’s. Oxford University Professor Oliver O’Donovan of Christ Church College and Canadian Joan Lockwood O’Donovan unfold the development of plural institutions of authority and power in their anthology of excerpts from some 1600 years of Christian political thought, From Irenaeus to Grotius: A Sourcebook in Christian Political Thought, 100-1625 (Eerdmans, 1999). The O’Donovans highlight the development of the principle of dual (plural) authority in the tensions and relations between the state and the church. As the selected excerpts illustrate and unfold, properly understood as dual or plural authority, the separation of church and state throws up constraints not on religious reasons and speech in the public square. The separation safeguards against the unrestrained exercise of authority and power by the state or the church.

Althusius explicitly develops this understanding of plural institutions in his Politics (1603). And in the thought of his intellectual heirs in “the Amsterdam school” of Kuyper and Dooyeweerd, the institutional plurality and the “pluriformity” of society is injected with the idea of the “sovereignty” of each sphere according to its genius and responsibility (see Ray Pennings, “Sphere Sovereignty 101“). Understanding this offers insight into the nature and ethos of politics in a society with constitutional, representative government whose institutions and associations are not compartments or clients of an overarching state. That’s a departure from Aristotle who conceived society as a pyramid with the state at the top of the hierarchy. Understanding this in our politics offers a bulwark and safeguard against any totalizing tendencies.

Along the lines of Montesquieu’s analysis, a populist account of politics emphasizes the citizen and his equality to all others. The appeal is to the power of the people to effect change. Justice is what the people say it is, and human flourishing is found in a hyper-egalitarianism. A liberal-democratic account of politics is concerned with freedom and equality understood as human autonomy. The appeal is to the emancipated individual empowered to pursue a “substantive” autonomy. This defines the character of justice and the nature of human flourishing in the contemporary, liberal-democratic account of politics.

I leave as a somewhat open question what justice and human flourishing look like, but I will narrow it somewhat with a question. Does the tradition that produced a political theory of plural institutions and social pluriformity have anything to say about the character of justice—what justice is—in 21st-century Canada and America, both heirs to a constitutional, representative government that produced a society with plural institutions and social pluriformity? What does this tradition, which framed and produced constitutional, representative government, have to say about what justice is and what human flourishing normatively looks like?

There is a domain of the political. Politics is a calling in its own right—and a noble one, at that. In a constitutional, representative polity, the calling of politics follows an ethos of cobbling together coalitions of citizens, opinion leaders, associations, and institutions to work together in the pursuit of—or influencing—the exercise of the state’s power not for private gain but towards justice in support of human flourishing.

Pursuing it thus will give politics the nobility it deserves.