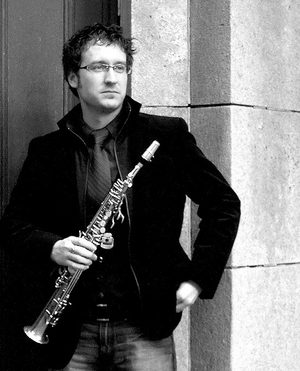 A New Future for Music History

Music history is not really about "history" at all. It's more like studying biology. Now, why can't undergraduate educators understand that?

“You can present the material, but you can’t make me care.”
—Calvin (Calvin & Hobbes)

I remember undergraduate music history for music majors with the kind of fondness one reserves for medical offices and the DMV. I’d sit in class thinking, “What can the Franco-Flemish School of Renaissance vocal polyphony have to do with late 20th century atonal compositions for the saxophone, an instrument not invented until the 19th century?”

Of the course, the answer is that the link is far more important than I could have ever imagined while wallowing in my sophomoric orchestra pit of naïveté.

Yet it would take more than four years for me to find a way to reconcile these seemingly incompatible and mutually irrelevant sonic worlds. Even as an upperclassman, I felt that few things could have been more detached from my future as a professional musician. (Here I laugh, remembering when it seemed that such a singularly focused career track in said vocation existed—as if it were like interviewing for The Home Depot, rather than starting a dinosaur zoo on the moon in 2120 after building a time machine and collecting specimens from the Mesozoic.)

I wish this music-history malaise was unique to me, the sole possessor of unparalleled idiocy. It wasn’t. L’Orchestre Naïve had many other players who gathered three times per week to listen to lectures about musical topics that sounded more like foreign languages (which they often contained) than a universal one.

Yet, the problem was not with the music—its history, evolution, theory, sociological-religious-political cross-pollinations, notation techniques or any other such thing. Nor was it the professors, nor the students. No, the issue was the paradigm dominating “how” music history ought to be taught.

Perhaps the trouble arose because the notion of “history” was involved. When studying history, one commonly assumes a position of forward chronology; start in the past and progress until one arrives in the present.

Yet when transferred to music, this is most clearly a size 7 approach squeezed onto a size 9 foot, because music history is not really about “history” at all. It is about music: what it is, who made it, when, how it sounds.

History for the most part is a static, immovable, unrepeatable set of events that exist in the past. Music is not these things. Music is alive. Music is art. Studying it is more like studying biology than history. It transcends the space and time in which it was created to remain continually inspiring to the human spirit until the gorillas, chimps, and orangutans take over the world after we’ve blown up the Statue of Liberty—and probably then too.

But despite this dynamism, general music history courses present the living in a format that presumes it’s dead. It’s like eulogizing your friend at a funeral when he’s sitting the first row eating a sandwich. People gravitate to music because of the life they find in playing it and hearing it. Then, they start taking music history:

At this point in time this thing happened, and it was a great thing for that time, and it led to this other thing over here in that now non-existent country. And even though that person that did that thing is dead, we can see the music on these old pieces of paper and hear some recordings you should memorize, because the test is next week and if you don’t get an “A,” you might not get to play at the honour recital and then that guy you’ve been trying to impress won’t hear your impeccable coloratura technique and so he’ll go out with that annoying blonde alto in the chamber choir.

It’s not that a robust awareness of music’s historical context isn’t important—rather, it is essential to understanding any music’s relationship with its time and multifaceted influences. Yet studying music involves more than understanding the static relationship it had in a particular time. The dynamic relationship music has with humanity and with other music should be the cornerstone of musicology.

So, is there a way to develop music students who have a strong fundamental understanding of what music is and was, where it has been and where it is going, while stoking the creative spark that drew them to the art form in the first place?

One way to begin is to let go of the historical-chronological paradigm. Students accepted to universities, reputable colleges, and conservatories have demonstrated musical aptitude and are likely familiar with the more celebrated eras and composers of music. Start there. Start by teaching them more about what they know, more about the music they are already performing.

The more one learns about what one loves, the more one thirsts to delve deeper and know more. One starts to ask questions like, “What came before this music?” and “What came after it?” “What creates that distinctive sound?” Early advanced musical study should establish a foundation of intellectual enthusiasm and curiosity about the subject, in addition to the continuing performance-oriented instruction students started receiving prior to university. Students arrive knowing they like music; they need to be shown why they like it.

I coasted through undergraduate music history, working hard only to achieve good marks, forgetting whatever wasn’t necessary for the next exam. I was too immature to see the connection and importance of how understanding music, its histories, theories, and philosophies, was crucial to my art and to my humanity. My peers and I needed help learning why. Not until graduate school—where classes are approached from a more compelling perspective—did my appreciation and thirst for knowledge of music deepen so much that this contemporary classical saxophonist fell in love with the sounds and stylings of Renaissance vocal motets.

But graduate school is too late for many students, who quickly tire of regurgitating information and abandon their musical pursuits, not because they have found a new, more compelling vocation, but because they lost hold of their first one. They leave never having made the all-important connection that tethers their art to their humanity.

For the undergraduate student, a new kind of class is needed, a class that simply studies music, built on the concept that a passion for great music and for exploring all known and unknown musical territory is the goal. Instill this attitude towards the musical arts in undergraduate students, especially in the first years, and a zest for the particulars—composers, dates, periods, works, history, theory, and so forth—will follow.