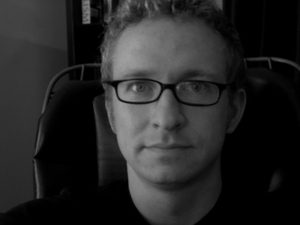 Christians are in need of some new metaphors.

Definition of PARABLE
: EXAMPLE; specifically : a usually short fictitious story that illustrates a MORAL attitude or a religious principle.

A friend of mine argued, not too long ago, that Christians are in need of some new metaphors—that the sheep, fish, doves, and loaves have lost some of their significance due to overuse and misuse. Well, I’ve found a new parable. I’m looking at a ship and a grandfather and a new inspiration.

I recently heard a familiar family story retold and it has really stuck with me. My wife first summarized it for me long before I heard it in detail from one of the participating characters—her (now deceased) grandfather. The full details were revealed to me at his recent interment in Arlington National Cemetery. My wife’s grandfather, John McCaffrey, WT1 was a boiler man on the aircraft carrier USS Franklin during WWII. The ship suffered the most damage of any ship that did not sink in WWII.

Although already having survived multiple attacks, including being struck by a falling enemy bomber, the most famous incident of the ship’s history took place on March 19, 1945 when the Franklin was struck by two armor-piercing bombs dropped from a single enemy plane during a strike on Japan. The bombs ripped through multiple decks in the centre and rear of the enormous ship, killing 724 of the crew and wounding 265 more. The ship was stranded, listing thirteen degrees in the water. Roughly 400 crew members, including John McCaffrey, stayed aboard and sailed the Franklin as it was towed to Hawaii for repair and later as it sailed to the Brooklyn Navy Yard for full restoration. The USS Franklin never saw battle again and was finally sold for scrap in 1966.

Looking through the historical records, photographs, and film archives, it’s hard to comprehend the enormity of the task those 400 sailors undertook. To decide to stay aboard and return the carrier after such a harrowing experience is almost completely beyond my imagination. To survive such a devastating attack and bring a completely incapacitated aircraft carrier back home is an act of monumental effort, devotion, and determination. It comes to my mind as a story that has implications beyond the historical record: it has moral and even religious implications that are applicable even today. This arguably makes the story of the USS Franklin something more than just a dramatic moment of history or a defining moment for a deceased relative. It becomes a type of parable that I can return to and draw moral and religious truths from.

I call this story a parable because I see such strong allusions to present circumstances. One could easily extract the main components and apply them to our environmental crisis—the recent Gulf oil disaster, global warming, sanitary water conditions in third world countries, poverty and resource depletion around the world. In applying this story to present situations, the ship becomes the victims of the disaster and we become the sailors—commissioned to turn the damaged vessel around amidst the destruction and to see it restored.

For me, it is also an inspirational tale that can be removed from the broader connotations of WWII and abstracted to a personal story of heroism, determination, and commitment. It is a call to action to heed the example of our forefathers (not distant ones, but ones we may have known) to sacrifice and act for the greater good. But it’s also more complicated than that. While I admire the determination and courage, I generally oppose war and violence and am reminded of the grave tragedies in our history that have accompanied some of our greatest victories. At the same time, I still have relatives serving in the US army overseas and I love and respect them duly. Somehow, despite the apparent contradiction, this story seems easily removed from all of that.

So I look at the Franklin and remember the effort, urgency, and valor and also the end of its story—being fully restored for use and then eventually sold for scrap. Maybe there’s another lesson in recycling and material use to be contemplated. Was the effort of these sailors for naught? Certainly not. Can I take from their action a different lesson of my own? Certainly. The challenge is seeing the truths and their applications to myself.

The story of the USS Franklin and parables in general get at a nagging question I’ve been thinking about lately. How do we motivate ourselves to action? I’m not talking about how do we get out of bed, walk forward, or make sandwiches, but how do we motivate ourselves to act on a regular basis in a particular way? How do we teach ourselves new behaviour? Is having a marker, a mental icon, one of the ways we are able to remember and keep track of our own progress and position related to the way we want to behave? I’m not certain, but I can’t stop thinking that there’s something in the story of the USS Franklin and in others like it that can help.