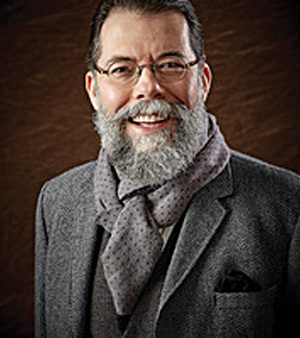 At the beginning of the 21 stcentury we may have difficulty recalling that once upon a time there were no organized political parties. To be sure, there were factions within the Athenian polis, the Roman republic and the ancient kingdoms and empires favouring this or that cause or claimant to the throne. If one’s preferred claimant did indeed come to power, whether by lawful or unlawful means, then one’s own faction might be said to have attained power along with him. Yet the notion of organizations established explicitly for purposes of advancing and implementing a particular political agenda is a fairly recent one. In 18th-century England two proto-parties began to have an influence within Parliament, namely, the Whigs and the Tories. These factions were not yet the tightly disciplined parliamentary caucuses they would later become. They were simply like-minded collections of parliamentarians who tended to vote in similar ways on issues of common concern. Not until the 19 thcentury were these factions organized as what we would now know as political parties.

On this side of the Atlantic, future US president James Madison warned, in Federalist Number 10, against the dangers of factionalism, which would inevitably introduce a party spirit into the new republic. Those congregating as a party would, he feared, bring a concern for their own interests into the deliberative process at the expense of the public interest. The best way to dilute the influence of these factions, Madison believed, was to multiply them within a large federal republic so that no single one could successfully monopolize political power. This was far preferable to suppressing them altogether, which would entail nothing less than extinguishing liberty—a cure worse than the disease. Shortly after the beginning of the American federal republic, a two-party system similar to Great Britain’s came into existence, with Democrats and Republicans today being near permanent features of the political landscape.

Here in Canada our two main parties took over the names of their British counterparts, although in contrast to the British Liberal Party, which faded after the end of the Great War of 1914-1918, our Liberal Party has proved far more enduring than the Conservative Party in its various incarnations. Although the existence of political parties is generally not provided for in a constitutional document, they have usually acquired something approaching constitutional status in what might be called the unwritten constitution. Canada is no exception. Without political parties, it would be virtually impossible to speak of forming a government in any coherent fashion. It is, after all, a party which is said to have won an election, whose leader becomes prime minister, and which provides cabinet ministers and sets the government’s agenda.

It is perhaps no accident that the growth of political parties largely coincided with the rise of the political ideologies around the time of the French Revolution. Throughout the ensuing two centuries such parties have taken one of a number of forms. Some have simply borne out Madison’s fears and done no more than to represent a particular interest group, such as farmers, labourers, small shopkeepers or an ethno-linguistic minority. Others have represented a grand social or political movement for, say, national independence or territorial secession. Still others have taken the form of pragmatic brokerage parties apparently existing for no better reason than to win elections. Such parties try to be, if not all things to all people, at least as many things to as many people as they can possibly manage.

However, the classic political party in the stereotypical western democracy is based on adherence to a specific set of political principles, often grouped under the label of ideologies. Most countries have a liberal party, a socialist or social democratic party, a communist or ex-communist party, and many even have professed Christian democratic parties. Such parties see themselves as representing, not a particular interest group constituting only a part of the body politic, but a particular vision of life and politics which they deem to be in the ultimate interest of the entire citizenry. Liberals do not simply articulate the interests of middle-class entrepreneurs, though they may indeed come to be identified with them. Rather they see themselves as evangelists for the principles of liberalism which they believe will eventually benefit everyone, whatever their current economic or social status. Similarly, socialists, though they are often tied to the labour unions, believe in their heart of hearts that implementing a socialist agenda will help all citizens, and not just industrial workers.

Half a century ago the French political scientist Maurice Duverger discovered a causal link between electoral systems and party systems. A single-member-plurality electoral system, also known as first-past-the-post, tends to encourage a two-party system, he found. That is to say, where a country is divided into so many electoral districts, each of which can elect only one representative by a simple majority, or plurality, the sorts of parties produced will tend to be pragmatic brokerage parties playing down principles and playing up winning at the polls. In any political system only two such parties are needed to make for competitive elections. A third such party will quickly make itself redundant, as one of the other two steals its thunder.

Secularization in 19th- and 20th-century Europe led to the rise of the modern party systems in which Christian democratic parties took their place as representatives, not only of the Christian community as a mere part of the whole, but of Christian principles manifested within the political realm. No longer could Christians rest on the assumption that theirs were Christian societies governed by a biblical vision of life. Instead this vision would have to be raised deliberately as a banner in the public square, competing with other visions—and illusions—for the allegiance of the voters.

But what of North America? Christian democratic parties did not arise within English-speaking polities, for two principal reasons: (1) the first-past-the-post electoral system discouraged their formation; and (2) the overt impact of the French Revolution within these countries was more limited. Indeed, Fr. Richard John Neuhaus of the journal First Things has argued—perhaps not altogether persuasively—that, prior to three decades ago, both Republicans and Democrats in the US represented the sort of vision picked up by the Christian democratic parties in continental Europe. In recent years Christians have been more visible in the Republican Party, while the Democratic Party has been largely overtaken by overt secularists, as chronicled by political scientists, Louis Bolce and Gerald de Maio.

Continued secularization in North America, coupled with the constitutional context, has posed something of a dilemma for Christians, including evangelicals and traditional Catholics and Orthodox. The dilemma is arguably more acute north of the 49th parallel. Given that Christians are called to be salt and light within their polities, what is the best way to do this? Two decades ago a small number of mostly Reformed Christians in Canada established the Christian Heritage Party (CHP), which over the course of five federal elections has failed to come close to winning even a single seat, perhaps due in part to the hurdle posed by the first-past-the-post system. Whatever the merits or flaws in the CHP’s programme and however dedicated its few supporters, it is difficult to avoid concluding that much time and energy have been dissipated in building and nurturing an organization which is so obviously handicapped by the electoral system. Correct principles are no substitute for prudential judgement in such matters.

By contrast, Citizens for Public Justice, whose origins are similarly within the Reformed community, decided early on to operate as an advocacy organization attempting to influence the political process without partisan affiliation. Its approximate American counterpart, the Association for Public Justice, gave up its initial effort to function as a Christian citizens’ movement with local chapters some 15 years ago, refashioning itself as a think tank under the name Center for Public Justice, as Richard Greydanus recently reported in these pages. Such efforts represent, not so much an abandonment of partisan politics, as a prudential recognition that establishing another party will be a nonstarter under current conditions.

The WRF’s own Russ Kuykendall has recently argued for neocalvinists having a greater influence within one of the existing federal parties. There is undoubtedly much to be said for such an alternative, especially insofar as it clearly rests on a realistic assessment of what is possible within the present political context. Nevertheless gaining even a foothold within such a party is likely to be an uphill battle, given that the electoral system discourages parties from embracing principles which might effectively marginalise them.

So where does that leave the Christian who is persuaded that redemption in Jesus Christ has implications for how we do politics? In an admittedly difficult position. For the present I would counsel a multifaceted approach, consisting of the following strategies to be pursued more or less simultaneously: