A bad bargain that is easily made. 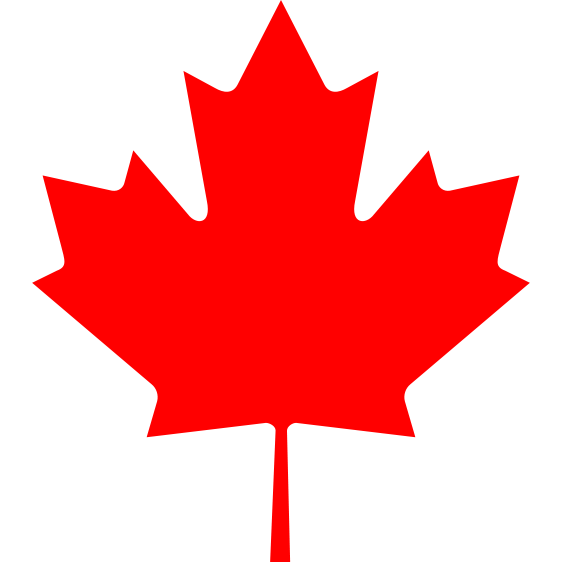 Editors: Following this piece is a reflection on the same topic with specific focus on Canadian context. (Take me there now.)

Henry Van Til observes that “culture is religion externalized.” By this, he meant that the culture of a people reflects their true religious priorities. So the existence of civil religion is not ultimately surprising. Like so many things, it’s a mixed bag, so discernment is needed.

But understanding the proper role of civil religion is complex. It is a normal symptom of national stress. It is about finding national meaning and purpose grounded in the transcendent. Philip Rieff argues in his provocative book, Sacred Order/Social Order: My Life Among the Deathworks (University of Virginia Press, 2006), that “cultures give readings of sacred order and ourselves somewhere in it . . . Culture and sacred order are inseparable, the former the registration of the latter as a systemic expression of the practical relation between humans and the shadow aspects of reality as it is lived.”

“No culture has ever preserved itself,” he concludes, “where it is not a registration of sacred order.” Our age is unprecedented because unlike all societies in the past, we do not publicly ground our social order in the sacred. As a result, for many, today’s appeals to civil religion sound odd or even alarming. What was once common is no longer as widely accepted in public discourse.

Some have suggested other alternatives. In Nations Matter: Culture, History, and the Cosmopolitan Dream (Routledge, 2007), New York University sociologist Craig Calhoun proposes cosmopolitanism, liberalism’s proposed universalistic alternative, as a substitute. But even as he offers cosmopolitanism as a viable alternative to civil religion, he acknowledges that it does not ultimately satisfy—it “does not provide the proximate solidarities on the basis of which better institutions and greater democracy can be built.” So for better or worse, we’re going to be left with some form of civil religion.

This is why those who hold religion in high regard and are most inclined to appeal to civil religion in public discourse need clear-eyed discernment.

At times of national stress, civil religion resurfaces. It did after September 11 and it has again today in the midst of our current economic struggles and growing frustration with the direction of the Obama White House. It was evidenced this summer at Glenn Beck’s “Restoring Honor” rally held at the Lincoln Memorial on the U.S. National Mall. Timothy Dalrymple asked whether Americans have squandered their cultural inheritance. Many feel that the current financial woes are connected to a longstanding moral decline, as Dr. Alveda King posited at the rally: “Our material gains seem to be going the way of our moral losses.”

Societies need myths, stories, and images. Few would deny the role religion has played in America’s past or its continuing relevance to vast numbers of its population. Even as modernity squeezes religion to the margins in most areas of public life, it continues to have great resonance as our social cement. Even in the midst of fragmenting pluralism, God-talk and notions that America has a distinct divine destiny are the natural recourse when Americans somehow feel attacked—physically, economically, or psychologically. Civil religion is understandable, and in many cases, it serves a valuable civic purpose.

But civil religion also has its dangers, and these dangers are best kept in mind, particularly when we feel under stress. For civil religion can dilute genuine religious belief and eventually lead to idolatry. Idolatry is not a term common to civic discourse, but it’s appropriate here.

Civil religion insists on providing a faith that is inclusive of all religious views and all citizens. It eschews exclusivity. So the civil religion’s pattern is to water down religious doctrine by deemphasizing belief over symbolic practices that usually cost one nothing. It reinforces the tendency to accommodate one’s faith to fits one’s social surroundings. It is an ecumenism of the lowest common denominator, where the citizenship in the City of Man is blurred with that in the City of God. And while we are to give to Caesar what is Caesar’s and to God what is God’s, in the final analysis, a Christian believer’s “citizenship is in heaven” (Philippians 3:20). This fact trumps all other commitments and loyalties. And herein is the fundamental danger of civil religion.

Civil religion changes religion from being an end to being a means. It uses religion as social glue, thereby making social solidarity the final end. Variants of this tendency were in Germany’s national socialism and Chairman Mao’s Little Red Book. To confuse an end with a means is to change one’s relationship to the thing itself. When one gets married in order to gain the inherited wealth of one’s future spouse, so-called marital love has become merely a means to an end. So too with civil religion: When religion is used to support the state, the state become the end, and not religion. God is not mocked, and those who would post the Ten Commandments on courthouse walls should well remember the first of those commandments: He tolerates no other God before Him. He is to be worshipped on his own terms—no God but God.

Civil religion also tends to emphasize the symbolic over the substantive. It is difficult to see how allowing vocalized prayer in public schools would substantively improve education or fundamentally change the direction of American culture. But simplistic pyrrhic victories, particularly if mediagenic and populist in nature, are to be sought at all cost. The amount of dust and rhetoric over matters that don’t really matter is astounding. We major on minors—and then wonder why nothing changes.

And finally, because it is socially accepted and religiously justified, civil religion can easily turn into idolatry, with all the consequences of pride and self-deception associated with it, when good things—like patriotism—are loved too much. When the cross is conflated with the flag and patriotic appreciation becomes over-attachment and reliance, civil religion crosses a line. But good things often become the worse things, because their inherent goodness blinds us to the danger of loving it too much. Parochialism, nationalism, and jingoism are the inevitable results of idolatrous civic religion. Civic self-righteousness is more dangerous than its purely religious cousin, because the state has the power of the military to back up its sense of being aggrieved. As Lincoln said in his Second Inaugural Address, we should be careful in assuming that God is uniquely on our side.

Separation of church and state will not stop civil religion. The separation is a legal institutional arrangement, while civil religion is a public search for meaning in times of stress. So civil religion’s head will rise again and again, even in the midst of increasing secularity. And though it may be a balm to those who chafe against the godlessness of civil society, it demands increasing discernment, particularly by those most inclined to its appeal.

Ironically, political conservatives, who most frequently use civil religion to bolster their desire to return America to its founding values, are not only putting a sacred patina on government, but they are diluting faith. The state is given a religious sanction and the church a secular justification—and yet, when all the rhetoric ends and the TV cameras stop rolling, nothing fundamental has been done or changed. Some may feel better about themselves, but it is at the expense of the body politic and theological integrity. It’s a bad bargain that is easily made—which is why caution is advised.

Corruptio optimi pessima: “The corruption of the best things are the worst things.”

The substance of John Seel’s four-fold caution regarding civil religion is equally applicable north of the forty-ninth parallel, although a bit of translation into Canadianese seems apt. Unlike our American friends—for whom debating exactly what the principle of separation of church and state means seems foundational in these debates—Canadian history does not include any such principle. (Even our Supreme Court declared in a 1985 decision that “recourse to categories from American jurisprudence is not particularly helpful” in relation to these matters.)

While we have our own historical contentions, our founding involved a “pact” between French Catholics and English Protestants, in which various commitments that look very much like “establishment” clauses were constitutionally guaranteed. The public role of religion was so deeply embedded that as recently as the patriation of the constitution and passage of the Canadian Rights and Freedoms in 1982, religious language was preserved. “Whereas Canada is founded on principles that recognize the supremacy of God and the rule of law . . . ” is the Canadian counterpart to “life, liberty, the pursuit of happiness.”

In practice, however, the cosmopolitan alternative to civil religion has been more aggressively propagated in Canada than the United States. Our official policies of bilingualism and multiculturalism have combined to resist melting-pot strategies, so the Canadian public square is one in which theistic language are not welcomed. Combined with our self-image of being “nice” and “tolerant,” this means that where public religious engagement can be framed as welcoming particular ethnic or minority interests, such activity is tolerated, whereas majority religious expressions of civil religion are frowned upon. In very practical terms, this meant that Canada’s post-9/11 service was multi-faith in character, although it did not include a Christian prayer.

That this is unsustainable is increasingly self-evident and civil religionists—of both the cosmopolitan and Christian persuasion—are increasingly engaging in public discussion on these matters. I suspect both sides of the border need to recognize that if we are to live together in peace, we must have some conception of what constitutes the “public good” that transcends the simple majority opinion of the day. At the same time, we need to recognize that the public square is not equipped to sort through competing truth claims of various faith perspectives, be they religious or secular truth claims: A new sort of civil discourse is required.