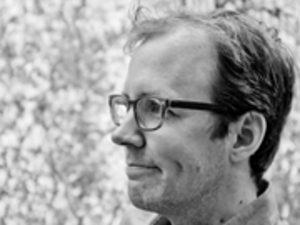 A few years ago, a friend of mine was going through U.S. customs at the Blackpool Border Crossing on the highway that runs south from Quebec into New York. He said he had nothing to declare, but then, as the sidearmed customs agent ran through the list of possible contraband (weapons? cash? drugs? agricultural products?), my friend made a fatal pause and then, the question repeated, fessed up: “I have some fruit in my backpack. Is there any way I can bring it in?”

The agent checked the list. Fruit wasn’t on it. “I’m sorry, sir; you’re going to have to either eat them right now, or give them to me.” And so my friend celebrated the return to his home country by sitting on the curb by the side of the bus, glumly splitting, peeling, and eating piece after piece of delectable tropical fruit—fruit he’d meant to share, in part, with me.

So it is that my favourite fruit remains, oddly, one I’ve never tasted. The reasons for that—both the longing and its unrequitedness—have to do with an odd intertwining of history, geography, friendship, literature, technology, contemporary international trade politics and, frankly, my just not being at the right place at the right time.

The mangosteen is a tropical evergreen tree originating in the islands of Southeast Asia and now prevalent throughout the region. The fruit is about the size of a smallish orange and has a hard deep-purple rind topped, eggplant-wise, with a jaunty green cap of thick stem and rounded leaves. The miracle of the mangosteen, though, comes when the upper hemisphere of peel is removed, revealing a wheel of milky-white segments set like jewels in their purple substrate, ready to be daintily picked out and savored. The disjunction between peel and flesh is far more pronounced than in any other fruit I can think of, and that’s what makes the whole concept of the mangosteen so appealing—they’re the fruit equivalent of a top-notch music box: you open them up and the most wonderful surprising things emerge.

My first inklings of the mangosteen’s flavor came from friends who’d discovered the fruit while living or traveling in Thailand, Malaysia and Singapore. They described it with the usual superlatives centering around a sweetness and dreamy delicacy. Searching for older, more nuanced descriptions proved more, shall we say, fruitful. The website Mangosteen.com provides a wonderful litany of historical descriptions:

[William Frederick] Burbidge, commissioned by the British firm Veitch and Sons, explored Borneo and described the flavour of the mangosteen as “…something like that of the finest nectarine, but with a dash of strawberry and pine-apple added.” [1880]

[Jean-Baptiste] Pallegoix in Thailand also weighed in, trying to describe the flavor, “They exhume a sweet perfume approaching that of the raspberry and have the taste of strawberries.” [1854]

Odoardo Beccari traveling through Borneo also waxes lyrical and it should be noted that these explorers all shared a temperate climate orientation and thus chose that reference point to help them describe this tropical fruit. Beccari summons a few of them: “… an abundant white, juicy pulp, soft, sweet, slightly acidulated, and with a delicate, delicious flavour, which recalls that of a fine peach, muscatel grapes, and something peculiar and indescribable which no other fruit has.” [1904]

Of this fruit, Eric MjÃ¶berg said, “The mangosteen has only one fault; it is impossible to eat enough of it, but, strictly speaking, perhaps that is a defect in the eater rather than in the fruit.” [1930]

The trouble with mangosteens is this: they are, more than many tropical fruits, a tropical fruit (“ultra-tropical,” Wikipedia insists). Getting them to grow outside their native region requires not only a bit of horticultural miracle-working but also a whole lot of patience, as the trees don’t begin bearing fruit until they’re eight to ten years old, raising a significant barrier to large-scale cultivation outside of the fruit’s traditional range. As a North American, my hopes for domestic mangosteen rest in the hands of a few exotic-plants enthusiasts in Florida and a forward-thinking farmer in Puerto Rico, whose first mangosteen harvests have only just begun—and are already sold out for the next decade. (Quote from his site’s FAQ: “I repeat, I do not have any mangosteens for sale.”)

Then there’s the problem of the pests: the United States import ban that scotched my friend’s Canadian mangosteen connection comes down to eleven ultra-tropical critters that threaten the livelihoods of American fruit-growers: the Asian fruit fly, Asian papaya fruit fly, green coffee scale, gingging scale, cocoa mealybug, pineapple mealybug, intercepted mealybug, coffee mealybug, passionvine mealybug and the citriculus mealybug. (Here’s how much I love this fruit: I even find its parasites to be extremely endearing.)

So the mangosteen was effectively banned south of the Canadian border—that is, until two years ago. 2007 was, it turns out, a banner year for exotic fruit diplomacy. The United States Department of Agriculture released a memo outlining options for the import of exotic fruits from Thailand (including the you-know-what) even as the agency, following up on agreements reached during George W. Bush’s visit to India the previous year, ended its 18-year ban on the importation of Indian mangos, including the ultra-sweet Alphonso variety, grown on the slopes of the Western Ghat mountains south of Mumbai and named for the 15th century Portuguese colonialist Afonso de Albuquerque. Afonso won fame conquering various forts along the Indian coast, establishing the colony of Goa. When he wasn’t snacking on mangos, he also managed to send the first rhinoceros to Europe since Roman days.

Rudyard Kipling recalled the earliest memory of his Bombay childhood in a phrasing suitable to the pairing of the mango and the -steen: “My first impression is of daylight, light and colour and golden and purple fruits at the level of our shoulder.” Fruit shopping would have been a point of pride for the Kipling clan: Rudyard’s father Lockwood designed the architectural friezes in Bombay’s sprawling Victorian Crawford Market, which is, says a New York Times travel piece, still the place to be from March till May, when the golden Alphonsos are in season, and purple mangosteens are present if not celebrated.

In any case, since 2007 both fruits, suitably inspected and irradiated (the Alphonso can harbor a rhinocerine critter of its own, the beautiful blotchy mango seed weevil), are in theory available fresh in the United States. The mangos are likely the easier find; stalking your local Indian grocery in late spring should do the trick. As for fresh mangosteens, after reading the available literature, the best advice I can come up with is “be in a major city’s Chinatown at precisely the right moment.”

Both fruits are easier to find in processed forms, readily available in stores and online in pulp and powder form, and mangosteens are often accompanied by a host of dubious medical claims (carefully debunked by our Puerto Rican planter). A couple of fruit-of-the-month-type websites even list mangosteens and alphonso mangos in their online catalogs, but only in the suspicious combination of very high prices and rather vague listings (consider, for example, the $40 pomegranate).

The other day I happened to walk by a Vietnamese market near my home in Beaverton, Oregon. As is my habit, I popped in and made my usual quick survey of the wares, with all their various combinations of familiar and exotic. Rummaging in the chilled shelving section somewhere to the left of the frozen duck legs value-pack, I saw what looked like a set of dusky purple tennis balls in a mesh sack. The form seemed familiar, but I couldn’t quite place it. They couldn’t be … and yet they were. I reached out to touch, for the first time ever, the fruit of my long longing. They were frozen solid. Wistfully, I returned mangosteens to the freezer—I wanted to try the fruit, but not this way.

The original forbidden fruit, hanging on the Tree of Knowledge in the Garden of Eden, was tempting in large part because it was available: good for food and pleasing to the eye and, as it turned out, ripe for discussion and for sampling. My own not-quite-forbidden fruits are by definition distant and elusive, and that makes for the whole attraction. No doubt, as my southeast Asian friends assure me, the mangosteen is still a wonder when it’s as familiar as, say, the blueberries I picked this morning in my front yard. But for me, knowing that such a fruit exists, and that it can be had, but just not yet, even by one such as me—well that’s its own sort of wonder. So when I finally do taste my first fresh mangosteen, it will be a joy but also a loss—not a fall like Adam and Eve’s, but a fall nonetheless.

Rudyard Kipling, in his Just So Stories (which, O my Best Beloved, he began work on while living in Brattleboro, Vermont, not too many dozen miles from the present-day Blackpool Border Crossing) revisits many of the eternally, cross-culturally resonant themes of the Genesis creation accounts. One tale in particular, “The Crab that Played with the Sea,” is a sort of second-order retelling of the narrative of the Fall: when the animalistic duties are being doled out by the Eldest Magician, and he allows the Man to rule over the birds of the air and the fishes of the sea, the King Crab decides he wants none of that and skulks off sideways to the heart of the Sea, causing all manner of tidal mischief. The Just So Story churns on, with odd diversions into the maritime geography of Southeast Asia and late-Victorian racism (“‘You are lazy,’ said the Eldest Magician. ‘So your children shall be lazy. They shall be the laziest people in the world. They shall be called the Malazy—the lazy people.'” Get it? Malays? Malazy? Oh, Rudyard.) So the story ends, with the tides set right and the crabs soft-shelled one month a year, and then Kipling launches into one of his interstitial poems, an odd doggerel composed of ship-listings from the London Times: “As the fisher of the Sea knows / ‘Bens,’ M.M.’s, and Rubattinos…” But the closing couplet—a quote which, incidentally, I’d been trying to track down in misremembered form for a decade now—runs thus and makes it all worthwhile:

You’ll know what my riddle means
When you’ve eaten mangosteens.