I have been doing documentary photography for almost a decade now. Very early I asked myself this question: Why do I take photographs? The answer was: to honour people living under pressure. To give those who we consider as “other” a voice and a story. In all these years I have been very much inspired by the poet Mary Oliver, who said that “Attention without feeling . . . is only a report.” A few years ago Hong Sangsoo shared a similar philosophy of image-making in his film Claire’s Camera: “The only way to change things is to look at everything again very slowly.” Seeing, listening—slowly. So when in 2016 I finally decided to start a long-term, self-assigned project to collect stories and photographs of immigrants, I wanted to produce work that is not just a report. Work that would evoke enough feeling in people to change their attitudes about immigrants. In the process, I found myself changed.

In 2016, I moved into an apartment building in Milwaukee, Wisconsin, that was home to hundreds of newly arrived refugees. I didn’t just want to take photographs of refugees; I wanted to experience relationships with them on a deeper level. Being in that community, I had the privilege of listening to countless first-hand accounts of people fleeing persecution, conflict, and unrest, living with uncertainty and fear—suffering people made in the image of God. Since then, I’ve travelled across the country meeting other refugees with similar stories.

Uncertainty and fear go together. An uncertain future makes us fearful people. Henri Nouwen points out that “this fear takes away our freedom and gives our society the power to manipulate us with threats and promises.” The people in the photographs in these pages have all spent their lives waiting for a certain and secure home. And many of them, even when they arrive safely, are still waiting to reunite with the families they’ve left behind, or are waiting to hear whether their family and friends are still alive.

As believers, we know that whatever happens to us, we can have confidence in the love of God. Paul describes this experience of the complete freedom of the children of God in Romans 8: “I am certain of this: neither death nor life, nor angels, nor principalities, nothing already in existence and nothing still to come, nor any power, nor the heights nor the depths, nor any created thing whatever, will be able to come between us and the love of God, known to us in Christ Jesus” (New Jerusalem Bible). Believing this should compel us to act.

The nations with all their suffering and determination are among us. As disciples of Christ, we have an opportunity to see them vividly and directly, not as sad apparitions hiding in the corner of our sight but as fully whole and fully human. When we see our neighbours—when we know their stories and sorrows in their own words—we step closer to our call to love. Because immigration has been a major divisive issue among Americans in the last few years and has created fear among many, we sometimes forget that behind every issue is a person we can get to know and honour and love. That God is at eye level. 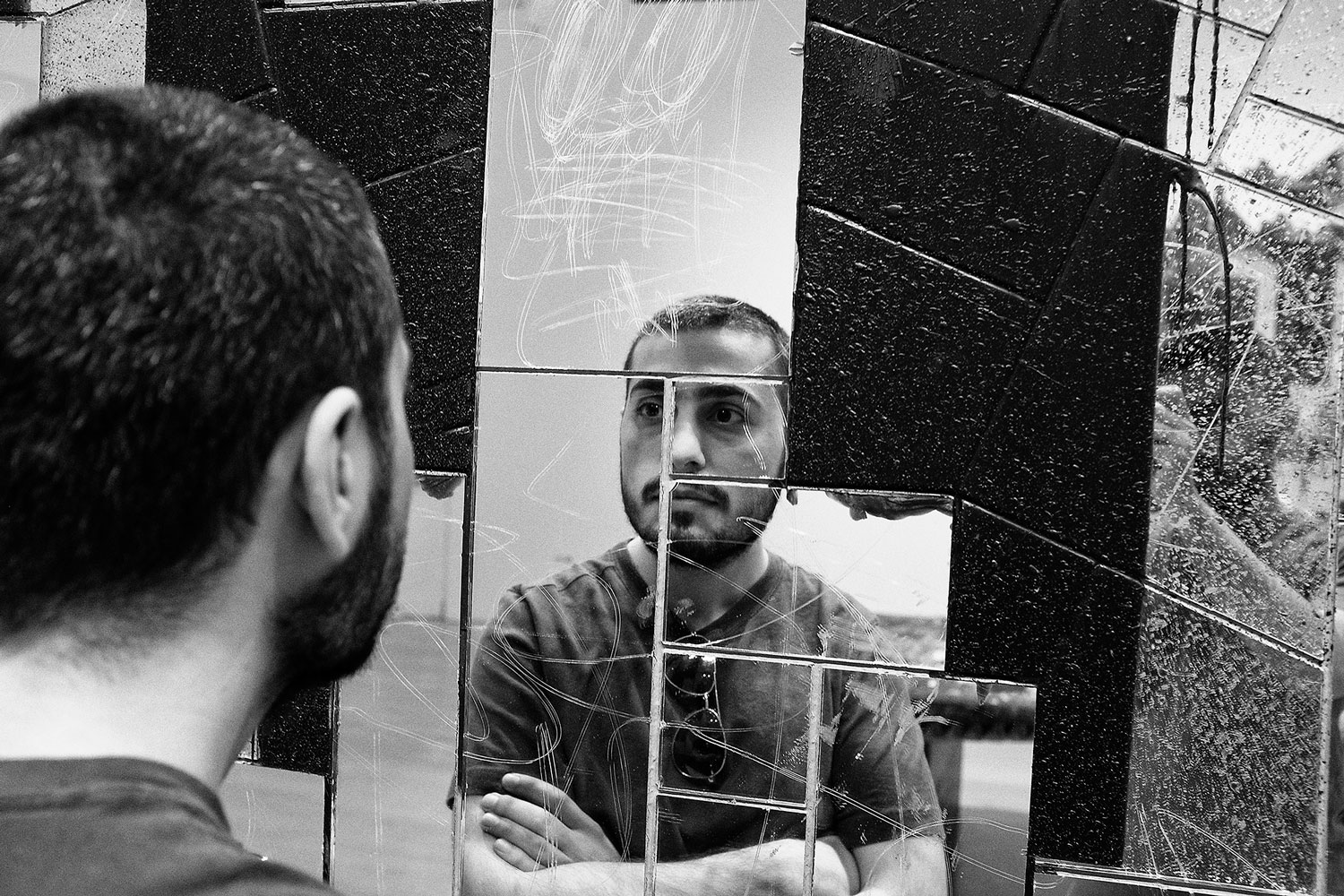 Abood was born in Al Hasakah, which is in the northeastern part of Syria. He left his home in Syria after the Arab Spring in 2013 and moved to Jordan. After a year he moved to the United States to study at a small Christian college and applied for asylum to start a life here. He says,

It is not easy waiting all these years and living every day with uncertainty. Six years later I am still waiting for an interview for my asylum case, and things are stressful, especially now with the pandemic and all this anti-immigrant rhetoric. I hoped that I would be a green-card holder or a citizen by now, and that is not even on the horizon.

My girlfriend of the last eight years from Syria went on to get resettled in Australia with her family. She was able to visit me and we got engaged in 2018. I thank God I have a job, but still I cannot think America is my home as it is not certain. I don’t have any guarantee that I can stay here. With uncertainty I cannot get a house or marry my fiancée and bring her here. I cannot go outside the US while my case is pending.

I met my parents last time in 2013 for a couple of weeks. They are in Syria, and I keep thinking about them and worry about them as I live okay here. I am still waiting. I don’t know for how long. The answer to the asylum case could be yes or no. I don’t know. I have hope that things will change in my life, and I am encouraged by the Word of God. I was planning to start a stable life, living my American dream. We have an Arab saying that goes something like this: even if you live in heaven by yourself it’s not worth it—without family, my fiancée—without my friends and folks that know me. 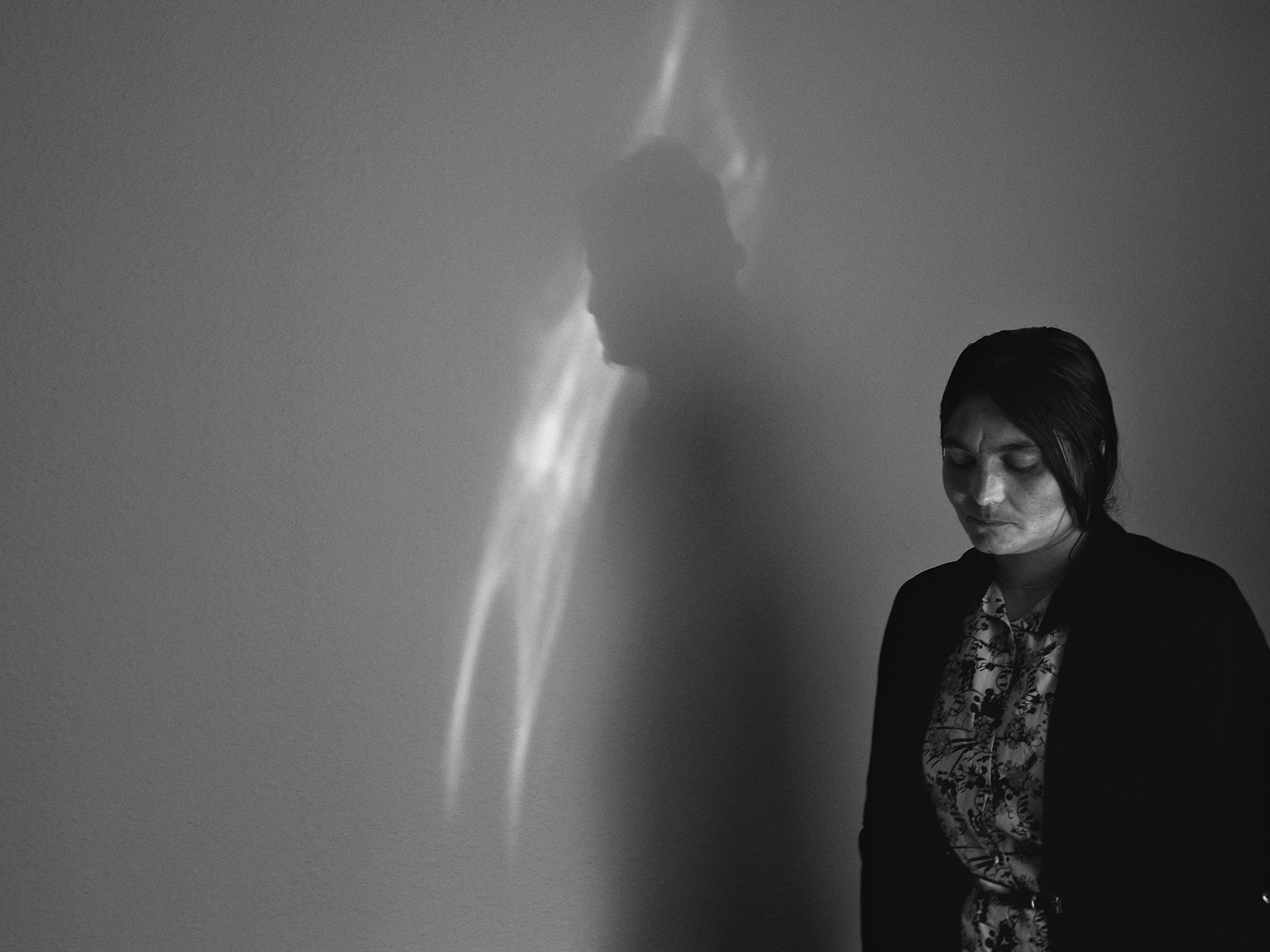 Shireen was among thousands of Yazidis terrorized by ISIS, who attacked their homeland of northern Iraq in 2014. More than ten thousand Yazidis were killed or abducted in that attack. Many women, including Shireen, were forced into sexual slavery. To prevent herself from being assaulted by ISIS fighters, Shireen pretended to be mute and disabled. Along the way she was tortured to prove she was faking, and she was sold five times. Eventually released by ISIS, she settled in a refugee camp before moving to the United States.

Shireen dreamed of being a lawyer prior to the attack. Now, she adjusts to her new life and awaits word of her missing brothers. 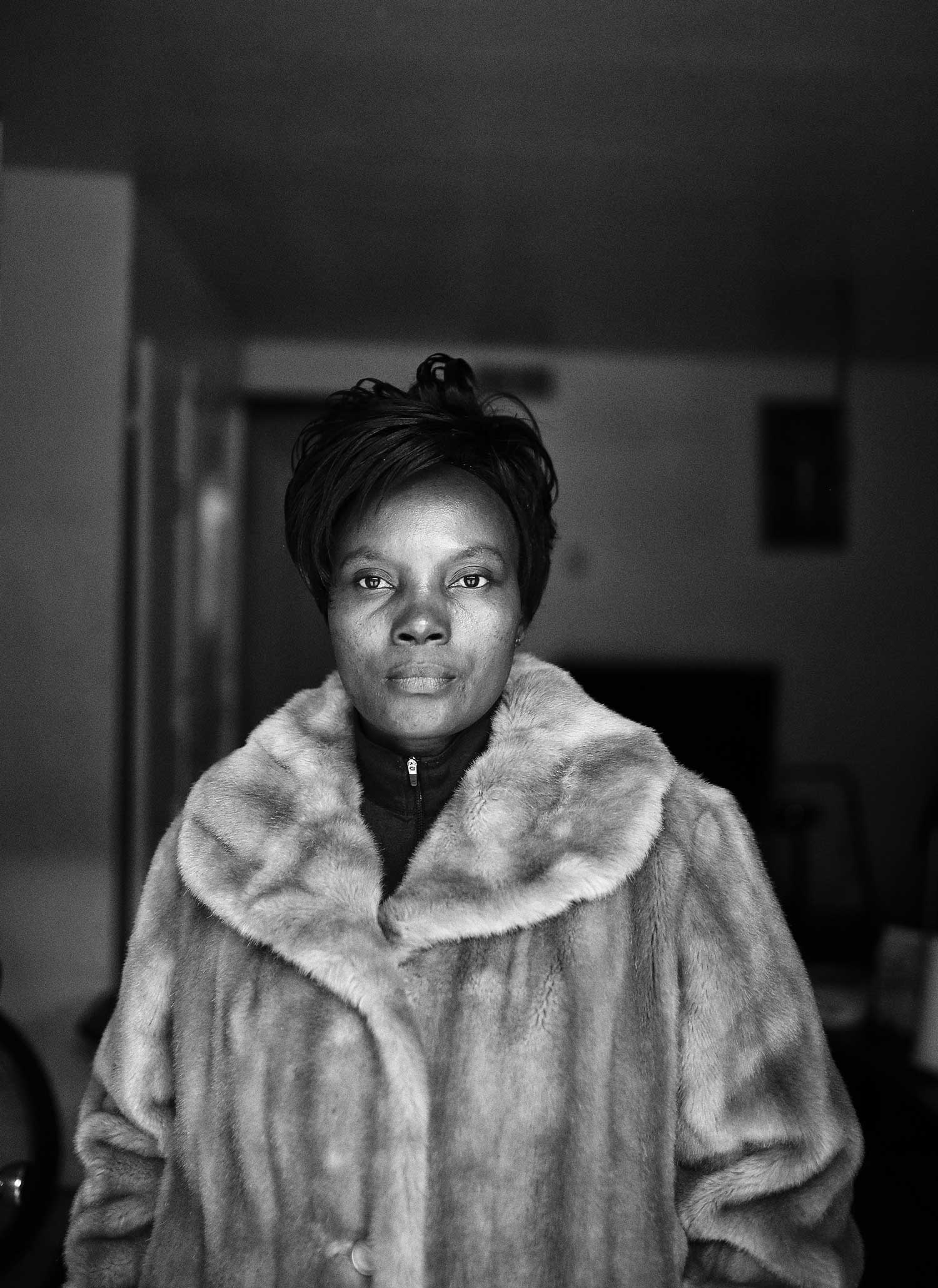 Celestine lived with her eight children in Goma, Democratic Republic of Congo. In 2006, they were forced to flee. Goshen, Gedeon, Urim, and Sylvia became separated from the rest of the family. They crossed Rwanda, Uganda, and Kenya, ending up in Ethiopia, where they lived in a refugee camp for four years. During the time in Ethiopia, they continued to search for their mother and the rest of the family. The four siblings came to the United States in the fall of 2010 and since then have been living in Aurora, Colorado. After coming to the States, they got connected to the Red Cross and with their help started contacting all the refugee camps in central and eastern Africa. After many months, they got news in 2011 that their mother and other four siblings—Bourgeon, Chandelier, Cherubin, and Diademe—were alive and living in Ethiopia.

The first letter they received in years from their mother said to “have hope.” The brothers in the States started paperwork for their mother and siblings to be admitted to the country with the hope to be united. After five years, in the fall of 2016, they received confirmation that their mother and siblings were coming to Denver. They were reunited and spent Christmas together for the first time in ten years. This family photo was taken a few days before Christmas 2016. (Only Sylvia is not pictured.) 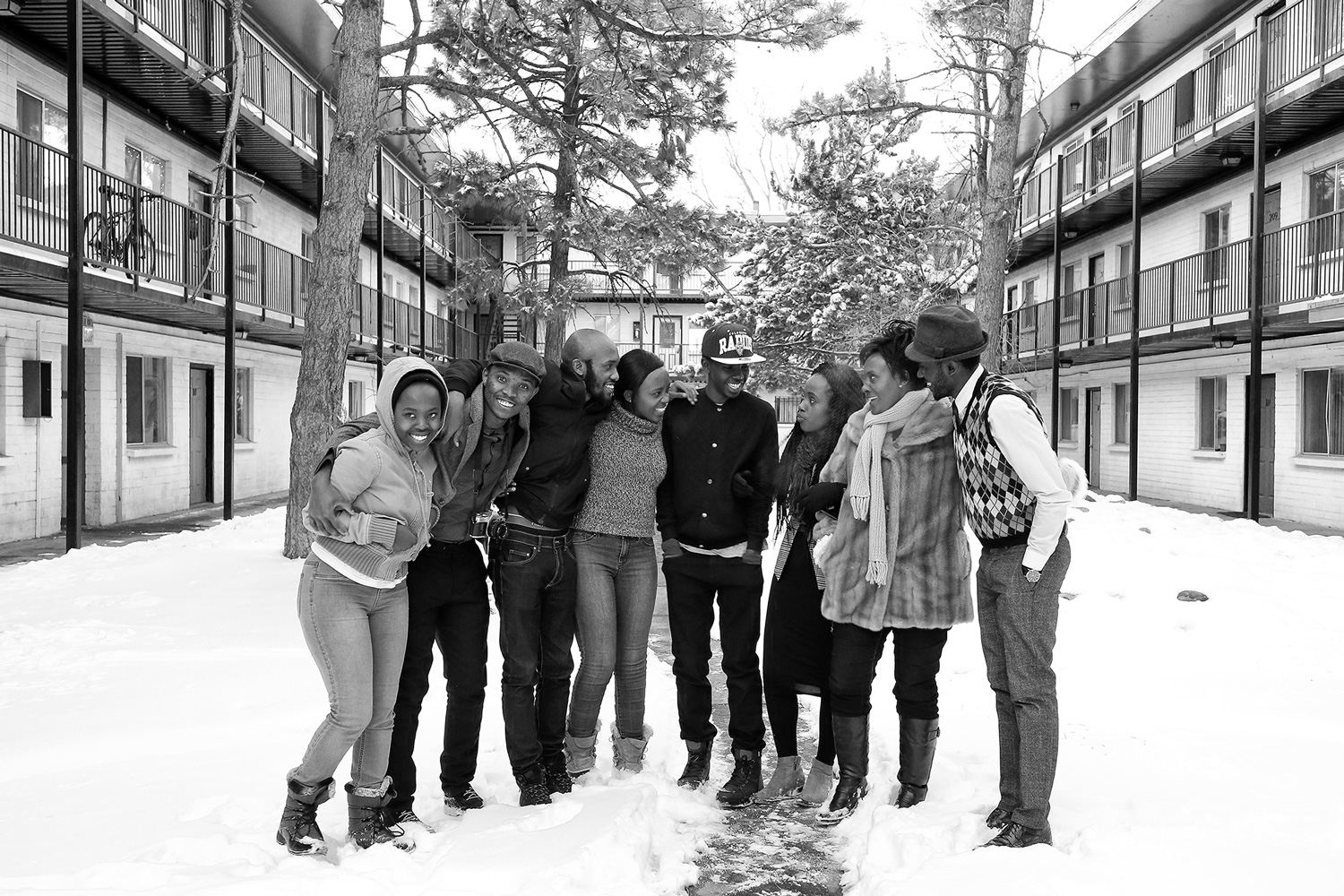 Celestine with her family, Denver, December 2016. 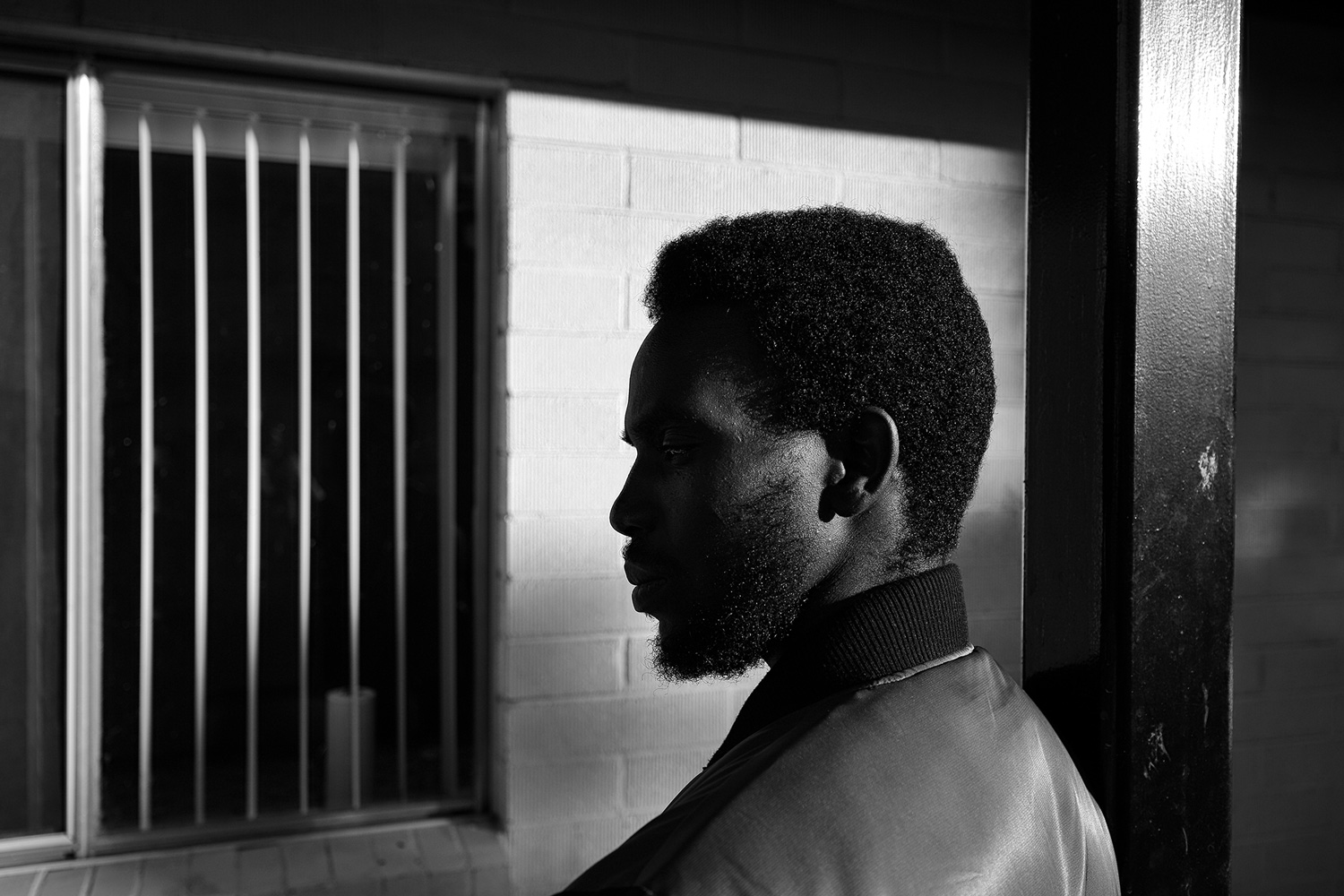 Elissa was born in Congo and grew up in Rwanda as a refugee. He lived there in a refugee camp for nineteen years before being resettled in the United States in 2015. Imagine being in a place you don’t like and having to stay there for nineteen hours or nineteen days or nineteen months, let alone nineteen years. The perseverance of Elissa and others like him can teach us something about living through uncertainty with grace.

According to a June 2020 report by the UN refugee agency UNHCR, there were around 79 million displaced people in the world at the end of 2019, including 20.4 million refugees under UNHCR’s mandate. The report further states that “of the 20.4 million refugees of concern to UNHCR around the world, less than one per cent is submitted for resettlement.”

So for more than 20 million refugees right now, living a life of uncertainty, resettlement will never be a possibility.

Edna Andrade.MMaybe scholars and collectors of manuscripts are afflicted by an ungentle madness:Frederic Madden had his own neuroses. He maintained a lifelong rivalry of near-deranged intensity with Anthony Panizzi, the British Museum’s keeper of printed books and...