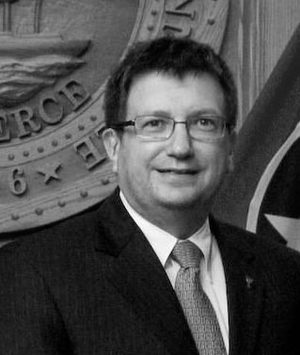 Setting the Table for Civil Society

What if there was a common experience that could act as a place from which to encourage civil discourse and a more deliberative politics?

Citizens can be awfully uncivil to one another; shouting people down and cutting others out of the conversation often substitutes for reasoned political deliberation. But what if there was a common experience that could act as a place from which to encourage civil discourse and a more deliberative politics? In her book The Taste for Civilization: Food, Politics, and Civil Society (University of Illinois Press, 2009), political scientist Janet Flammang proposes that there is such a place: the table, where we can share food and conversation.

Flammang argues that we can learn something of what it means to be citizens with a deeper appreciation of the common good by attending to what happens at mealtime. From the example of mealtime, we can look to other common practices that encourage us to find a civil common good with one another. And though these ideas will appeal to Birkenstock-shod progressives at a farmer’s market, they will also resonate with, for instance, the civility of those mediating institutions treasured by many a Burkean progressive—and to those formed within the practices of the church.

With a feminist’s attention to the role of women in household meals, Flammang looks to the social practices of preparing food, serving, and dining joined with good conversation as resources for renewing the practice of democracy. At mealtime, she observes:

Conversations require courtesy, a respect and willingness to consider things from another conversant’s position . . . Courtesy, like persuasive speech, involves some holding back of what one really wants to do and say, for larger common purpose: an enjoyable meal or a good law . . . Thinking of a circumspect, if not entirely candid, answer to host’s question about the quality of a dish served at a dinner party is the same skill as creating a respectful, if opposing, response to a legislative colleague.

Hear the echoes of Paul in Romans 14 or 1 Corinthians 8 in those words? Christians—who have their own resources centred in the Eucharist and breaking bread together—should heartily applaud this offering and even ask for seconds.

Though it occasionally displays a certain middle-class Californian flavour, Flammang’s far-ranging argument joins the practice of growing food, in the localism of Alice Waters’s “delicious revolution” and farmers markets, to an insightful description of the political implications of mealtime practices. Flammang discusses the art of conversation in relation to the civic virtues of thoughtfulness and generosity. After all, at a good dinner, there is food for all; no one should be excluded from or demeaned in dinner conversation. In those simple practices, political scientists can see implications from the table for shepherding social capital and bonds across differences, even as Christians also remember both the generous tables of Christians in Acts and Paul’s rebuke of the selfishness present at meals in Corinth. Furthermore, remembering Jesus’ table fellowship with sinners also might call us to reach beyond middle-class dinner parties and extend our civic tables to the more marginal in our communities.

Practices beyond the dinner table can also foster civil debate. As Ted Smith’s The New Measures: A Theological History of Democratic Practice (Cambridge University Press, 2007) reminds us in its consideration of Charles Finney’s revivals, practices as common as open seating arrangements in public venues and “whosoever will may come” invitations in church may break down barriers and foster an inclusion that models a more civil politics. Or we can recall a communion table that led Sara Miles, as she recounts in Take This Bread: A Radical Conversion (Ballantine Books, 2008), both to literally feed the poor and open a congregation as a venue for civil discussion of the Iraq War.

What does an open invitation to a community of faith say to us and our broader, more public communities about the kind of people we aspire to be? Our practices matter. If our manner of life and confession are consistent, then we may serve as a civilizing leaven to the civic discourse of our own society. Stanley Hauerwas and Romand Coles make much the same point in their Christianity, Democracy, and the Radical Ordinary (Lutterworth Press, 2010)—think of the possibilities for fostering compassionate civil discourse and inclusion that can be modeled by foot washing, or caring for the disabled. A spirit of humility or service expressed in tending to feet, or in serving with dignity the needs of one whose body or mind needs help, can foster a spirit in which a political body treats both strong and weak voices with dignity and respects the real bonds of caring that can arise from such sharing. By attending to such practices, we can move beyond simply assuring “maximum feasible participation” of seats at the common table for the lesser advantaged and toward genuine engagement—a habit of listening that treats even opponents as guests with whom we can break bread.