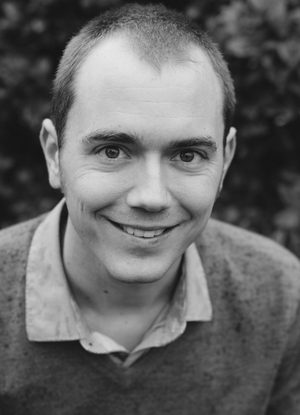 Our most hopeful response to climate change echoes a Biblical vision: not just abstaining from harmful acts but partaking in creative ones. I became an environmentalist in the same manner I became a Christian: I glimpsed something that made me shiver so completely with love that I wanted nothing more than to move toward it.

With respect to my faith, I met this coherent mercy through my parents, who taught me where to look for it and steadied me as I wobbled my first steps in the direction it seemed to be guiding.

With my love for creation, I found myself stopped cold and smitten at an explosion of greenery one morning on a campout at a Michigan summer camp. I didn’t know why this place moved me; I knew only that I wanted to honour it.

As I grew up, I grew confused about both of these loves. I was told the God of my religion was a loving father, yet the commandments he etched in stone seemed impossible to obey. Do not steal. Do not lie. Do not covet. Do not lust. I pictured a judge and a trial I would not escape. My head knew about God’s mercy, but my belly carried knowledge of a glowering authority who made me shiver not with joy but fright.

And as I learned about the requirements of the great vulnerable earth, I discovered another code of thou-shalt-nots. No gas-guzzling muscle cars. No long, hot showers. No large houses, frivolous jet travel, or corn-fed beef. I wanted to delight in the beauty of nature, but I found myself ridden with guilt.

Slowly, with the help of tender teachers, I came to understand the gospel invites us not to a legalistic trial but to shalom, the word of the Old Testament prophets for creation as it is renewed and cultivated to reach its full potential. The image of shalom woven through Scripture offers glimpses of creator, humanity, and the earth dwelling in peace. In the words of Micah, justice rolls down like waters, and righteousness like an everflowing stream. It’s a vision marked not by the absence of forbidden acts but by the presence of healthful ones—dancing, singing, feasting, inventing, building, resting—all alongside a God who laughs and plays.

It took me every bit of my adolescence to begin trusting this vision. It took me even longer to discover an environmental parallel—that love for creation means not just abstaining from harmful acts but partaking in creative ones.

For this lesson I can thank Alex Steffen, a West Coast thinker-speaker-dreamer and author of the recent e-book Carbon Zero: Imagining Cities That Can Save the Planet. Steffen has done as much as anyone to articulate what might be called bright green urbanism—a hopeful response to the climate change crisis that relies on cities as hotbeds of collaboration and innovation. If dark green environmentalism is about making do with less—the cold showers and anemic cars I feared—the bright green hope is that technology, used with care, can help us build places that are ecologically responsible and also sociable, pleasant, and prosperous.

This framework has been enormously helpful to me, and I think its appeal comes from the qualities that bright green urbanism shares with Biblical shalom. I’ll try to explain this through a tour of the brief, brisk Carbon Zero, which sketches a clear plan of what those of us troubled by climate change can work toward as an alternative to being paralyzed by guilt and fear.

And we’d better hope there are a lot of us eager to get to work. Carbon Zero begins with a wallop of brutal news, as must any honest reckoning of climate science. As Superstorm Sandy made clear last October, killing more than a hundred people and wreaking at least $50 billion in damage when it slammed into the East Coast, we no longer have the option of “no climate change.” Our remaining choice is between “extremely dangerous” and “catastrophic” climate disruption. Extremely dangerous still brings more droughts, fiercer storms, and rising sea levels. Smashing through even that barrier—climatologists say we could reach an average temperature increase of 6 degrees Celsius by century’s end—would mean chaos. “Imagine alligators in the Arctic,” writes Steffen.

In focusing on cities, Steffen finds hope in an unexpected place. While most climate activism has focused on national and international negotiations, and while the American environmental movement has historically carried a back-to-the-land rural flavour, Steffen argues that urban areas hold the greatest levers for making significant change. Partly that’s an issue of demographics. Demographers estimate that, by mid-century, seventy percent or more of the world’s population will live in cities.

More importantly, cities allow us to rapidly decarbonize our lives simply by bringing people in close proximity to each other and the things they need. Producing enough electric cars and solar and wind energy (helpful as they are) to replace all the fossil fuels we currently burn would require jaw-dropping amounts of production. Given the pace of global population growth, the political stranglehold of fossil fuel interests, and the time we have left, the math simply doesn’t pan out.

Well-designed multi-family dwellings can use a fraction of the energy of single-family houses, and they allow local governments to explore innovative infrastructure, such as district heating and distributed energy systems. A combination of aggressively retrofitting current buildings and focusing new construction on urban infill can bring about change more quickly than we might assume, says Steffen.

Maybe you don’t want to live in a downtown Manhattan skyscraper. The good news is that you don’t need to. “Densities that are much lower, more akin to the way small towns were laid out before the car, can provide sufficient cohesion to change the way communities get around,” says Steffen. If you don’t like the idea of policies promoting density, consider that government has spent the last seventy-five years promoting sprawl by building highways, neglecting public transit, subsidizing oil, restricting housing growth (through minimum lot sizes and the like), and a host of other policies. Policy has always created economic nudges; the question is the type of world we want to be nudged toward.

Urbanism also enables new business models that provide access to goods and services rather than ownership. An access-based economy already finds expression in car-sharing programs, libraries, health clubs, online lending sites, and fitness “boot camps” held in public parks, all of which function better in walkable neighbourhoods. Steffen uses a delightful statistic to give an example: The average power drill is used for six to twenty minutes in its lifetime. It spends the rest of the time taking up space. Instead of private toolsheds filled with scarcely used devices, neighbourhoods could offer tool-sharing libraries that let members check out what they need. “What I wanted was the hole, not the drill,” says Steffen.

We’ll still require food grown on farms, of course. Not everyone should live in cities. Smart urbanism can clarify rather than obscure the connection between nature and city. We can learn to see vegetated space as useful and not merely pretty. We can see rain runoff and waste—yes, even human waste—as potential resources that feed nutrients back into the food chain. By shifting control from agro-monopolies to local growers, our food supply becomes less carbon-intensive, more democratic, and more resilient in the face of climate disruptions. You can see a small-scale picture of this at any farmer’s market or community garden.

One of the reasons climate change is such a maddeningly difficult problem is that its effects are distant and delayed. Our coal-fired power plants cause saltwater to wash into Bangladeshi farms, but it’s impossible to draw a line to any single farm from any single smokestack (or electrical outlet in your home). Reductions in carbon pollution are similarly invisible. But the other effects of bright green progress are abundantly visible. When a neighbourhood becomes more sociable, safe, democratic, and economically vibrant, that’s easy to see.

“Done right, life will simply be better—measured by health, safety, security, prosperity, life experiences, and effective wealth-building—for most people in Carbon Zero cities,” says Steffen. “Indeed, the big open secret about urban climate action is not how bad things are—it is how good things can get.”

There is an element of imagination running through Carbon Zero, yet it doesn’t provide a full picture of what sustainable urbanism looks like. And no single book can. Instead, we have to look at the real world to catch scattered glimpses—the lively cores of cities like Copenhagen and London laid out before the auto era; the bartering economies of developing nations like India; the inventive designs of housing projects like Dockside Green in Victoria, British Columbia, the Olympic Village in Vancouver, or Hammarby Sjöstad in Stockholm.

Unfortunately, those projects share in common not just greenness but also high costs. Likewise, the pent-up demand for safe walkable urbanism in major American cities makes it a province mainly of the rich. High demand fuels gentrification and drives the poor to auto-dependent exurbs, where they’re saddled with higher transportation costs. The simplest way to drive down the cost of walkable housing is to raise the supply by building more of it. The question of equity will continue to surface—as it should—with each step toward urban reinvestment.

If it’s justice we’re concerned about, though, we can scarcely do worse than the unchecked status quo of climate change. Industrialized countries that contributed most to the problem will be the most equipped to adapt, while developing countries that caused the least harm will receive the brunt of its impacts (and already are). Worsening droughts have already forced climate refugees to abandon farmlands in the Horn of Africa, western China, and elsewhere.

I’m reminded that there is a broadness to the Biblical vision of shalom—a tent big enough for everyone, a seat at the table for everyone. In the words of Isaiah, the wolf dwells with the lamb, the leopard lies down with the kid, and swords are beaten into ploughshares. In the words of Matthew, the blind receive sight, the lame walk, those who have leprosy are cured, the deaf hear, the dead are raised, and the good news is preached to the poor.

If bright green urbanism has anything in common with that vision, it needs to share that quality of openness. Steffen focuses on North American cities because that’s what he knows best and because they’re influential in leading the rest of the world. But change will only succeed if it works in the world’s poorest and fastest-growing cities too.

I spent several years reporting on attempts to address climate change, from the stagnant processes in Congress and the United Nations down to inventive local acts like bicycling-sharing programs. I came to believe it’s the responsibility of journalists to expose not only wrongdoing, but also right-doing, to help people see (still with a discerning eye) what successful societies might look like. That responsibility extends to anyone who hopes to be a decent ancestor to future humans.

Because right now, we lack imagination. Plenty of people can see that our fossil-fuel economy is sputtering (as every pipeline spill and offshore drilling blowout reminds us). It’s just difficult to see what comes next. “We can’t build what we can’t imagine,” says Steffen. And from the Book of Proverbs: “Without vision, the people perish.”

Sketching and building out that vision demands the best of minds. The most exciting dimension of bright green activity is that it’s being imagined and tested and tried out by entrepreneurs, home-builders, planners, architects, engineers, scientists, cyclists, gardeners, investors, and others who don’t identify as typical environmentalists. Because a climate-resilient world is a more just and peaceable world, we need the help of pastors, teachers, and parents too. We need everybody.