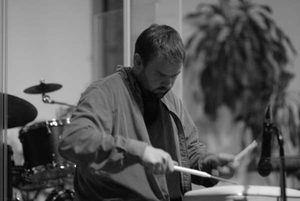 Sweet Spots in the Faith-Political Interface

This is the sweet spot-the messy, incremental, critical reality of public dialogue.

Bill Blaikie and Dennis Gruending provide significant new additions to the tiny Canadian library on the faith-political interface. Both are passionate players and observers of that controversial interface in Canadian public life. Their sharing of experience is shaped by a clear and (in my mind) valid assumption that the voice of the Christian left (a thin term that will have to do in this space) has been soft in comparison to that of Christian social conservatives (another thin term) in recent times. The sweet spots of meaningful political discourse and a robust faith-politics interface depend on respectful and fulsome airing of a range of perspectives. Blaikie’s and Gruending’s books help us explore these sweet spots and are, therefore, required reading for practitioners in the faith-political interface, and a fascinating perspective on faith and citizenship for voters in general.

Bill Blaikie is an ordained Minister in the United Church of Canada and was a long-serving and widely respected NDP Member of Parliament from Winnipeg. This book is a chronicle of Blaikie’s tenure in Parliament and is rich with stories of his efforts to integrate his Christian faith with a political calling. The book reveals a man with a fine theological mind who is a pragmatic realist and a critical thinker—he’s not at all afraid to criticize his own kind. The book is also a fascinating memoir of a political career, providing readers with an often-candid insider’s perspective on key public debates of the last thirty years.

In his beginning chapters, Blaikie sets out a conviction that faith perspectives are critical for politics and the common good. This conviction refuses the simplistic caricatures of Christians in politics that are all too common in the media: closet theocrats intent on imposing their narrow moral views on abortion and same sex marriage, and so on. As Blaikie puts it, “The Christian left and centre must not abandon the public square to a brawl between secular fundamentalists and the religious right.” As an MP, Blaikie felt the chill on faith in public life through judgments by fellow Christians and dismissive criticism of religious approaches by his colleagues on the left. These difficult tensions within a life’s work are, for Blaikie, a unique viewpoint from which to analyze key trends in Canadian public life. He insightfully notes that the public marginalization of religion has deep ironies for the left and right: “Both partake in their own way in an expanded liberal, individualistic, or autonomous view of human life. In one, personal choice is exercised over values; in the other, over consumption of products and services.” In this scenario, the left is winning culture wars, the right is winning the economic wars, and both insist on the privatization of religion in their winning sphere. Blaikie laments this secularization trend and hopes for a pluralism that is a rich public dialogue among a full range of faith and values commitments. Prophetic, justice-seeking faith traditions are not private and irrelevant but are, according to Blaikie, an essential resource for rulers in the tasks of justice:

The challenge for Christians in such a context is to find the sweet spot in the dialogue. It should enable the distinctiveness of the gospel to be confessed in a way that does not partake of the arrogant exclusivism associated with Christendom. Nor confessed in a way that loses what has sometimes been called the scandal of particularity.

Dennis Gruending has participated in the faith political interface as an NDP MP, a journalist, and as a lead staffer at the Canadian Conference of Catholic Bishops. Pulpit and Politics is an edited series of Greunding’s blogs (2007 onward). His central thesis is that religious progressives and conservatives have been locked in a battle for influence in Canada’s public square—and the Harper majority of 2011 is evidence that conservatives are winning. Gruending’s weaving of these blogs is a commentary on recent trends in the faith-political interface that is motivated by a transparent hope for a deeper progressive religious influence on Canadian public life.

Gruending argues that the successes of religious conservatives under the Harper government “should be the envy of progressives—religious or secular.” Evidence of this success, in Gruending’s view, is to be found in a few places, including in the proliferation of organizations like the Institute of Marriage and Family, the National House of Prayer, and the Canada Family Action Coalition (to name a few); in the presence of social conservatives like Darrel Reid and Paul Wilson in prominent positions in the PMO and ministers’ offices; and in the evolving pro-Israel stance in Canada’s international policy. In line with this thesis, Gruending considers Marci McDonald’s controversial book The Armageddon Factor to be a helpful but perhaps flawed treatment of the influence of religious conservatives on the Harper government.

Pulpit and Politics also provides some excellent content on the work of religious progressives in faith and politics. Gruending’s notes on luminaries such as Lois Wilson, John Hiemstra, Senator Douglas Roche, and Kathy Vandergrift reveal the presence of rich theological, policy, and strategic thinking among these progressive Christians. Gruending calls their efforts an attempt “to regain lost influence.”

Gruending walks his readers through a wide range of issues and anecdotes around faith and public life themes. Two stood out for me: His explorations of right-left clashes within the Catholic world are from the candid viewpoint of one who has worked inside that world; his treatment of accommodation issues is a valuable popular introduction to a complex issue and key thinkers like Will Kymlika. I appreciated the accessible and anecdotal nature of Gruending’s assemblage of blog entries.

However, my one quibble has sparked some thought. For the better part of the last decade, I’ve worked in the faith-political interface that Blaikie and Gruending address so passionately in these two books. So I’d like to offer a few reflections from my perch in a research and advocacy office for a church with oars in the “conservative” and “progressive” boats of the Christian community—the community I serve is one of a very few with formal relationships with the Canadian Council of Churches, the Evangelical Fellowship of Canada, and Kairos.

It is fair to say that Gruending sees polarity in the Christian world. And indeed, there is little history of consistent interaction between mainline and progressive organizations (CCC, Kairos, and so on) and the conservative groups (EFC, IMFC, and the like) that Gruending discusses. There are historical tensions of varying significance between these organizations that lend some credence to Gruending’s idea of a conflict for public influence among them. These tensions are difficult to escape, but I expect it will be important to find ways to work together in the interest of finding the “sweet spot” of public dialogue that Bill Blaikie talks about.

Throughout the tenure of the Harper government, I’ve had the opportunity to meet government policy makers. At times, the conversation turns to the limits and possibilities of faith influence with the government. I’ve been told candidly that Christian efforts across the spectrum have been weak, pathetic, and predictable and that credibility comes through consistent presence, careful research, and constructive approaches.

The little shop I work with has experienced reasonable access to government members through attention to these marks of credibility. (The charges of “pathetic” are unfair and harsh, but unfortunately perception is reality in public life.) In the relatively new majority context, I, and colleagues in “progressive” and “conservative” faith-based organizations, have experienced difficulty in building constructive discussion with the government. It is, perhaps, too early to call this a trend, but the initial signs are worrying. In any case, my observations of the faith political interface over the last decade and in the life of the current Parliament cause me to doubt claims of a dominating influence (though I agree there is some) of the Christian right and social conservatism on this government.

Both Gruending and Blaikie express a hope that the voice of the Christian right will not be the sole expression of Christian faith in public life. Again, I agree with this aspiration strongly. However, I do wonder if this is necessarily the polarized contest of influence that Gruending presents to his readers. Blaikie, as discussed above, describes the dangerous irony of the polarization of the Christian left and right: in the contemporary rush to autonomy, deeply held Christian values of the right (regarding individuals and the culture wars) and left (regarding consumers and market economics) have been deemed illegitimate in public debate. Immoderate rhetoric by all sides (faith based or not) in these debates entrenches polarization and sets up a thin public consensus that is difficult to challenge. Even writing these notes I have a slight sense of trepidation—but here goes: Are evangelicals with concerns for abortion or same-sex marriage really anti-human rights Neanderthals? Are progressive Christians with concerns for poverty, human rights in Israel-Palestine, or the speed of the development of the bitumen sands really tax-and-spend, anti-Semitic-anti-growth-anti-conservative tree-huggers?

In both cases I think not. These caricatures provide a lazy means of avoiding deeply textured public dialogue, and have marginalized legitimate faith perspectives on significant issues in our time. In this polarized context, our politics—writ large—are indeed at risk of being weak and pathetic because diverse perspectives and weighty debate are missing.

Whenever I reflect in any depth on the challenges of faith and public life, I’m reminded of a Recent Political Theory seminar with Comment contributor David Koyzis, and his fine introduction to the thought of Bernard Crick. Crick’s In Defence of Politics is a classic that contains poignant wisdom for diverse political contexts like Canada:

Since the business of politics is the conciliation of differing interests, justice must not merely be done, but be seen to be done. This is what many mean by the phrase “the rule of law.” The framework of conciliation will be a complexity of procedures frustrating to both parties, but ensuring that decisions are not made until all significant objections and grievances have been heard.

So, to build on Blaikie’s idea of a sweet spot of public conciliation let me offer a few modest propositions for Christian citizens and practitioners in the faith-political interface:

As Crick reminds us, sound politics is based on the full airing of diverse perspectives on the issues of the day. This is the sweet spot—the messy, incremental, critical reality of public dialogue. Christians can and should discuss values transparently, unapologetically, and respectfully in public debate and support the efforts of others to do the same. This can enhance the legitimate role of diverse faith and values perspectives in public life and, over time, pose a credible challenge to secular fundamentalism and amoral economism. Blaikie’s and Gruending’s meditations are, together, a reading of the spirit of the times that will be helpful for this challenge that is so essential for justice.