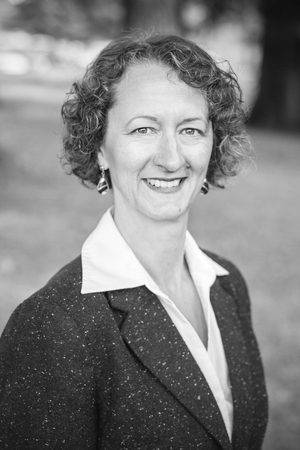 When to speak up

Increasingly, orthodox Christian beliefs are outside the mainstream . . . we should not be surprised if a time comes that our religious practices are questioned. Will there be anyone left to speak up for us?

Several years ago, I was sitting in the airport in Krakow, Poland, waiting for my flight to be called. A large group of Orthodox Jews entered the almost empty waiting room and proceeded with their prayers. Orthodox Jews look different. They have long beards. They wear black suits and black fedora hats. When they pray, they take off their jackets and strap boxes on their arms. They take off their hats and strap boxes onto their heads. Then they put on special prayer shawls that are white and black. When they pray, they all face towards Jerusalem, rock back and forth and chant.

Oh dear! The man beside me in the waiting room started to break out into a sweat. (You have to admit it: this seems like pretty odd behaviour, if you have not seen it before.) He asked me, “What are they doing?” I responded that they were praying. He seemed to calm down. We were a long way from the exit and it was difficult to leave.

My research work is in the area of religious freedom. This means that I am familiar with sometimes strange religious practices. I had read about Orthodox Jewish prayers, but I was quite fascinated to see them in action for the first time.

No doubt that for the Orthodox Jews, this was all very normal—even mundane. When you live in a particular religious culture, your everyday observance of faith is quite normal. But for those outside the faith, it can be pretty weird, if not disturbing.

In Canada, we tend to think that our society is at least tolerant of religion and religious practices. And for those of us that have beliefs and practices that are close to the mainstream, that is true. No one really takes issue with us going to church on Sunday. We have public holidays on Christmas and Easter so we don’t have to fight for the ability to observe our high holy days.

But people whose beliefs are outside the mainstream encounter real challenges—and their perception of Canadian tolerance of religion may be quite different.

Consider, for example, a recent Supreme Court of Canada case dealing with Hutterian Brethren, more commonly known as Hutterites (on which Cardus’s Ray Pennings commented in Canada’s Globe and Mail). Those of you who live in the Canadian Prairies will no doubt have at least seen Hutterites, and maybe you’ve even made jokes about them. They live in colonies and hold property communally. They farm collectively. Unlike the Amish or Old Order Mennonites, they use electricity and modern conveniences. I have a relative who is a John Deere salesman and he really likes his Hutterite clients because they buy the biggest, most modern farm equipment.

So, what could possibly bring a colony of Hutterites to the Supreme Court of Canada? Well, in the province of Alberta, it is mandatory to have a photograph on your driver’s licence. Some Hutterites believe that having a photo taken violates the second commandment (look it up). They went to court asking for an exemption from the mandatory photo requirement so that they would not be required to violate their religious beliefs.

The Hutterites had good reason to believe that they would be successful in court. In the very first religious freedom case to come before the Supreme Court of Canada, back in 1985, Justice Dickson stated, “Freedom means that, subject to such limitations as are necessary to protect public safety, order, health, or morals or the fundamental rights and freedoms of others, no one is to be forced to act in a way contrary to his beliefs or his conscience.” That seems pretty clear.

And more recently, in response to the Same-Sex Marriage Reference, the court said that religious freedom is “broad and jealously guarded.” That seems pretty clear.

But unfortunately for the Hutterites, they lost. The Chief Justice wrote the judgment for the majority decision (there were two dissents) and said that a driver’s licence is a privilege, not a right. She said it would be an inconvenience for Hutterites to have to hire others to drive for them but it was not insurmountable.

OK, check it out in the phone book: is there an entry for grain truck taxi companies?

We are not talking about people not being able to drive themselves to medical appointments. Elderly people who can no longer pass a driver’s test have to face calling taxis or relying on friends to get them where they need to go.

On the other hand, Hutterites farm. They have large operations. They need to get their product to market. No doubt businesses will spring up to cater to this new market, perhaps even buying the grain trucks from the Hutterites who can no longer drive them.

Of course there were other things in the judgment that all religious adherents will appreciate. The judges said important and supportive things about religious freedom. I am very pleased that, for the first time, the Supreme Court of Canada acknowledged the communal aspects of religion, rather than the usual focus on individual religious practices.

But the Hutterites lost the case. They must now choose whether to be coerced into violating their religious beliefs. I hope they don’t. Christians have often let themselves be influenced by the culture rather than standing firm on beliefs.

There will no doubt be discussions in the Wilson Hutterian Brethren Colony about whether to give up on their prohibition on being photographed. But if you feel strongly enough about your beliefs to go all the way to the Supreme Court of Canada, is it not worth maintaining even in the face of adversity?

Jehovah’s Witnesses have also faced adversity time and time again over their prohibition on blood transfusions. They base this on Acts 15:29. They have had to fight in the courts for the right for adults to have this religious belief respected. But when it comes to children, even mature teenagers, the practice is not only not respected, but it is often considered abhorrent, not only by the courts but by other religious believers.

There is an often-quoted poem attributed to Pastor Martin Niemoller:

First they came for the Communists, and I didn’t speak up, because I wasn’t a Communist.

Then they came for the Jews, and I didn’t speak up, because I wasn’t a Jew.

Then they came for the Catholics, and I didn’t speak up, because I was a Protestant.

Then they came for me, and by that time there was no one left to speak up for me.