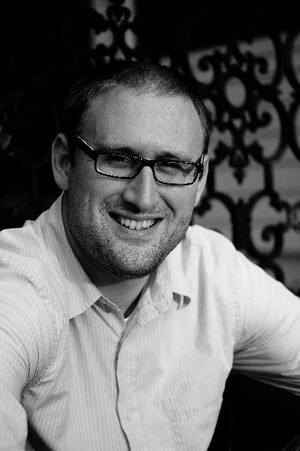 Like a gang or a platoon of soldiers, a sports team forms its members. The question is this: is it forming to the right end?

I played organized sports throughout college. I have been in the church my whole life. I’ve had plenty of conversations about sports and the Christian life.

Over the years, with the help of Abraham Kuyper, I have come to realize that the church has not thought as carefully and hopefully about sports as it should. I grew up in evangelicalism, and have this tradition in mind, but I don’t think it is presumptuous to include other Christian denominations and traditions. Given the cultural infatuation with sports and the “celebritization” of athletes—even within the church—this lack of careful and hopeful reflection is lamentable. Not only is proper reflection necessary, but it is also urgent.

Many Christians I have talked to assume that sports as an activity can be a fun and pleasurable means of enjoying God’s creation, but sports as an institution doesn’t really have any relevance to God’s creational and eschatological purposes. Few think there is lasting value to sports beyond enjoyment, and few think playing professional sports is a Christian calling. Both perspectives tend the miss the bigger picture.

When we think of playing sports, probably few think of it as teaching us a techne (skill). Even fewer think of it as apprenticing us in a way of life, and even fewer as a means of cultivating Christian character and virtue. The irony is that this is precisely what playing sports does, and can do, whether we recognize it or not.

Athletes learn more than just how to dribble a ball or throw a disc; they learn how to function. They learn how to “play” with others. They learn how to be. They learn values, attitudes, habits, and goals from their coaches and teammates that inform their interactions with them as well as others. They are socialized. This socialization is cultivated by engaging in practices that form their response to all sorts of events, feelings, and interactions—not only on the court or in the field, but also every day as students, friends, siblings, lovers, spouses, parents, citizens, and so on.

We need to take this formative aspect of sports a little more seriously. Like a gang or a platoon of soldiers, being a part of a sports team forms us. The question is this: is it forming to the right end?

When we begin to take this formative aspect seriously, I think we can begin to see how playing sports relates to God’s vision for all creational activities he has ordained. If “taken captive” and informed by the right values and goals, playing sports can “socialize” us in kingdom living. Like every other activity, it can be an opportunity for worshipping and communing with our creator. It can be a means for forming us as citizens of his kingdom. And this formation can have lasting value. It can cultivate Christian character through virtues that inform our vocations and covenantal living with God and others. When we realize this, it can give us—and should give us—a greater appreciation for sports as an activity.

A few months ago, I had the opportunity to present themes from this article to college athletes interested in the relationship between sports and vocation. I tried to encourage them to take their participation in athletics as seriously as their academic studies. (I had to do a little convincing first that God cares about their bodies as much as their minds.) I tried to point out, from my own experience, how my participation in sports—of course through the work of the Holy Spirit and with the nurturing of the church—has helped me cultivate Christian virtues that have deepened my relationship with God and others as well as informed other aspects of my life. I told them I’m convinced sports have helped me be a better husband, father, student, professor, and friend.

Through habits of physical exercise and mental discipline, playing sports can cultivate physical virtues like health, strength, endurance, and toleration of pain, and mental virtues like courage, patience, commitment, determination, and humility. Such virtues, if not vital, are at least useful for faithful Christian living. (It doesn’t matter what you are called to—you probably need to be healthy and have a good dose of patience.) Insofar as these virtues are useful for faithful Christian living, they have relevance for God’s kingdom and our participation in it. They can enable us to participate more intensely in the drama of God’s kingdom by preparing us for, and developing us in, our callings and responsibilities in this kingdom. They can help us flourish.

The Christian’s call to “consecrate every department of life,” as Abraham Kuyper once put it, does not stop with sports as an institution. As a “sphere” of society, the institution of sports needs to be consecrated. We need faithful Christians playing organized and professional sports consecrating the institution for God’s glory. (We also need faithful coaches, trainers, commentators, analysts, bookkeepers, concession stand workers, janitors, and so forth.) We must recognize that those who are called to this consecration are just that—called. Being a faithful Christian softball player is just as important to God and his kingdom as being a faithful Christian politician. God’s reign over creation knows no bounds. Our calling to “exercise his sovereign authority” shouldn’t either.

That being said, to be honest, I don’t know what it would look like for Christian athletes to consecrate the institution of sports. But I can imagine how it could be imagined.

We could imagine competition and the categories of winning and losing in a different light.

When the game is situated within the framework of God’s glory and his kingdom, it can be seen as an avenue for the athlete to perform to the best of her ability before God (coram Deo). As creation is the theatre for God to show his glory, the stadium can be a theatre for the athlete to bring God glory. Likewise, when the game is perceived in this way, the categories of winning and losing can inspire the athlete to give more and perform better. In the same way the law can, in the words of the Belgic Confession, “regulate our lives” and inspire us to strive for obedience, winning and losing can regulate our performance and inspire us to strive for excellence.

We could also imagine opposition and teamwork in a different light.

The athlete’s teammates and opponents can be seen as fellow creatures performing before God, offering him a sacrifice of praise. An opponent can be seen, not as a hostile rival, but as a fellow participant challenging the athlete to excel in her performance. Similarly, her teammates can be seen as fellow performers who are offering their sacrifice of praise alongside her. The team can be seen as a body working together raising its arms in worship to its most important spectator. Mistakes and errors can be forgiven. Each can encourage and challenge each other on to better play next time. A mystical fellowship and solidarity can emerge through winning and losing when God’s glory is the focus.

More careful reflection and hopeful imagining of sports is needed in the Christian community. The locker room forms us as much as the classroom. Sports can help us become better followers of Christ. They can school us in Christian character and virtue and enable us to be more effective agents of God’s redemption. As an institution, sports has significance for God’s kingdom and our participation in it. The stadium is as important to God’s creational and eschatological purposes as the sanctuary, the court room, or the auditorium.

It’s time we take the game a little more seriously.