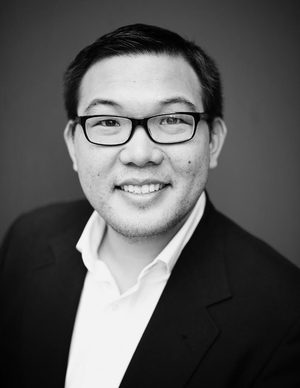 Neither Salad Bowl, Nor Melting Pot

The body of Christ preserves both unity and diversity without privileging either.

Race is a touchy subject. Beleaguered listeners look at me askance whenever I hold them captive in Sunday school class on this topic. I don’t blame them. After all, over the past few decades, it has become increasingly difficult for people to speak honestly their thoughts on race, inequality, fairness, and identity. There are few worse epithets in common parlance than “racist.” Those who are willing to “say what the rest of us are thinking” risk being labeled. To make things more difficult, many consider the relative infrequency of overt acts of racial hatred to mean that we have made enough progress to move on to bigger issues or to look elsewhere for ongoing causes of inequality.

So, why rehash differences that are symbolic of a painful past when we are beyond the physical violence once perpetrated because of those differences? Of all the great reasons, I’d like to highlight just one: Christians who genuinely long for diverse relationships and churches are having difficulty generating them.

Why is this so hard? It certainly is not because of a lack of will. Denominations that have taskforces, initiatives, and committees dedicated to diversity still report an overwhelming majority of non-Hispanic whites in their midst. Even more vexing is the embarrassment of fallow theological riches in the Reformed tradition that cast a vision for a pluriformity (or diversity) of life that prefigures the “wealth of nations” coming in to adorn the place where God rests his feet (Is. 60:13).

For example, Abraham Kuyper’s well-known Stone Lectures flow with praise for the United States—with which Kuyper seemed enamoured—where “commingling of blood is assuming a larger proportion than has ever yet been known.” Kuyper took this as a confirmation of the lessons from history that “shows that the nations among whom Calvinism flourished most widely exhibit in every way this same mingling of races.” (However, it should be noted that by “races,” Kuyper did not mean what we have come to mean. Instead, he refers to Celts, Germans, Scandinavians, and Slavs. Nowhere does he call for commingling of what we now refer to as African Americans and whites.)

Additionally, Kuyper inveighed against misguided homogenizing impulses that characterized the French Revolution, and established instead that diverse cultural expression (fashion, architecture, and so on) pleases God. A promising start.

Theologian Herman Bavinck takes us considerably further. Today, freshly-minted seminarians talk excitedly about the doctrine of the image of God as the basis for treating others rightly, to exhort young people to personal wholeness and well-being, and so on. Bavinck, however, was never handcuffed by an individualistic/relationalistic way in which to conceive the image of God. Rather, he writes in his Reformed Dogmatics that “not the man alone, nor the man and woman together, but only the whole of humanity is the fully developed image of God, his children, his offspring. The image of God is much too rich for it to be fully realized in a single human being, however richly gifted that human being may be.” Instead, we await what the writer to the Hebrews articulated so hopefully: “that apart from us they should not be made perfect” (11:40b). In other words, the image of God is incomplete without all of us there before the throne in Revelation 7:9. In this way, it is as though we were talking also about the body of Christ—again, incomplete without each of its constituent members.

Now, one might think that an emphasis on pluriformity in life might yield an appreciation for diversity in cultural expression. Likewise, one might think that a collectivist vision of the image of God might extend our hospitality and invigorate our embrace. Instead, it has become all too easy to be “bewitched” as the Galatians were. Commentators, putting Peter in his best light, speculate that Peter’s withdrawal from table fellowship and Paul’s ensuing public smackdown was over Peter’s well-intentioned, but anathema-deserving stunt to protect the Gentile church from “certain men from James.” Neither this duplicity (in which we “go native” for a brief time, then voluntarily extricate ourselves because, heck, we can!), nor the homogenizing impulse (in which “they” must be like “us” to become one of us) suited Paul, who was forever changed both by the mission he received from the risen Christ and the Gentile contexts and persons to which he was sent.

How is it that we have come to pick up these blunt tools, as opposed to the incisive theologies of Kuyper and Bavinck? If it’s any consolation, we are not alone in overlooking these resources. Apartheid South Africa saw Kuyper’s pluriformity twisted into mere relativism—the kind that makes it difficult to take others seriously. Reformed Black South Africans looked elsewhere for theological resources to liberate them, and so have we. “Diversity” (big air quotes here) has long been the watchword for multiculturalism, whose frequently attendant cultural relativism is of very limited help to us. About this, Salman Rushdie once quipped that when cultural relativism reigns, minorities fare worse and “the bigger culture will always win.”

Instead of being complacently “cool with that,” we are helped to see diversity as very intentional and very beautiful handiwork that is building up, stone by stone, a single temple in which God dwells by his Spirit. Neither salad bowl nor melting pot, the body of Christ preserves both unity and diversity without privileging either.

Don’t be deceived. It won’t suffice to just think additional thoughts—this has been tried long enough. One literally feels different when another irreversibly changes him or her. Jesus would show Saul of Tarsus how much he had to suffer for Christ’s sake. Every hardship he endured on his mission was an intentional reach backward to the Genesis 12 promise and forward to the Revelation 7:9 vision. Perhaps as we commit ourselves to God’s multiethnic mission in and to the world, we will encounter the kinds of name-changing experiences that help us discover who we were meant to be together.